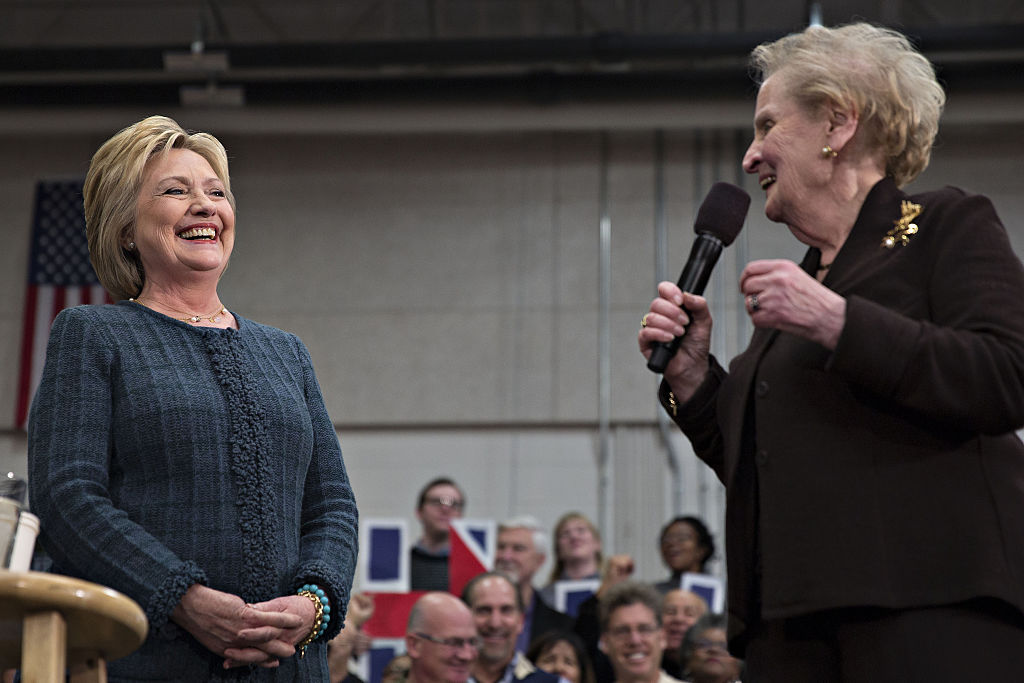 The first female Secretary of State, Madeleine Albright, made an emphatic pitch Saturday to young women to support one of her successors, Hillary Clinton, who is working to narrow the gap in the Granite State with Bernie Sanders just three days before the first-in-the-nation primary.

“Just remember, there’s a special place in hell for women who don’t help each other,” Albright said—a saying she often uses—addressing the young women in the crowd who may still be undecided, as she introduced Clinton at a rally in a middle school gymnasium.

Her comments come as Clinton faces a significant gap in support among younger voters, including young women, who prefer Sanders.

Albright used her remarks to push back on the Sanders threat and his call for a new political revolution.

“So people are talking about revolution,” she said. “What a revolution it would be to have a woman president.”

Albright also defended Clinton from Sanders’ charge that she is not a progressive—a point of tension in last week’s Democratic debate. Referencing Clinton’s landmark address in China in 1994 that “human rights are women’s rights, and women’s rights are human rights,” Albright argued that speech should serve as proof enough.

“Say that in Beijing, pretty progressive, right,” she said.