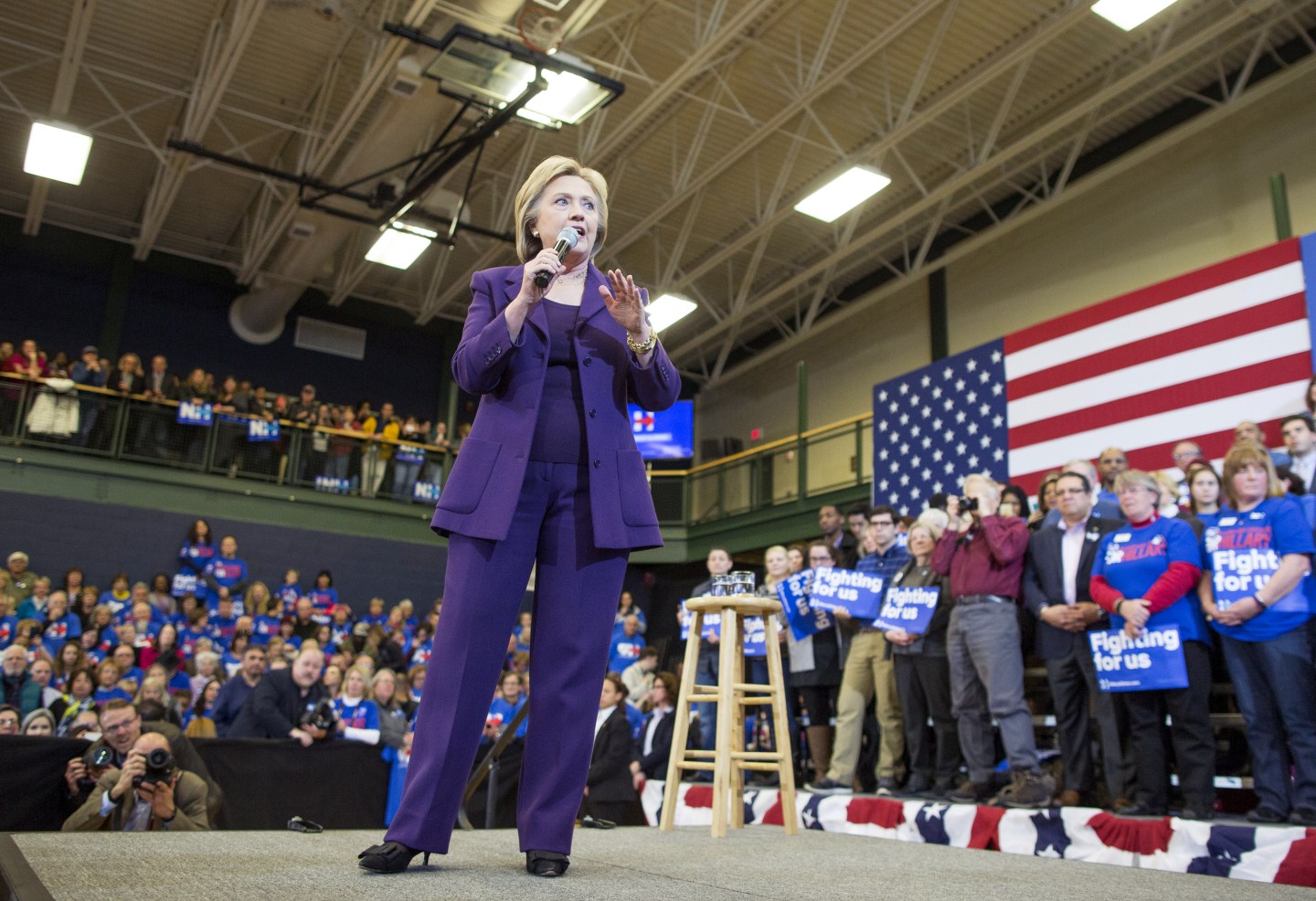 “Their behavior is outrageous,” Clinton said at New England College, where she was campaigning ahead of the state’s nominating contest on Tuesday, Feb. 9.

Clinton’s criticism of the student loan servicer comes after she lost badly among young voters to Democratic challenger Bernie Sanders in last week’s Iowa caucus. She received 11 percent of the vote among 17 to 24 year olds who caucused in Iowa versus 86 percent who supported Sanders, according to a NBC News exit poll.

Clinton’s statements came in the response to a question from the audience related to student debt.

Navient is being investigated by the Consumer Financial Protection Bureau over late fees and other matters, the company revealed in an August regulatory filing.

“We understand the politicization of student loans, but we remain focused on delivering excellent service to our customers,” said Navient spokeswoman Patricia Christel in a statement, inviting Clinton to come meet their “hardworking employees and learn firsthand about our industry-leading default prevention work.”