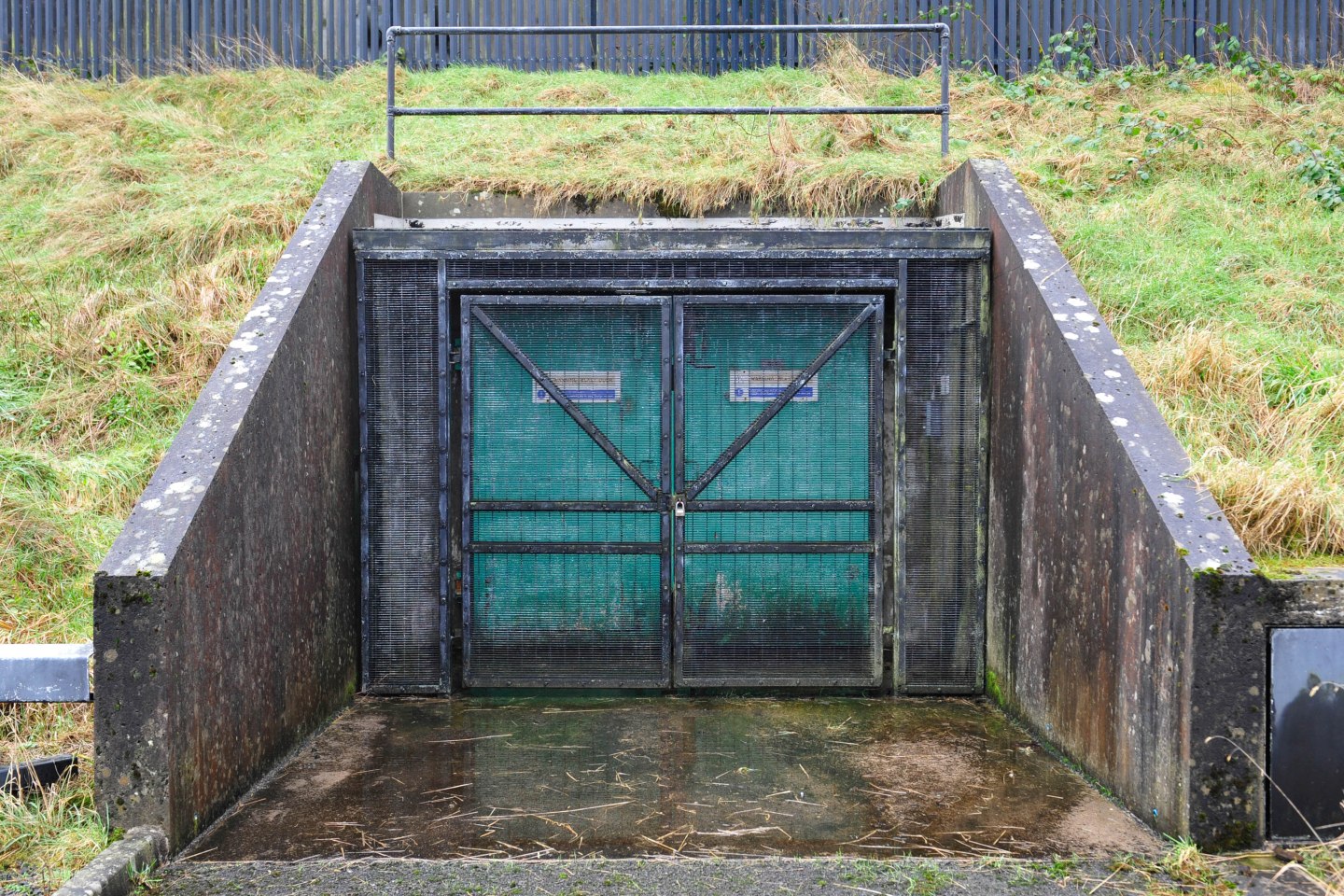 Padlocked gates secure the entrance to a former regional government nuclear bunker in Ballymena, U.K., on Thursday, Feb. 4, 2016. The property that was opened in 1990 and designed to accommodate over 200 people is being marketed by Lambert Smith Hampton.
Photograph by Aidan Crawley — Bloomberg via Getty Images

The property in question is a nuclear bunker situated at the edge of Ballymena, a town northwest of Belfast in Northern Ireland. Built by the U.K. government in the 1980s during the Cold War, it is believed to be one of the last bunkers of its type still standing, according to the listing by agency Lambert Smith Hampton.

The 46,383 square foot-bunker contains 236 livable rooms and has two floors, one completely underground. Interested buyers will have to buy it from the Office of Northern Ireland’s First Minister and Deputy First Minister, who own the bunker.

The existence of the bunker wasn’t even widely known until 2007, as it was a state secret until the BBC unearthed it during a Freedom of Information Act filing on Northern Irish nuclear bunkers, reported News Letter.

“This is an extremely rare listing and offers a unique opportunity for potential buyers,” Andrew Fraser, the firm’s surveyor, told The Irish Times. He said interest in the property is expected to be high and believes the bunker can be transformed into a tourist attraction or an emergency home in case of World War III.