This Animal Is Humanity’s Deadliest Enemy 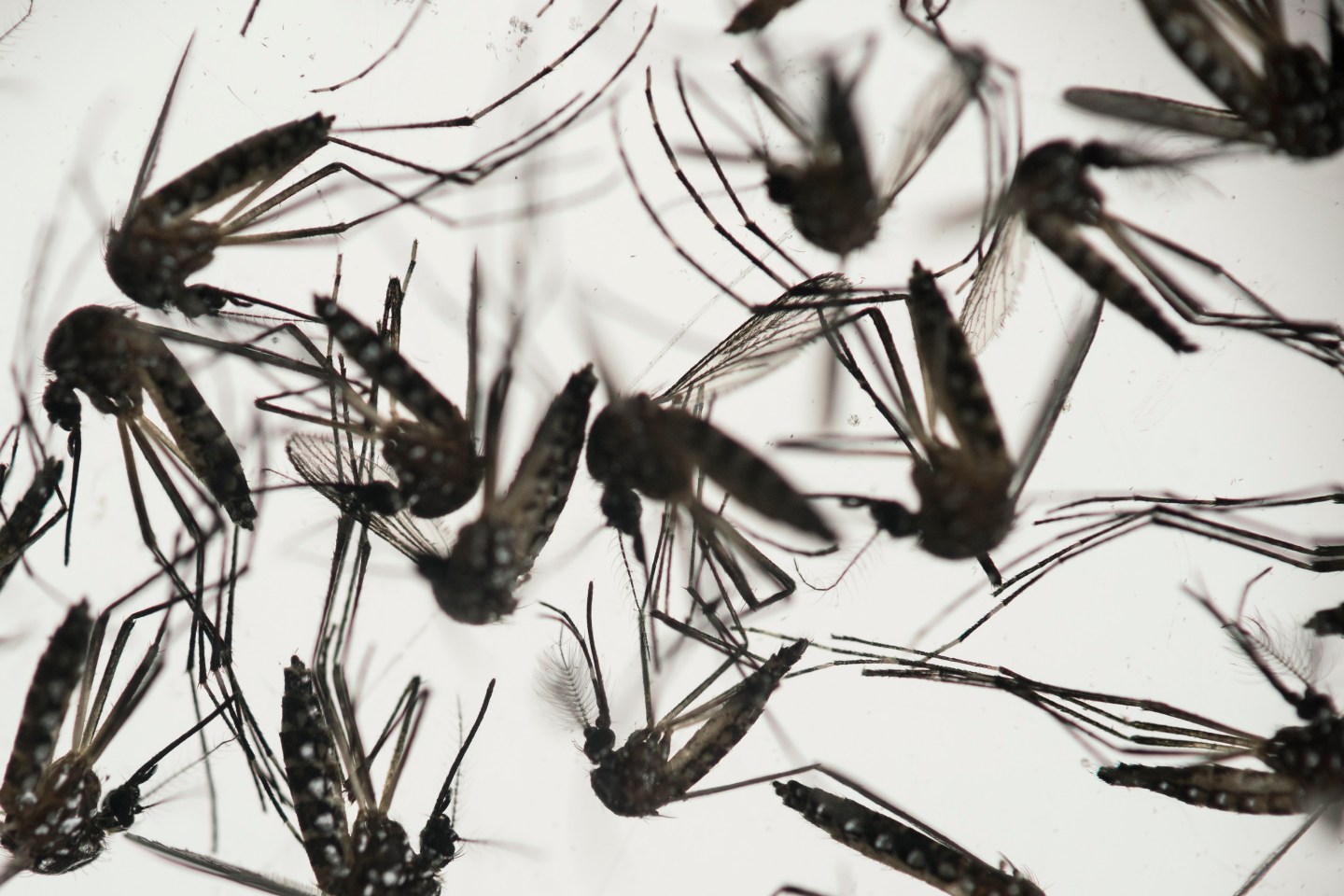 Forgive me if this gets personal. You see, mosquitoes and I have something of a history together.

About 20 years ago I traveled to a tiny village called Kota Intan, in the middle of the Sumatran jungle, where I had lived previously as a member of Canada World Youth (kind of like Canada’s version of the Peace Corps).

Unfortunately, this time, I developed a fever so hot I couldn’t even touch my own forehead. In between hallucinations, it crossed my mind that I might never make it out of that Indonesian village.

My mother wouldn’t be pleased.

Somehow I stumbled onto a bus, slumped into a back corner, and rode to the local provincial capital, Pekanbaru. There I got treatment, the fever eventually subsided, and I was told of the mosquito-borne disease that had likely felled me, and that was prevalent in the region at the time: Dengue fever.

Most North Americans think of mosquitoes as relatively harmless nuisances, something to be swatted and endured at summer vacation homes. This affects our understanding of them as a global threat, and the resources we ultimately devote to them.

Let me simply say: They are anything but harmless. They nearly took me out. And if they had succeeded, I wouldn’t be writing this right now. I wouldn’t have a wife, and two boys, and a cute little beagle.

So when the Zika virus started popping up in the news, I recognized the fiendish work of my old adversary. Like Inigo Montoya in “The Princess Bride,” I am bent on revenge.

The mosquito-transmitted virus first appeared in Brazil in 2015, and the World Health Organization now predicts up to four million infected by year’s end, covering much of the hemisphere. While it is often asymptomatic, for unborn children Zika is very serious indeed: It has been linked to significant birth defects like microcephaly, a condition with potentially devastating neurological complications which has cropped up all over Brazil.

Meanwhile, mosquitoes continue transmitting more familiar perils like malaria, dengue and yellow fever. They are, in fact, the world’s deadliest killers — and it’s not even close. As Microsoft co-founder and philanthropist Bill Gates pointed out in a widely circulated blog post, mosquitoes kill roughly 725,000 people a year. Sharks, of whom we are all so terrified—Shark Week!—kill around 10.

Even other humans, in all combined murders and wars on the planet, come in a distant second, killing 475,000 people a year. Malaria alone exceeds that number easily, causing 600,000 deaths annually, Gates says. (Dengue, the disease that struck me, kills another 20,000 or so a year.) And the economic impact of the illness and disability caused by mosquito-borne illnesses rises into the tens of billions of dollars every year, according to the World Health Organization.

That’s why the “Effective Altruism” movement, which aims to maximize the impact of charitable dollars, has singled out combating mosquito-borne illness as one of the most powerful possible ways to reduce human suffering. GiveWell.org, for instance, canvasses the charitable universe to come up with a handful of high-impact causes. At the top of its list: The Against Malaria Foundation, which provides bed-nets to high-risk areas, particularly in Africa.

“It’s only because mosquitoes kill very few people in affluent countries that we give so little attention to, and spend so little on, combating the threat that mosquitoes pose,” says Peter Singer, a bioethics professor at Princeton University and author of “The Life You Can Save.”

Of course, with Zika cases having recently cropped up in Texas and Florida, mosquitoes may finally be getting our attention. But my goal is not that we all panic and run in circles. It is that we should take the threat seriously, devote the necessary resources to wrestling with it, and educate the public about what is at stake.

Nor should we let the relative novelty of Zika divert us from the “big killers” like malaria, notes Bjorn Lomborg, a Danish professor and author of “The Skeptical Environmentalist.”

To really take on this crafty foe, we need to play a long game, instead of just reacting to individual outbreaks. Says Lomborg: “Things like providing universal access to family planning, and reducing childhood malnutrition, will help reduce vulnerability to diseases like Zika.”

The moral of this little personal fable: Just because an adversary doesn’t look gigantic or powerful, doesn’t mean it isn’t.

After all, if you were to start from scratch in a laboratory, and design the ideal transmission system for human illness, what would it look like? Probably something akin to a mosquito.

Oh, they also ruined my wedding. But that’s a story for another day.

Chris Taylor (@christaylor_nyc) is a freelance writer based in Brooklyn.