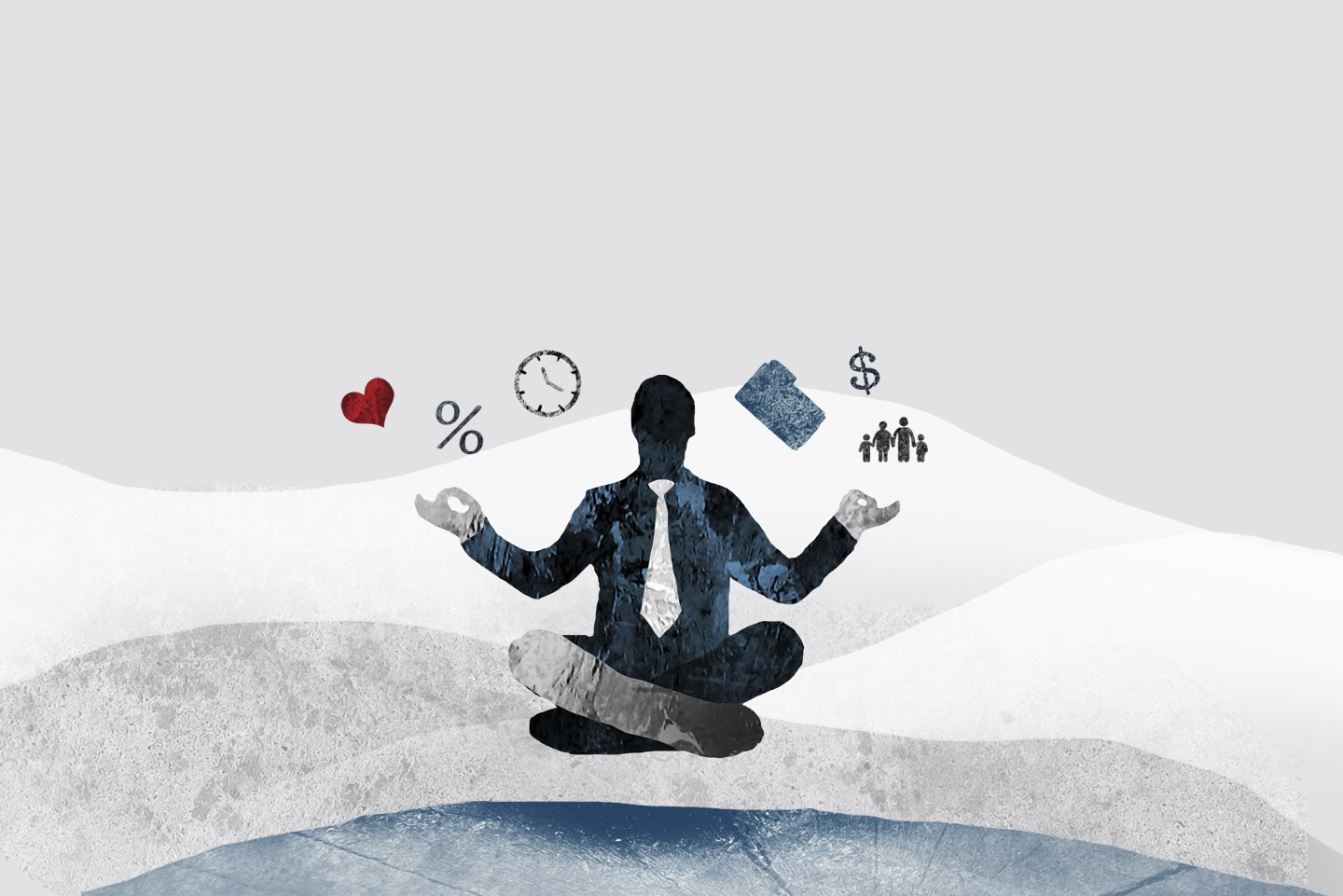 Embrace uncertainty — it’s the only surety in life, we’re often told. New research suggests these words may be easier said than done, particularly when it comes to financial uncertainty.

During the Great Recession of 2008, stocks, bank accounts and IRAs weren’t the only things hurting. People were hurting, physically, and more so than usual. That year, Americans spent an estimated $300 billion on painkillers and other pain-related expenses, a 1,000 percent increase over two decades earlier and more than the combined yearly costs of cancer, heart disease or diabetes (based on the Medical Expenditure Panel Survey). Another national survey showed that from 2006 to 2012, painkiller dependence or abuse increased by 50 percent.

Many other data reveal a clear trend: In a world of growing economic uncertainty, physical pain is also on the rise. The question is, are these things causally connected, and if so, why?

The human body is a complex system, but through a series of six studies controlled for a host of variables (ranging from age and gender to household income and current employment status), we showed that economic uncertainty appears not only to occur commonly alongside physical pain but to actually produce it. Likewise, economic security leads to less physical pain.

The idea that humans suffer physical pain during uncertain times — a term now used routinely in connection with the American and global economies — is not too surprising on an intuitive level. Past studies have shown psychological distress and physical pain share similar neural processes, and economic uncertainty clearly produces mental and emotional distress. In addition, previous research has shown the potential for a malicious cycle to begin as a result of economic uncertainty; such a situation can impair physical health as well as cognitive functioning (including decision-making) and thus work against people’s ability to overcome their problems — and, therefore, their pain.

Our research went one step further by identifying the causal link between economic uncertainty and physical pain: an experience of the lack of control. Two of our studies showed that this feeling of losing control is the reason people feel more pain during uncertain financial times. Given our knowledge of anatomy, this finding, again, is not surprising; control is a fundamental human need, and a lack of it is known to activate the amygdala region of the brain, which in turn leads to experiences of anxiety, fear and stress — all detrimental to bodily and mental well-being.

Individuals, managers, and organizations should take heed at this point, for herein lies a call to action: If people can regain some sense of control over their lives — even while uncontrollable economic circumstances persist — physical pain may abate. As a result, not only will vicious personal cycles be stymied, but entire organizations and states, and indeed society as a whole, will benefit.

Our studies showed that pain caused (primarily) by economic uncertainty afflicts people of any background, socioeconomic level, age, gender and educational level.[1] A C-level executive is as prone as a minimum-wage worker to feel physical pain as a result of uncertain financial circumstances. Thus, this is not the familiar issue of the haves versus the have-nots, but of those who feel their lives are under their control versus those who do not.

Managers and policymakers everywhere should recognize this “painful combination” of financial uncertainty and a lack of control, and its potentially negative effect on citizens and employees: decreased productivity, work quality or creativity — even a failure to reach overarching organizational goals — as workers take more sick leave or come to work in compromised physical (and therefore mental and emotional) states. Workers and whole organizations performing under economically insecure conditions also may be:

In other words, the impact of physical pain reverberates, potentially hurting everyone in an organization, state or country in ways we are only beginning to understand.

As we enter a new year, financial uncertainty is clearly not going away anytime soon. This larger-scale financial unrest is compounded by individual-level insecurities — for example, an annual bonus or long-desired raise that remains in question; looming layoffs; innovations that threaten to eliminate the need for a business altogether; a profession that, by nature, yields an unsteady income level; or increasing costs of health care and insurance. In this context, it behooves managers and policymakers at all levels to find ways to help restore people’s sense of personal control. These interventions need further testing but may include the following:

Of course, people experience pain for many reasons besides, or in addition to, economic uncertainty; our research acknowledges this fact, and realizes that some individual factors, such as clinical depression or anxiety (which may have a genetic basis), need further exploration to determine how they shape the relationship between economic uncertainty and pain.

Overall, our findings confirm the cause of an increasingly prevalent problem and, more importantly, a model for “treatment” that might just put managers and employers in as physically influential a position as their employees’ medical doctors.

This piece originally appeared on Darden School of Business—Ideas to Action.

[1] Our studies do show less pain among the young, males and those with higher educational levels. Additional research is needed to show how these differences relate to or interact with people’s economic circumstances.