Here’s How Much the Clintons Earn From Paid Speeches 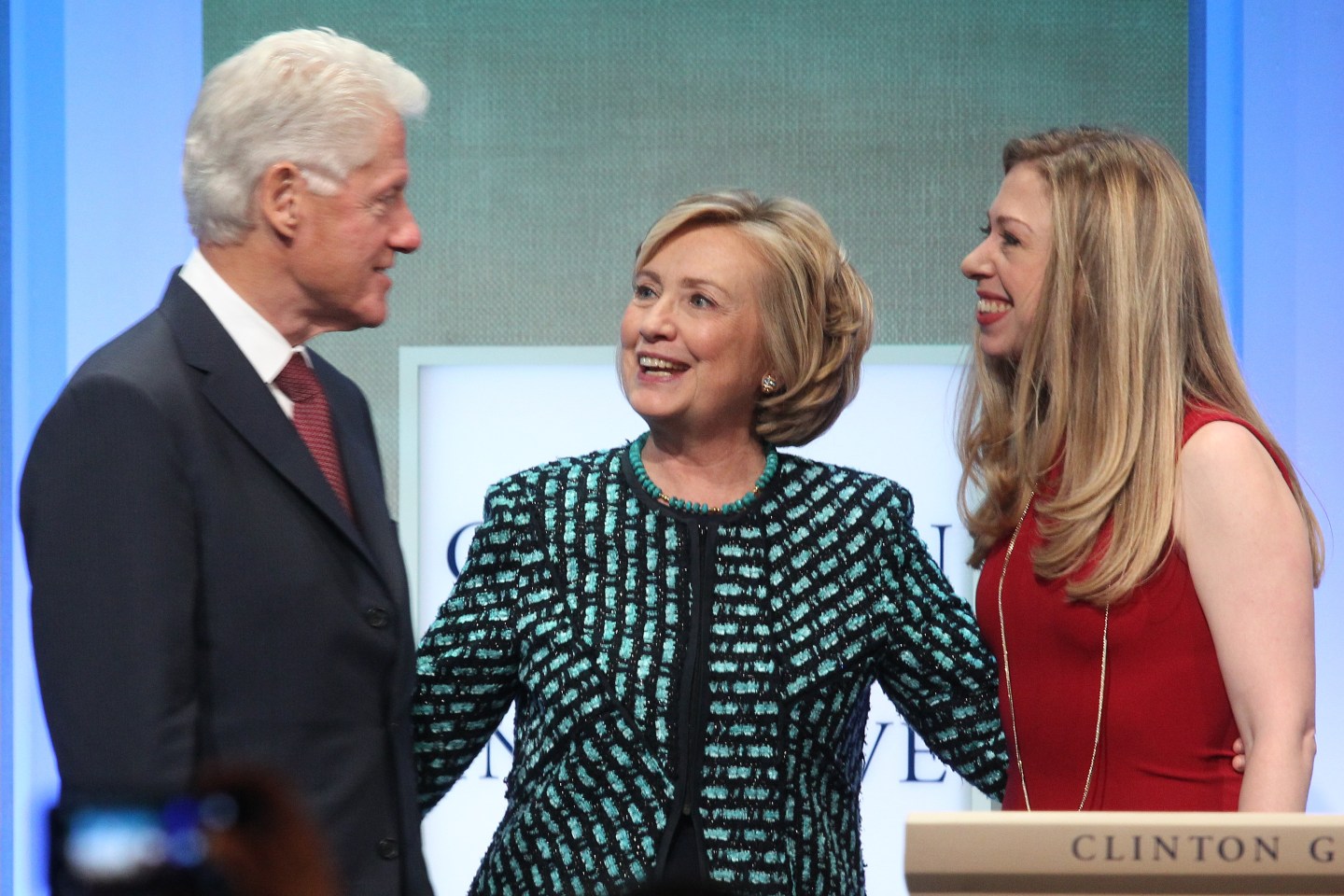 One of the major attacks Bernie Sanders has used against Hillary Clinton during this campaign season has been her close ties to Wall Street, singling out in particular her having given many speeches to big financial firms, often for very high fees.

But Hillary isn’t the only person in the Clinton family to bring in the big bucks on the lecture circuit — her husband, former President Bill Clinton, also makes some serious coin for an appearance behind a lectern.

In 12 speeches to Wall Street firms, Hillary Clinton made $2.9 million, according to The Intercept. That works out to an average of more than $241,000 per speech. Bill, on the other hand, makes around $226,000 per speech, according to Quartz. Bill was once reportedly paid $750,000 for one speech to a Hong Kong telecom firm.

Of course, there is also a third Clinton who can make good money for short work — daughter Chelsea, who works with her parents at their titular foundation. Chelsea can make up to $75,000 per speech, according to Quartz.