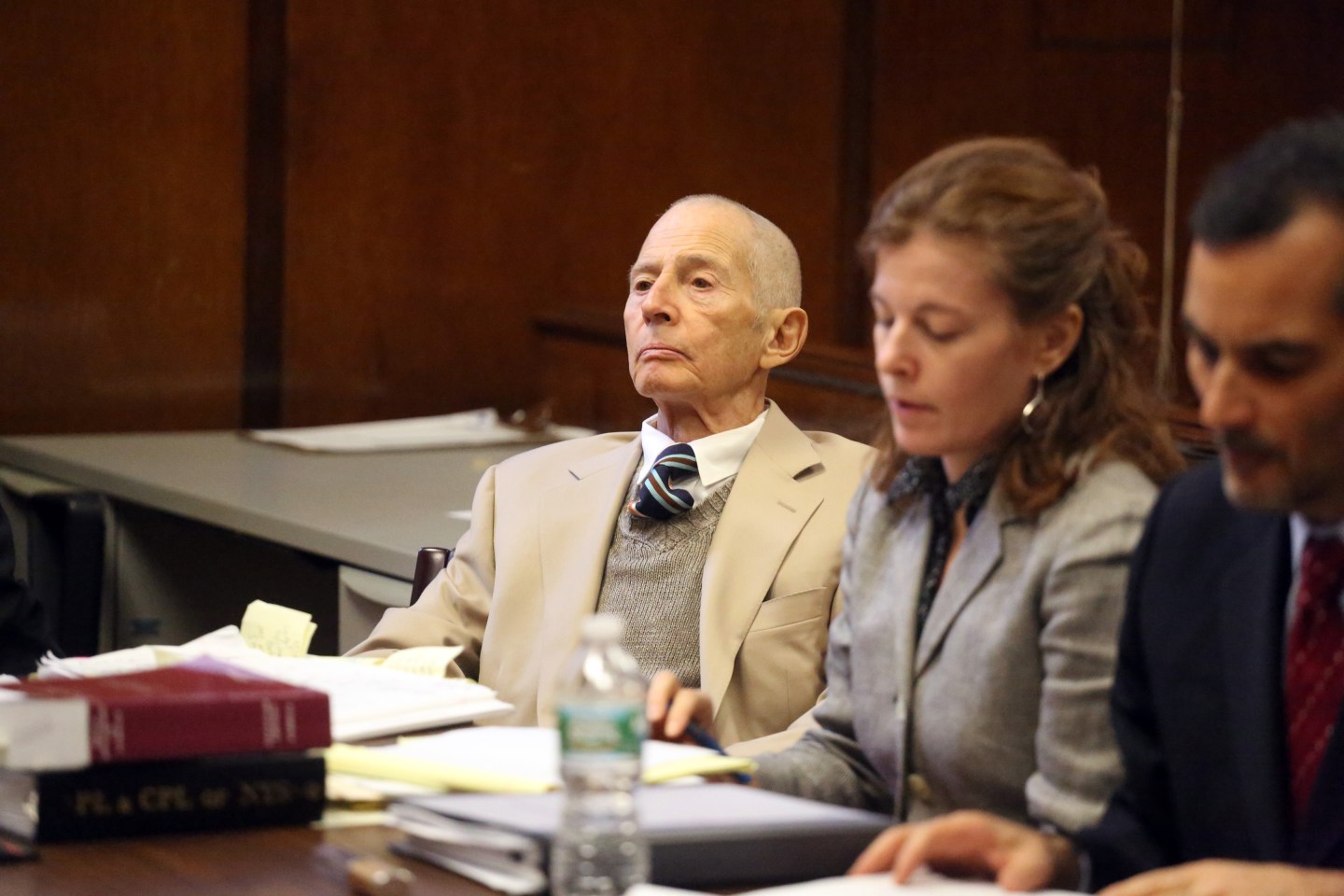 True crime stories are certainly having their moment on television and fans who were captivated by HBO’s The Jinx will be excited to hear that plot twists continue to unfold for the central figure in that true crime documentary.

The Associated Press reports that Robert Durst, the disgraced heir to a New York real estate fortune, pleaded guilty to gun charges in federal court in Louisiana on Wednesday. More importantly, the guilty plea for illegal possession of a .38-caliber revolver, paves the way for Durst to be transferred to a federal prison in Los Angeles, where he would face a murder charge for allegedly killing his former friend and spokeswoman, Susan Berman, in 2000.

Berman’s death was one of a handful of unsolved cases—all of which shared Durst as a suspect—at the center of The Jinx, which aired last year and covered Durst’s history of run-ins with the law as well as his ability, to that point, to wrangle away from any major conviction of wrongdoing. In the past, state and federal authorities have investigated Durst in connection with the 1982 disappearance of his first wife and the 2001 death and dismemberment of Durst’s neighbor, Morris Black, as well as Berman’s death. The HBO series spent time focusing on Durst’s wealth—though he remains estranged from his family—and his ability to hire top-notch defense lawyers.

Durst was arrested on a gun charge the day before the final episode of The Jinx aired on HBO. That episode included scenes where the documentarians interviewing Durst confronted him about evidence in the Berman case that potentially pointed to his involvement in his death, while Durst was also caught on a microphone uttering “What the hell did I do? Killed them all, of course.” If Durst goes to trial on murder charges in Los Angeles, evidence from the HBO series is likely to come up, though the New York Times notes that Durst’s lawyers will likely challenge the admissibility of any recordings from The Jinx.

In addition to The Jinx, several other true crime series and television programs centered on the issue of criminal justice have gripped viewers over the past year, including current series focused on O.J. Simpson and infamous Ponzi schemer Bernie Madoff that are airing on FX and ABC, respectively. Another extremely popular series, Netflix’s (NFLX) Making a Murderer, has even resulted in campaigns to resuscitate the appellate options of that show’s central figure, convicted killer Steven Avery.