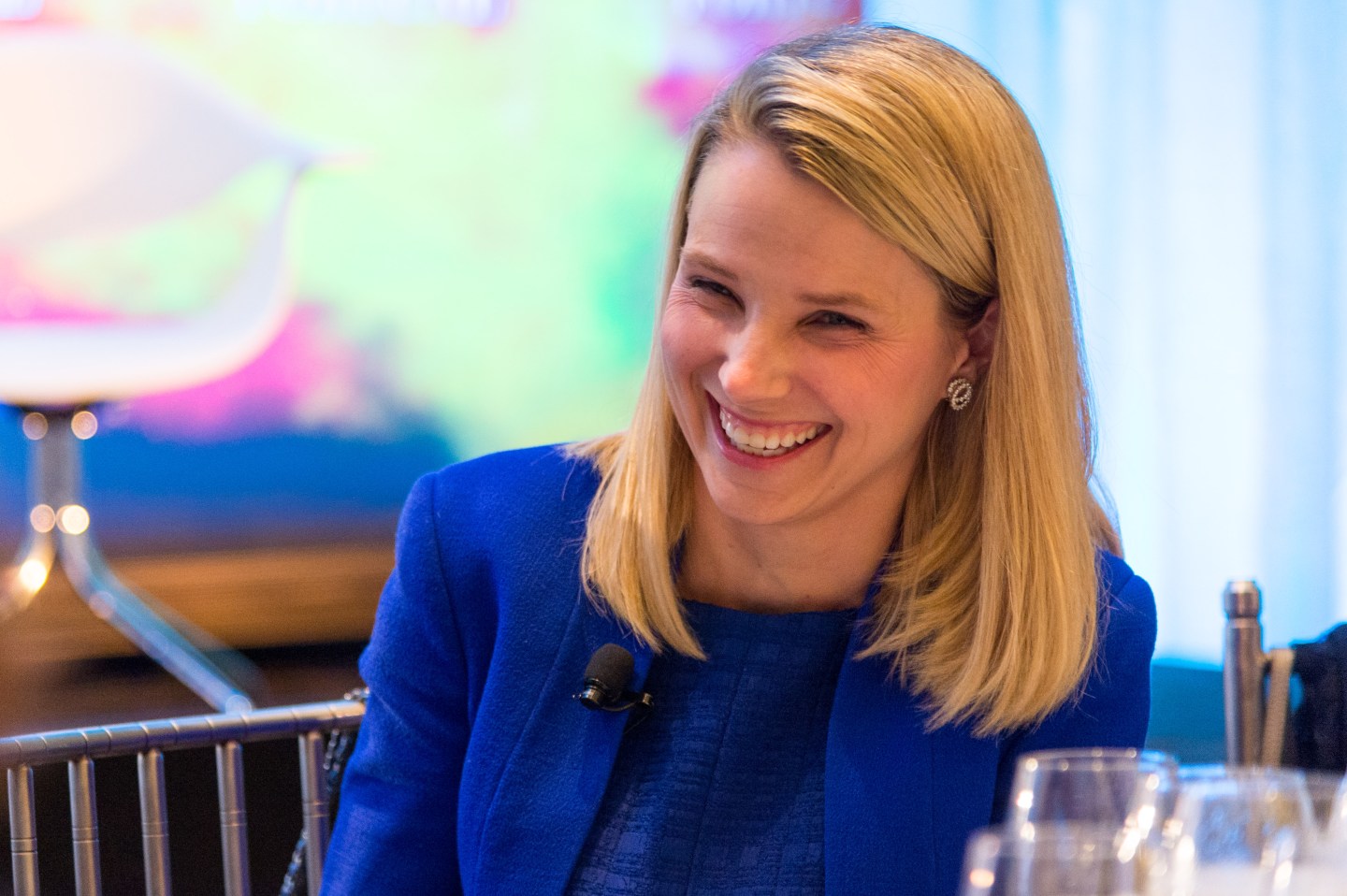 Yahoo (YHOO) will report its fourth quarter and full-year 2015 earnings today at 5:00 p.m. Eastern. Scroll down for updates as the market reacts to the figures and the call that follows.

6:15 p.m. ET: Well, the Yahoo earnings call has wrapped up, with a cheerful “see you next quarter!” But the company that shows up next quarter could be a very different one: Layoffs of more than 1,700 people will be well underway, offices will be closed and assets sold, and Yahoo could be in discussions with “qualified strategic entities” such as Verizon about a sale of some or all of its core properties. Yahoo!

After a failed spin-out, and a failed reverse spin, all Yahoo is seemingly left with is "spin". And their McKinsey bill, of course.

6:04 p.m. ET: Profits may not be rising at Yahoo, but the company’s earnings release shows that one thing is growing rapidly—unfortunately, it’s “traffic acquisition costs,” which are the marketing payments the company makes (as all search-oriented companies do) to partners to promote traffic.

What is happening to Yahoo's traffic acquisition costs? pic.twitter.com/MvmFbAkRTk

5:47 p.m. ET: Yahoo’s stock (YHOO) has fallen by about 2.75% so far following the company’s earnings call, which has moved into question-and-answer mode now. The shares are down more than 30% in the past year (although the stock is still higher than the $13 it was trading for when Mayer was hired in 2012).

5:27 p.m. ET: Yahoo’s CEO addressed what she called “untruths” in the media about a $7 million holiday party and $450 million spent on food since she joined the company. Both of these are “blatant falsehoods,” Mayer said on the earnings call, and the figures have been “exaggerated by a factor of three.”

5:17 p.m. ET: Mayer says on Yahoo’s conference call that the company is “doubling down” on its strategic approach, which combines search, communication (email and messaging through Tumblr) and content. That is the “three-legged stool,” the Yahoo CEO said. And on the content side, the company plans to focus on news, sports, finance and lifestyle. Assets like Yahoo Games will be shut down, Mayer said, while others such as Flickr and Answers will be refocused.

Yahoo CFO said Tumblr missed sales goal of $100 million in 2015. Sounds like that led to the write down.

4:55 p.m. ET: Beneath the headline numbers in its release, Yahoo’s earnings report shows that its cash flow has declined dramatically in the past year. It’s non-GAAP income from operations (meaning income that excludes one-time expenses like the goodwill writedown) fell to $342 million in 2015 from more than $755 million in 2014. That’s a drop of more than 50%.

Here’s a glimpse inside the Yahoo boardroom as the earnings conference call is about to begin:

4:48 p.m. ET Tumblr! Yahoo also notes in its release that it has taken a “non-cash goodwill impairment charge” (in other words, a writedown) of $4.46 billion on some of its assets — including Tumblr, the blog platform that it acquired in 2013 for $1.1 billion. The statement says that the assets being written down “exceeded their respective estimated fair values.” CFO Ken Goldman said Tumblr was written down by $230 million.

4:46 p.m. ET For Sale! One used web company! Although Yahoo says it wants to focus on its strategic growth plan, as mentioned above, chairman Maynard Webb (great name for a digital enterprise like Yahoo) confirms that the company is also “exploring strategic alternatives,” which is code for “Please acquire us at a reasonable price.”

“The Board also believes that exploring additional strategic alternatives, in parallel to the execution of the management plan, is in the best interest of our shareholders. Separating our Alibaba stake from our operating business continues to be a primary focus, and our most direct path to value maximization. In addition to continuing work on the reverse spin, which we’ve discussed previously, we will engage on qualified strategic proposals.”

4:37 p.m. ET Yahoo says it is announcing “an aggressive strategic plan to simplify the company, narrowing its focus on areas of strength to better fuel growth and drive revenue.” Sounds like some people may be simplified out of a job.

Yahoo statement says it will focus on Mavens (the company’s cute term for mobile, video, native and social), which means media is still pretty core. It plans to “explore non-strategic asset divestitures” that it says could generate $1 billion.

Earnings came in right on estimates apparently: analysts were looking for 13 cents a share and Yahoo did exactly that (after adjusting for a range of one-time bad things). So far the stock has barely moved though.

4:31 p.m. ET While we are waiting, here’s a look at Yahoo’s stock price from February 2, 2010 through yesterday’s close. If you are an investor, try to keep your weeping to yourself, especially if you are on the train:

4:19 p.m. ET Looks like Yahoo has delayed its earnings report for about 20 minutes, according to the company. Not clear why. Maybe a lot of complicated math.

4:09 p.m. ET: Well, things may get interesting later this evening. “Yahoo Plans to Say It Is Exploring Strategic Options,” blares the headline of a Wall Street Journal story published 40 minutes ago. The story also reminds us that Verizon (VZ) and private-equity firm TPG Capital have demonstrated interest in parts or all of the company.

You know somewhere at Yahoo there's a whiteboard with the item "what if we just put all our content on Snapchat?"