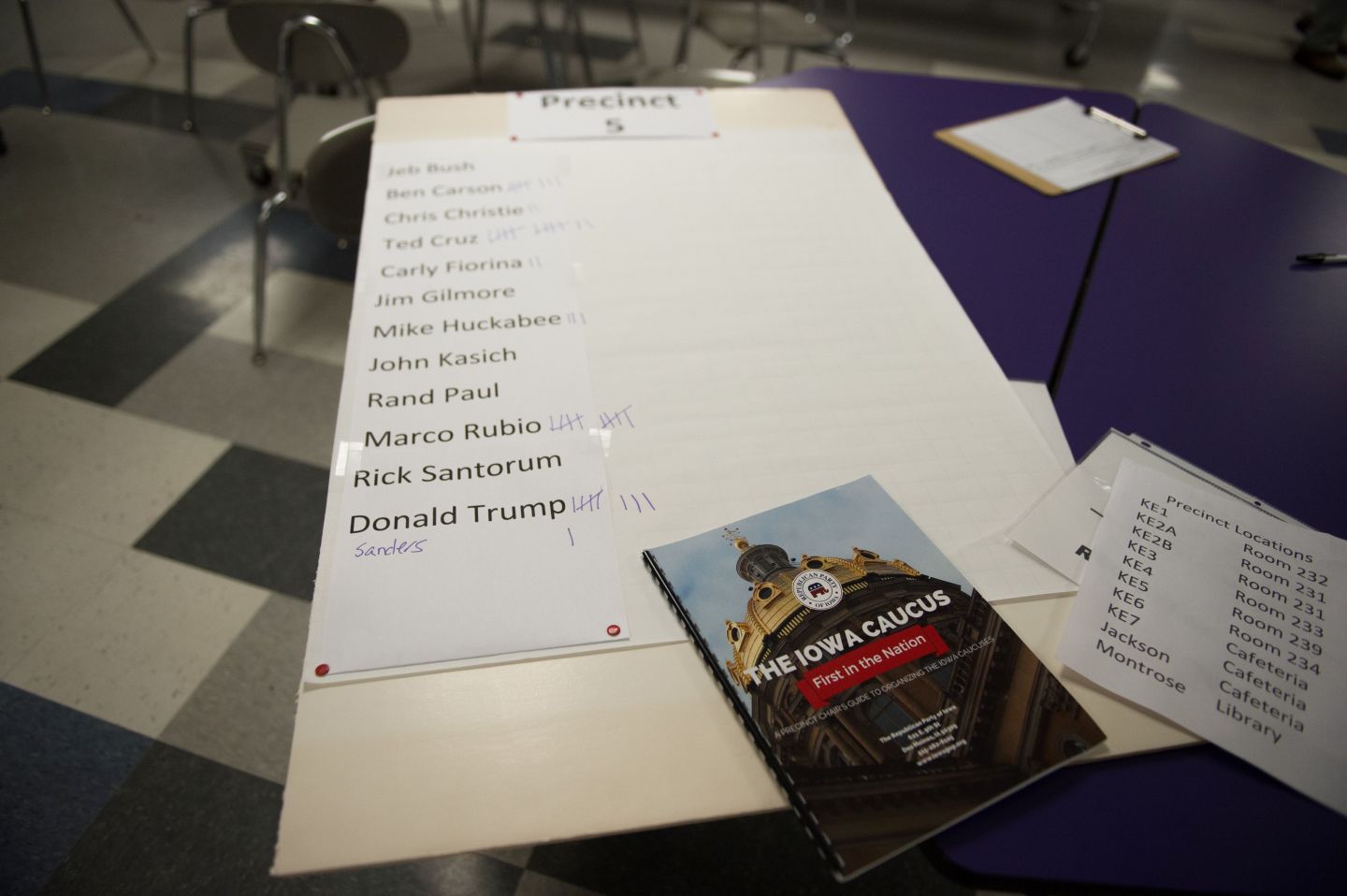 Some Donald Trump supporters are calling election fraud after the billionaire barely clinched second place in the Republican Iowa caucus.

Conspiracy theorists have taken to Twitter with the hashtag #MicrosoftRubioFraud to claim that Microsoft (MSFT), which created the vote-counting apps for the caucuses, fraudulently gave third-place finisher Marco Rubio a boost.

The idea of Microsoft’s malfeasance was first boosted by comments from aides to Bernie Sanders, who noted that Microsoft employees had donated hundreds of thousands of dollars to Hilary Clinton’s campaign, according to MSNBC.

“You’d have to ask yourself why they’d want to give something like that away for free,” The Hill quoted Sanders Iowa campaign manager Pete D’Alessandro as saying in reference to the app.

While the Sanders campaign backed down from D’Alessandro’s comment, the theory gained more steam in conservative circles like the right-wing website Breitbart, which ran a story about Microsoft’s campaign donations with the title, “One of Marco Rubio’s Biggest Financial Backers to Tally Iowa Caucuses.”

Microsoft announced it would be offering the vote-counting app in June, to “facilitate accuracy and efficiency of the reporting process.”

Fortune has reached out to Microsoft for comment and will update this article with any new information.