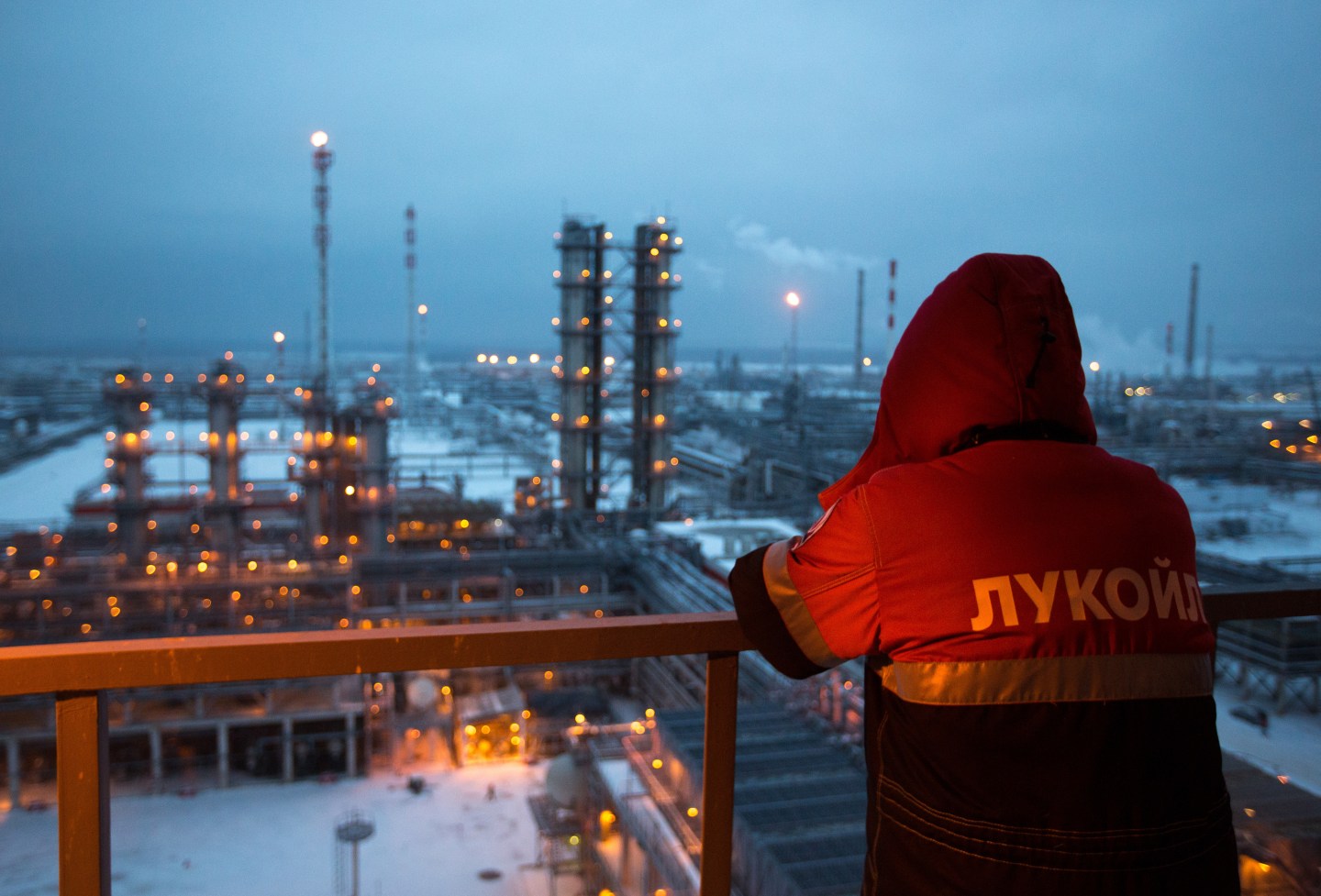 The Saudi government, which is by far the largest and most influential producer in the 13-member OPEC cartel, is currently locked in a war for market share with the rest of the world—a war it plans on winning. And the Saudis won’t even consider a production cut unless it begins to see capitulation from rival oil producers, which, even with the recent crash in oil prices, really hasn’t happened yet. ­

Crude prices spiked as much as 8% on Thursday after Russian Energy Minister Alexander Novak told reporters that OPEC had proposed a joint 5% cut in oil production. If true (and if it was actually enforced), such a cut would slice around two million barrels of oil per day off the world markets, equating to around 2% to 2.5% of global production. While that doesn’t sound like much, it is double the one million barrel per day supply overhang that is currently choking the market.

There is just one problem with this plan—it isn’t going to happen, at least not anytime soon, according to a person familiar with the thinking of a major OPEC state. While the Saudis aren’t happy with oil prices trading at around $30 a barrel, they aren’t about to give up on their battle for market share. It will continue pumping more than 10 million barrels a day until it sees its rivals meaningfully cut their own production. This includes the high-priced Western oil producers as well as Russia and OPEC member states.

This all sounds very severe, but the Saudis are in this for the long haul. Prolonged high oil prices is bad for business right now, as there are simply too many players out there who are looking to produce crude. The key is to strike a balance whereby the profits to drill in, say, North Dakota, isn’t worth the invested capital to do so. For the last year, it has been relatively unprofitable for oil companies in the U.S. to continue drilling, but many players had hedged their production and sold it forward at much higher prices. This is what has stemmed the steep crash in oil production last year and what has allowed U.S. oil producers to continue pumping at near record levels despite the low prices.

But things are getting real now. Oil companies have hedged only 11% of their production this year, according to a recent study of 48 firms published by consultancy IHS Energy. That’s down from the current five-year average of around 60%. Those companies buying hedges for 2016 are currently locking in prices at or around $50 a barrel, a trader with knowledge of the market told Fortune. That stands in stark contrast to the $80 to $100 a barrel hedges that protected oil companies in 2015. At $50 a barrel, those hedges are protecting some companies from the full pain of today’s market, but just barely.

To be sure, U.S. oil producers are feeling the impact of low prices, but it has yet to translate into a meaningful reduction in current production. Much of the cuts have been made on the exploration side of the business, which will affect future production levels. For example, the number of rigs currently drilling or exploring for oil in the U.S. is down by around 60% from the same time last year, to 510 rigs, according to the latest figures from Baker Hughes.

The Saudis won’t be content to just blunt the growth of its rivals. They want to see their competitors’ production fall off a cliff. Only then would they consider cutting their own production to support prices.

So, when will the markets get to the point where the Saudis feel comfortable with slashing their own production to support global crude prices? Given how strongly U.S. oil producers have performed using just a third of the rigs they were using last year, it doesn’t look like this will be happening anytime soon.

While current production levels have remained somewhat level over the last year, the sharp declines that the Saudis are looking for may actually come sooner than they, and the markets, think. That’s because U.S. shale oil wells tend to dry up much faster than conventional wells, meaning they need to be constantly replaced by new wells to make up for their high depletion rate.

But this phenomenon isn’t just reserved to U.S. shale producers. It is happening globally, with companies like Shell, ExxonMobil, Total, Chevron, and BP all slashing their spending and postponing large projects. In the last year, $380 billion worth of oil projects have been delayed or cancelled due to low oil prices, wiping out 27 billion barrels of future production, according to Wood Mackenzie, a consultancy. And this will only get worse. Over the next five years, oil companies are expected to reduce spending by some $1.8 trillion, according to IHS, meaning that more projects will be cancelled, leading to further reductions in future oil production.

Given all this, it is just a matter of time before that 1 million barrel per day supply overhang in the market disappears. Production in the U.S. is expected to fall by around 600,000 barrels a day this year, according to estimates from the EIA. But given the recent production cuts announced by energy companies, combined with the high depletion rates for shale plays, the drop will probably be greater by the end of the year.

The world is well on its way to correcting for the current glut in the oil markets. The Saudis gain nothing by intervening now, and they seem intent on staying the course. So, any discussions on cutting production seem to be nothing but Russian fantasy.