Here’s How the Obama Administration is Tackling the Wage Gap 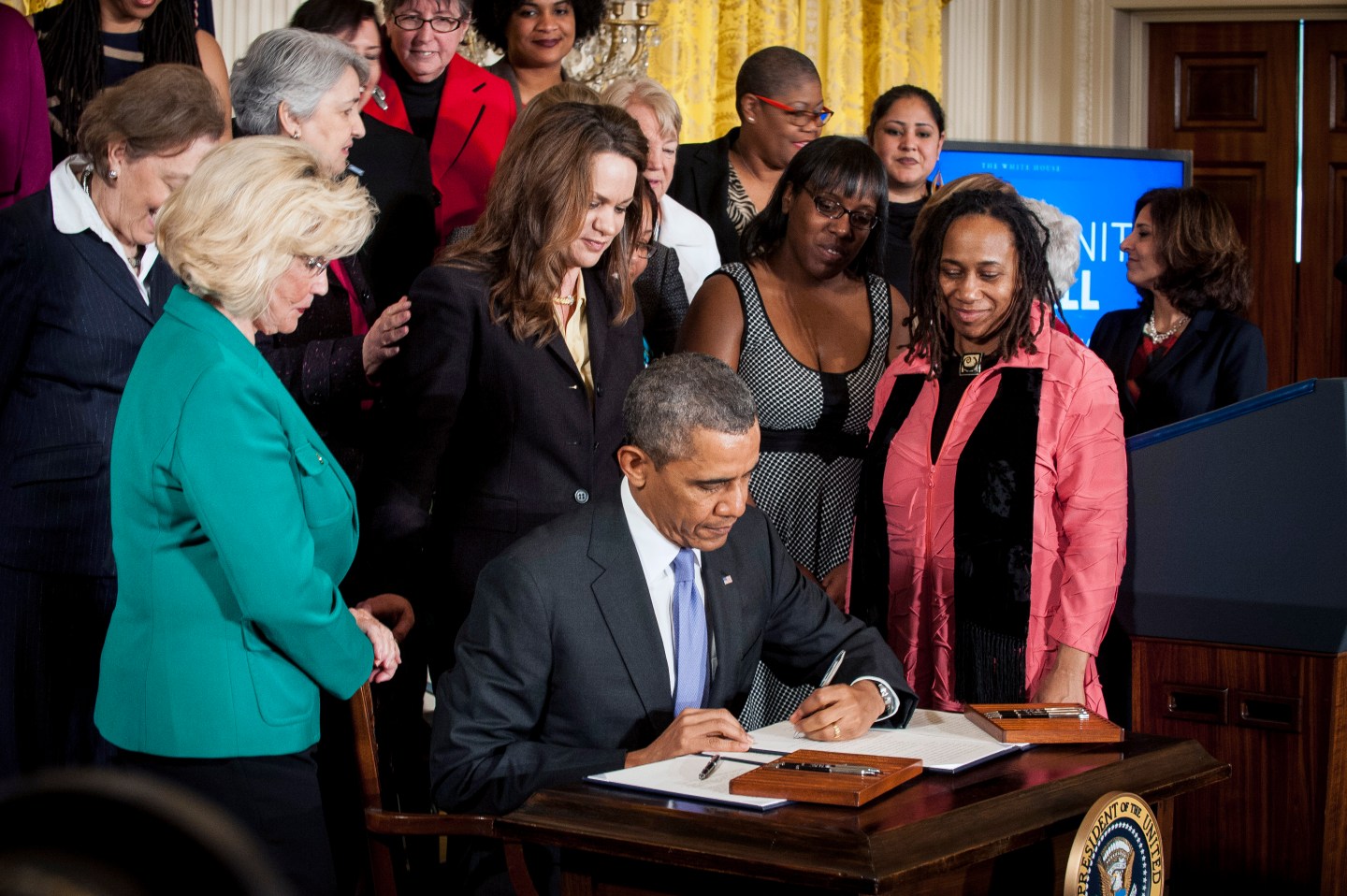 U.S. President Barack Obama signs an Executive Order and a Presidential Memorandum at an event marking Equal Pay Day in the East Room of the White House in Washington, D.C., U.S., on Tuesday, April 8, 2014. Obama signed two executive actions today designed to shed light on the pay practices of federal contractors, which he said will help eliminate salary disparities between men and women. Photographer: Pete Marovich/Bloomberg via Getty Images
Photograph by Bloomberg via Getty Images

The initiative, which the White House announced Friday, will help the Equal Employment Opportunity Commission enforce equal pay laws while encouraging employers to take wage equality into their own hands. The announcement falls on the seventh anniversary of the Lilly Ledbetter Fair Pay Act, the first bill that President Obama signed in office, which make it easier for women to challenge unfair pay.

Companies with more than 100 employees would be required to submit summary wage data by race, gender, and ethnicity, according to the proposed rules that the EEOC is hoping to begin enforcing by September 2017. “This new policy lays important groundwork for progress toward achieving equal pay, as it will encourage and facilitate greater voluntary compliance by employers with existing federal pay laws – such as by evaluating how they are currently paying their employees,” the White House statement said.

The proposed rules follow an executive order that Obama signed in April 2014, calling for federal contractors to submit wage information by race and gender.

Despite the efforts of the Obama administration to minimize the gender pay gap, women earn about 79 cents on the dollar compared to male workers.