Trump Says He Got an Apology from Fox News 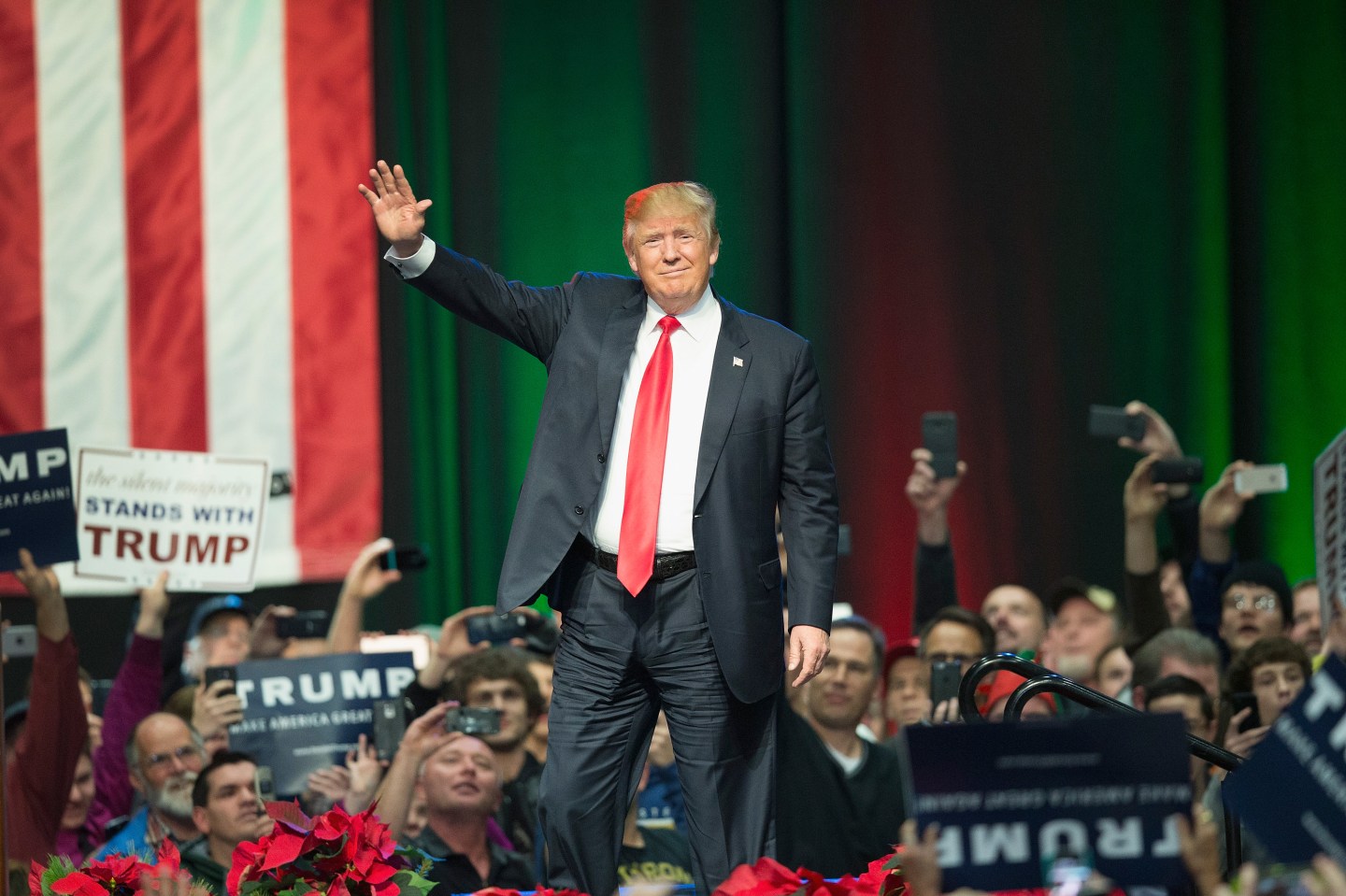 GRAND RAPIDS, MI - DECEMBER 21: Republican presidential candidate Donald Trump greets guests at a campaign rally on December 21, 2015 in Grand Rapids, Michigan. The full-house event was repeatedly interrupted by protestors. Trump continues to lead the most polls in the race for the Republican nomination for president. (Photo by Scott Olson/Getty Images)
Photograph by Scott Olson—Getty Images

Donald Trump said Thursday evening Fox News had apologized to him after he publicly fell out with the network over the Iowa debate, but it came too late for him to change his mind.

“I got an apology, it was very nice, and I appreciated it,” Trump said, speaking to a small group of reporters aboard his private plane Thursday evening before his counter-debate event to raise money for wounded veterans. “And that’s why I was so open to doing something, but by that time it was just too late.”

Trump said he has spoken on the phone “many” times with Fox CEO Roger Ailes over the past few days. “They wanted to have me, and I would have loved to have been there,” Trump said of Fox. “The problem is once you set up this major event, how can I be there?”

Fox, however, released a statement saying Trump had asked for $5 million to do the debate, and disputing his claims that he had had multiple calls from Fox News chairman Roger Ailes. The network said it had merely recognized his issues with a press release it put out appearing to mock Trump:

“We acknowledged his concerns about a satirical observation we made in order to quell the attacks on Megyn Kelly, and prevent her from being smeared any further. Furthermore, Trump offered to appear at the debate upon the condition that FOX News contribute $5 million to his charities. We explained that was not possible and we could not engage in a quid pro quo, nor could any money change hands for any reason”

The statement continued: “We would never compromise our journalistic standards and we would always stand by our journalist, Megyn Kelly. We have accomplished those two goals and we are pleased with the outcome.”

Trump said his rival event has “turned out to be a big monster.” According to a statement by Drake University, the location for Trump’s Thursday night event, the auditorium is limited to a 700-person capacity, but the event had been “significantly over-ticketed by the Trump campaign.”

“The time to change my mind would have been two days ago,” Trump said. “Not now. It’s too late. When you look at the lines, what am I going to do, tell thousands of people that by the way folks, I’m going to go do the debate? I think it would look bad.”

The Republican frontrunner said his issues with host Megyn Kelly had been overblown. “I don’t care about Megyn Kelly. I’m not a fan of Megyn, but I don’t care if she’s the moderator,” Trump said. “The thing I thought was really unfair was that press release. And I thought that was unfair. But we’re fine now.”

He said that his event tonight has already raised almost $5 million for wounded veterans, and he pledged to donate $1 million more. He said that his children would also donate money, pointing out his daughter Ivanka standing with his wife Melania at the back of the plane.

When asked how he thinks his absence onstage will affect the other candidates, Trump said, “You don’t know until its over. Some people are saying it’s going to be negative because you’re not going to have me there so you’re going to have smaller viewership, some are saying maybe they’ll be able to express themselves better.”

Trump couldn’t resist a little negativity of his own. One reporter pressed him— what about Jeb Bush? “Jeb’s a lost cause,” Trump scoffed.