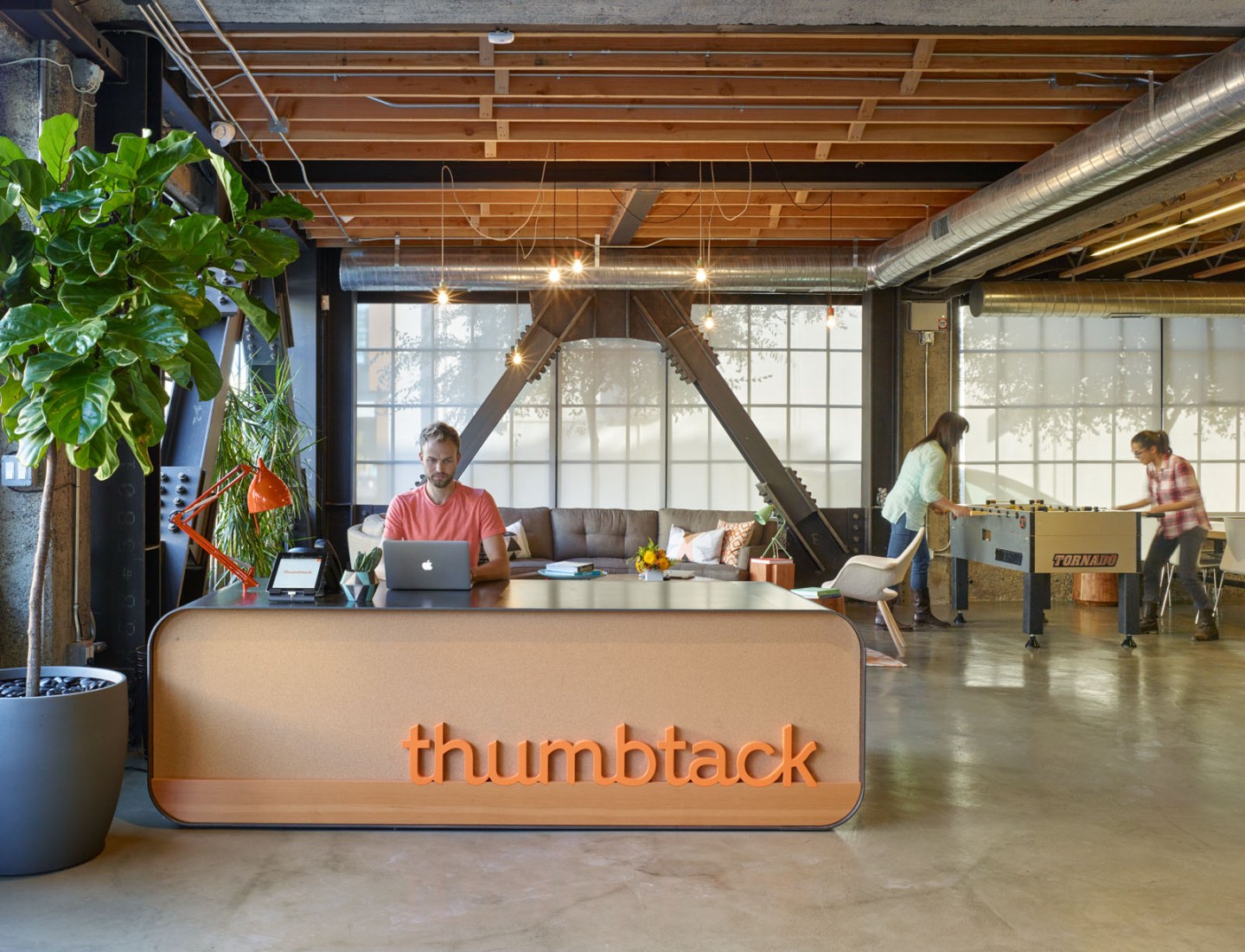 Here’s an almost-only-in-Silicon Valley story to affirm your faith in innovation, opportunity, and competition.

Marco Zappacosta’s parents were Italian engineers who immigrated to California in the 1970s. They ended up founding Logitech (LOGI), a company famous for its computer peripherals. Their son, born in 1985, grew up in the can-do atmosphere of Menlo Park, Calif.—not far from the campus of Stanford University.

Zappacosta isn’t the type to choose the obvious, however. He went east for college, attending Columbia University. There, he and a pal started a group to try to reform Social Security. That didn’t work out so well, but he returned home itching to start something else.

What he came up with is Thumbtack, a matchmaking service for service providers and their customers. Zappacosta says it took five long years to develop the product. Today, it’s a deceptively easy place to find a plumber, painter, electrician, or dance instructor. More importantly from a business perspective, it’s a highly efficient place for service providers to pay for qualified leads.

You’d think the existence of Google, Yelp, Angie’s List and other sites would obviate the need for Thumbtack, but it’s not so. The 380-person company (160 engineers and others in San Francisco; 200 customer-support types in Salt Lake City) has built more than a thousand templates for service requests. That way a service provider starts with the who, what, when, where, and so on and decides if she wants the job. Zappacosta says Thumbtack has 200,000 active paying professionals and that it is facilitating five million projects a year at an average size of $550.

The company’s ambitions are huge, as are its obstacles. Thumbtack has raised more than $250 million and hopes to eventually provide its service providers with scheduling, payments, invoicing, and contract services. First it will have to get past Amazon (AMZN) Home Services and a similar service Google (GOOG) is testing.

The morning after I met with Zappacosta my wife and I in fact needed a plumber. I suggested she use Thumbtack rather than cold calling random names. A response came before I finished a cup of coffee and the sink was fixed shortly after lunch. This is progress.