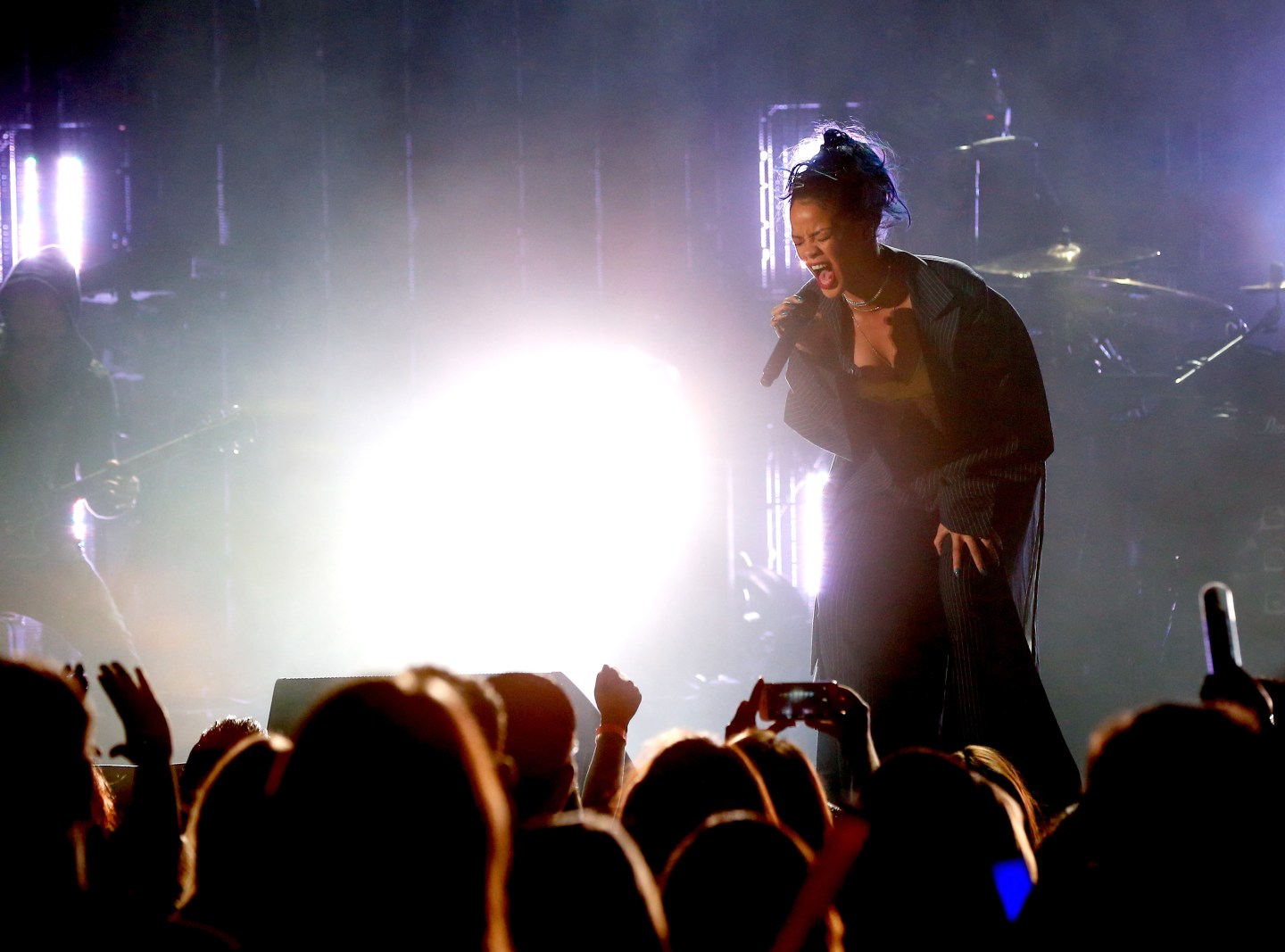 performs onstage during CBS RADIOs third annual We Can Survive, presented by Chrysler, at the Hollywood Bowl on October 24, 2015 in Hollywood, California.
Photograph by Christopher Polk — Getty Images

After months of anticipation, Rihanna’s Anti, her eighth full-length album, has arrived. The record was released on TIDAL, just hours after its track listing was inadvertently revealed by the streaming service and Anti itself leaked online.

Anti includes “Work,” featuring Drake, and a cover of Tame Impala’s “New Person, Same Old Mistakes” (called “Same Ol’ Mistakes” on Anti), but not Rihanna’s trio of 2015 singles, “American Oxygen,” “FourFiveSeconds,” and “Bitch Better Have My Money.” A deluxe edition of the 13-track album, with three additional songs, will be out Friday; Anti will stream exclusively on TIDAL for the next week, but is available to download for free with Rihanna’s code “ANTI” for a limited time.

Anti follows 2012’s Unapologetic, and the gap between the albums is the longest Rihanna has had since debuting her first album, Music of the Sun, in 2005.

Rihanna ramped up teasers for the album in October of last year, after revealing the album art and title during a gallery show in Los Angeles. Designed by Roy Nachum, the cover shows a photo of Rihanna as a baby set against a red and white background. In November, she launched a website, AntiDiary.com, with Samsung, to prepare for its release.

That same month, Rihanna announced her massive worldwide tour, which starts Feb. 26 in San Diego. Backed by The Weeknd, Big Sean, and Travis Scott, news of the tour heightened suspicions that an Anti arrival was imminent around the Thanksgiving holiday – but that hope was dashed when no new music materialized.

Anti was also teased throughout last year via multiple magazine interviews with Rihanna. Miranda July, who interviewed Rihanna for T: New York Times Style Magazine, wrote, “Almost every night, when you’re asleep, Rihanna is in the studio.” Lisa Robinson echoed the sentiment in Vanity Fair: “As we spoke, she was still working on [Anti].” Rihanna’s mentor Jay Z told Robinson the singer was waiting to release it because “she wants it to be perfect.”

Just this week, Rihanna further stoked the Anti flames by posting on Twitter that she was listening to the album. Now, the rest of the world can join her.