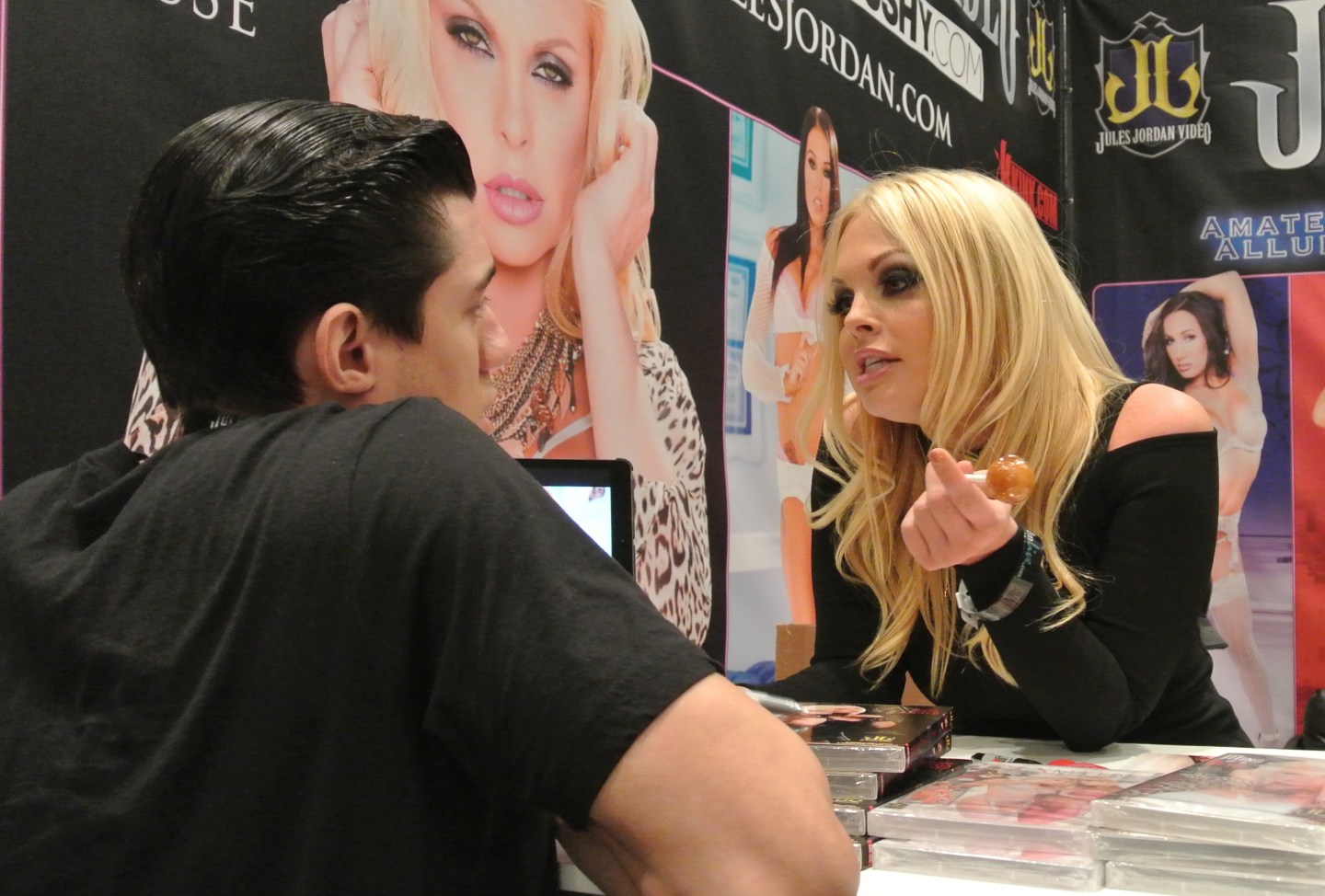 While legally protected, the adult entertainment industry regularly finds itself fighting regulatory efforts. This November, for instance, voters in California will consider a ballot measure requiring performers in adult films to wear condoms and use other safety precautions, including gloves, dental dams and other skin protections to avoid contact with bodily fluids. (Violators would face fines of $70,000 and more.)

"Carly Fiorina - I like her stances. I think she's an intelligent woman. And if we're going to make the presidency and the candidacy about the gender of the opponents, then I say why not Carly?"

"I'm a Donald Trump supporter. I am a Republican. I do believe in small government, big business and he is a very brilliant businessman. In terms of who can keep the economy running, [he's] awesome."

"Probably Bernie, if I have to go with anything ... because he's all over my Facebook. But I don't vote, because I don't think our votes matter."

"I'm going to have to vote for Hillary Clinton because I want to stay out of jail. Any time the Republicans come in, the obscenity charges come, so I think I'm leaning towards Hillary Clinton."

"I hate answering this honestly because it's not a popular vote, but it's Trump because I like my money. I'm sorry! I'm sorry! I want to keep it. Flat tax rate? Sold!"

"Bernie Sanders because he does politics really well, he has ethics and he's respectable. I just really like his policies. I like his stance on healthcare. He's the right choice."

"The industry has fared well most with a Democratic administration, so I will probably support a Democratic nominee. And since we don't know who that's going to be. I'll just leave it at that. I like Bernie. I like Hillary. I don't think anyone's resume matches Hillary's. But I do also like some of Trump's thoughts. But I'll remain a Democrat at heart and we'll see how the chips fall in a couple months. "

"I'm not going to say Trump, which is going to break my parents heart a little bit - probably more than my career choice. I'll say probably Bernie Sanders. "

"I'm supporting McGovern, because I think he'll be a lot better for the war effort than Nixon."

And the winner is...

Presidential candidate Bernie Sanders before the start of the first Democratic debate in Las Vegas on October 13, 2015.

So which candidate won the vote of the adult entertainment industry? Early on in the evening, Trump was the leader, but ultimately, the Democrats reigned supreme. Here were the top three:

Outgoing President Barack Obama, by the way, received one vote.