Cam Newton Got $1 Million Richer in Just One Week 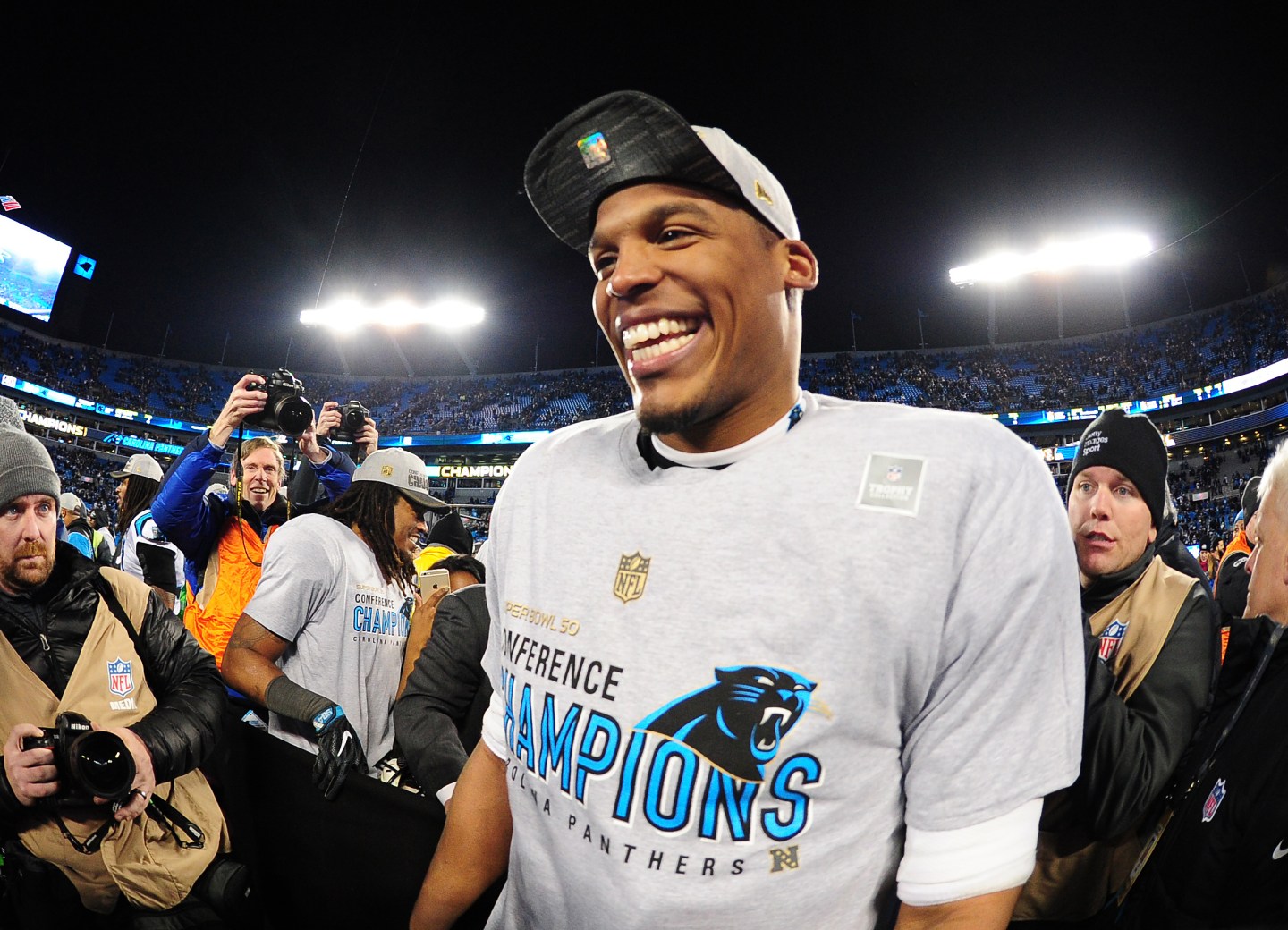 Carolina Panthers’ quarterback Cam Newton has had a huge week. Not only did he lead his team to an NFC Championship, but he also reportedly earned $1 million more in endorsement deals thanks to the win.

Newton already has a $103.8 million 5-year contract with the Panthers from June 2015, according to ESPN’s David Newton. He currently makes $11 million solely from deals with Gatorade (PEP), Microsoft (MSFT), and Under Armour (UA), according to Bloomberg. Before the Panthers’ win over the Arizona Cardinals last weekend, Newton was making $10 million in endorsements.

Yes, you did the math correctly. That’s a $1 million bump in less than a week.

An Under Armour company spokesperson told Bloomberg that Newton signed an extension with the brand before the season started that includes bonuses for career milestones.

Ironically, only Denver Broncos quarterback Peyton Manning, who the Panthers will face in the Super Bowl on Feb. 7, makes more than Newton from endorsements this season.

The fans, though, seem to favor Newton. His merchandise is selling the best of any NFL player since the playoffs began, according to Fanatics, the largest online retailer of licensed sports merchandise, although it did not provide sales figures or units sold. He’s apparently trailed by Manning and Patriots quarterback Tom Brady. Newton, 26, is the youngest of the three.

“We believe he’ll take us to the Promised Land,” Panthers general manager David Gettleman said before the season started. And with less than two weeks until the Super Bowl, he’s close to finding out if that prediction will come true.