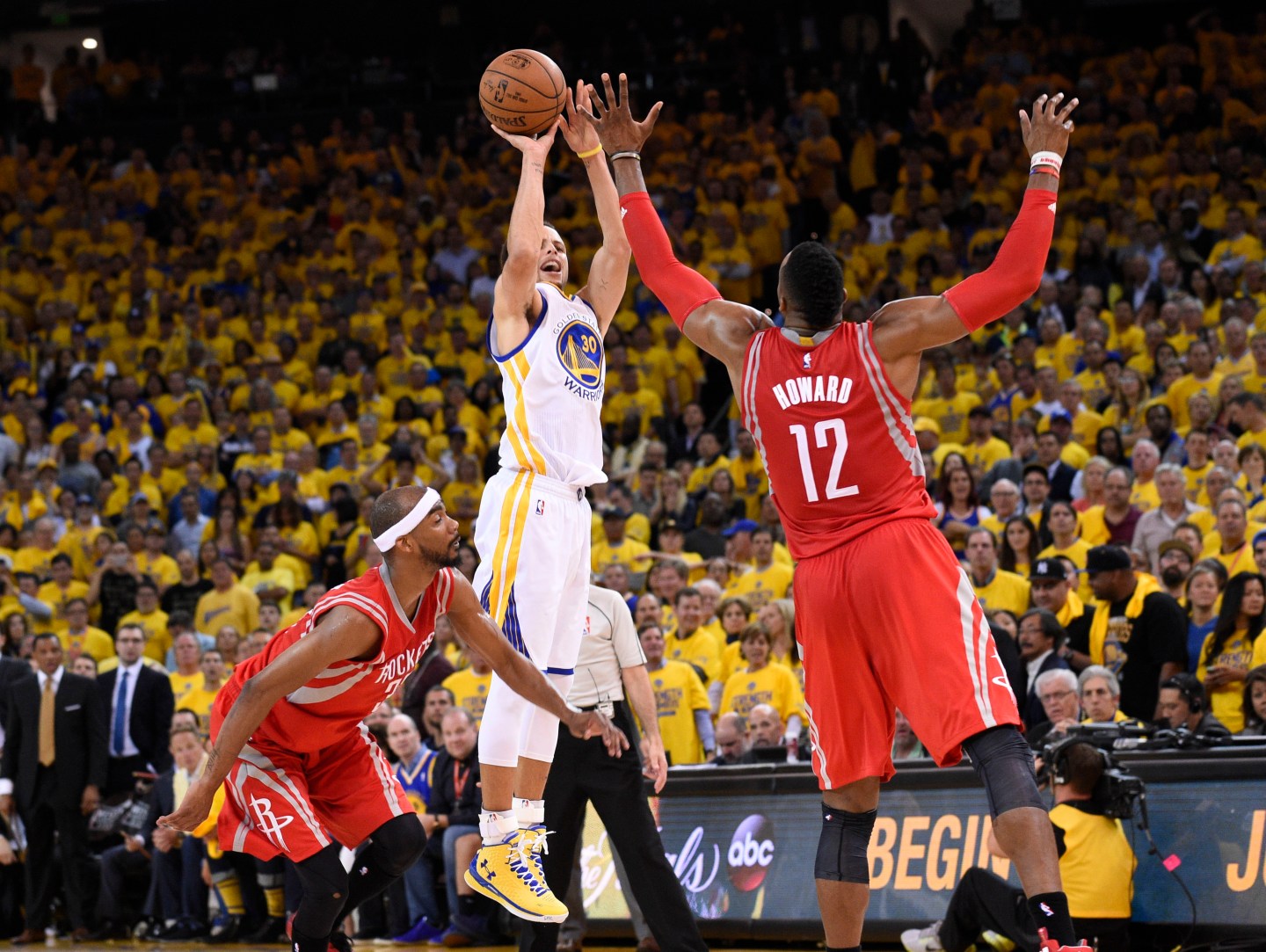 May 27, 2015; Oakland, CA, USA; Golden State Warriors guard Stephen Curry (30) shoots over Houston Rockets center Dwight Howard (12) during the fourth quarter in game five of the Western Conference Finals of the NBA Playoffs. at Oracle Arena. Mandatory Credit: Kyle Terada-USA TODAY Sports - RTX1EUZ0
Photograph by Reuters USA Today Sports
The Golden State Warriors’ new stadium has a new name thanks to JPMorgan Chase (JPMQL).
The arena will be called the Chase Center, according to ESPN, after the team struck up a deal with the bank. It’s privately funded and will seat 18,000 people. The arena will be in San Francisco’s Mission Bay neighborhood, according to the NBA, and its slated to be ready for the 2019-20 basketball season.
Terms of the deal were not disclosed, ESPN reported.

Frank Nakano, the managing director of sports and entertainment for the bank, told ESPN the company will use the deal to promote the bank’s consumer credit cards and home-mortgage financing businesses to fans.

JPMorgan Chase already has naming-rights to the Arizona Diamondbacks’ stadium and has a large presence at Madison Square Garden, the publication notes.

“San Francisco is the only top-25 market that doesn’t have a world-class arena for sports and entertainment,” Warriors president Rick Welts said to ESPN. “San Franciscans have never had the opportunity to be part of the typical concert tours that go through big cities. That will now happen.”

“To do this now was incredibly important to financing the project, an absolute cornerstone,” Welts said to SFGate. “It won’t be the last deal we announce, but it will be the biggest and most important deal we’ll announce. It sets the right tone for the other discussions.”

Fortune has reached out to the Golden State Warriors for comment, and we will update this story once we hear back.