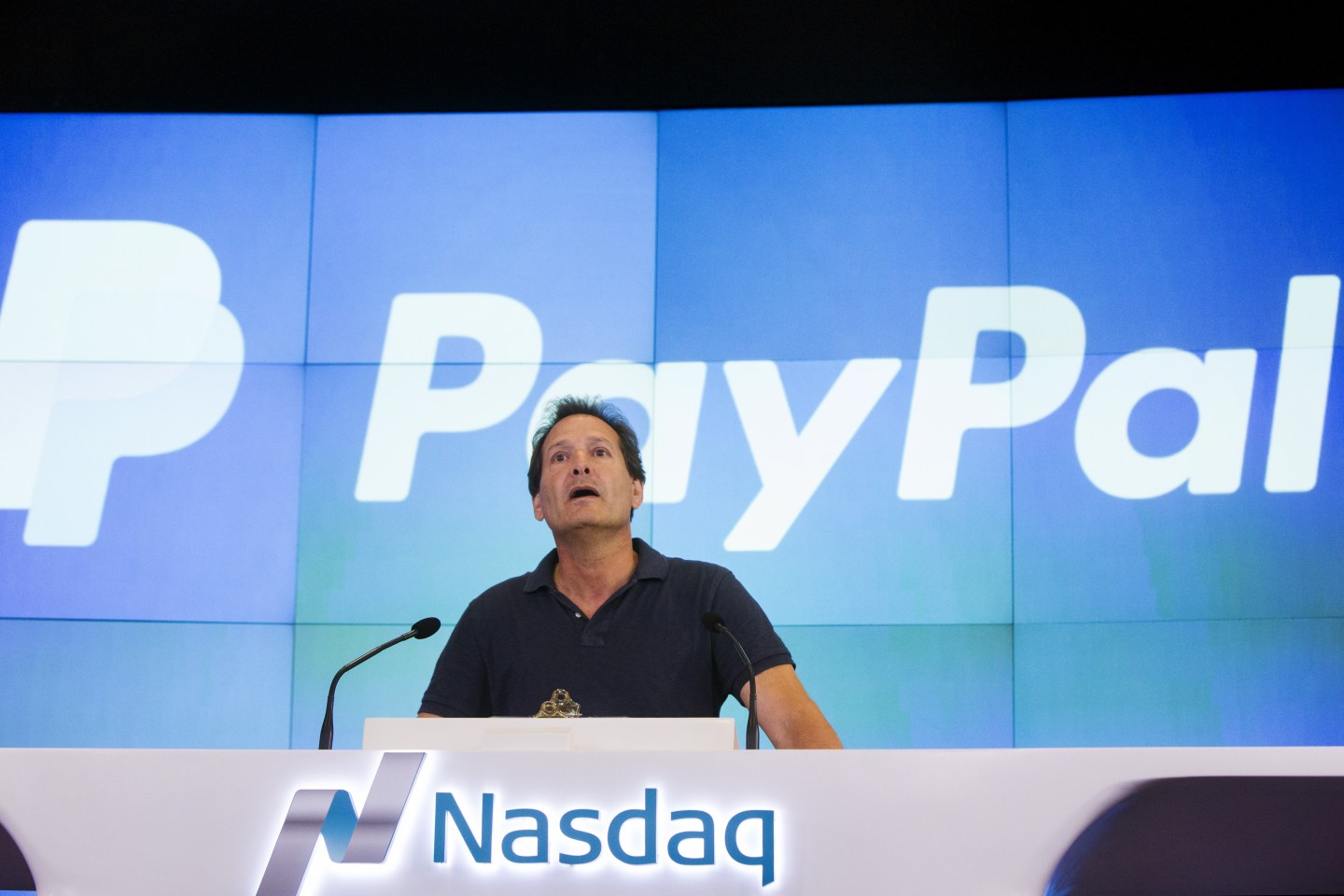 PayPal added a record number of new users in the fourth quarter, the payments giant revealed as part of its latest quarterly earnings Wednesday afternoon. In an earnings call with analysts, CEO Dan Schulman shared that the company is gaining momentum and is benefitting from the shift by shoppers to mobile devices.

The increased growth is a sign that PayPal is succeeding as a separate company from marketplace eBay, which the payments company spun off from in 2015.

“It’s becoming increasingly evident that payments is a hard business to crack,” Schulman said. “While many others are attempting to play in this space, PayPal continues to gain market share.”

PayPal added 1.6 million accounts through its $890 million acquisition of Xoom, which lets people send money, pay bills and reload mobile phones from the United States to 37 countries. Beyond Xoom, Schulman also explained that the company’s isn’t losing as many users as before without giving any further details about the numbers of defectors.

Lastly, he said that the rise in payments from mobile devices and the company’s new technologies like One Touch which lets users log in once with PayPal to pay for goods when shopping online and on their mobile devices, is helping attract more users In the fourth quarter, PayPal processed $20 billion in mobile payment volume, up 45% from the same quarter in 2014.

Schulman said that more than 10 million people have enabled the universal digital payments service, signaling more people are buying items using their mobile phones. More than 1 million merchants worldwide let shoppers pay with OneTouch, and PayPal is processing millions of One Touch transactions each month. And there’s the fast growing mobile payments app Venmo, which is popular with millennials.

For more on PayPal, watch this:

Payments is a really hard business, Schulman explained, but the company has been able to succeed because it has a “comprehensive” group of services, including merchant and consumer offerings. “Our biggest competition is ability to execute on our game plan.”

PayPal’s shares (PYPL) were up 4% in after hours trading to $33 per share.