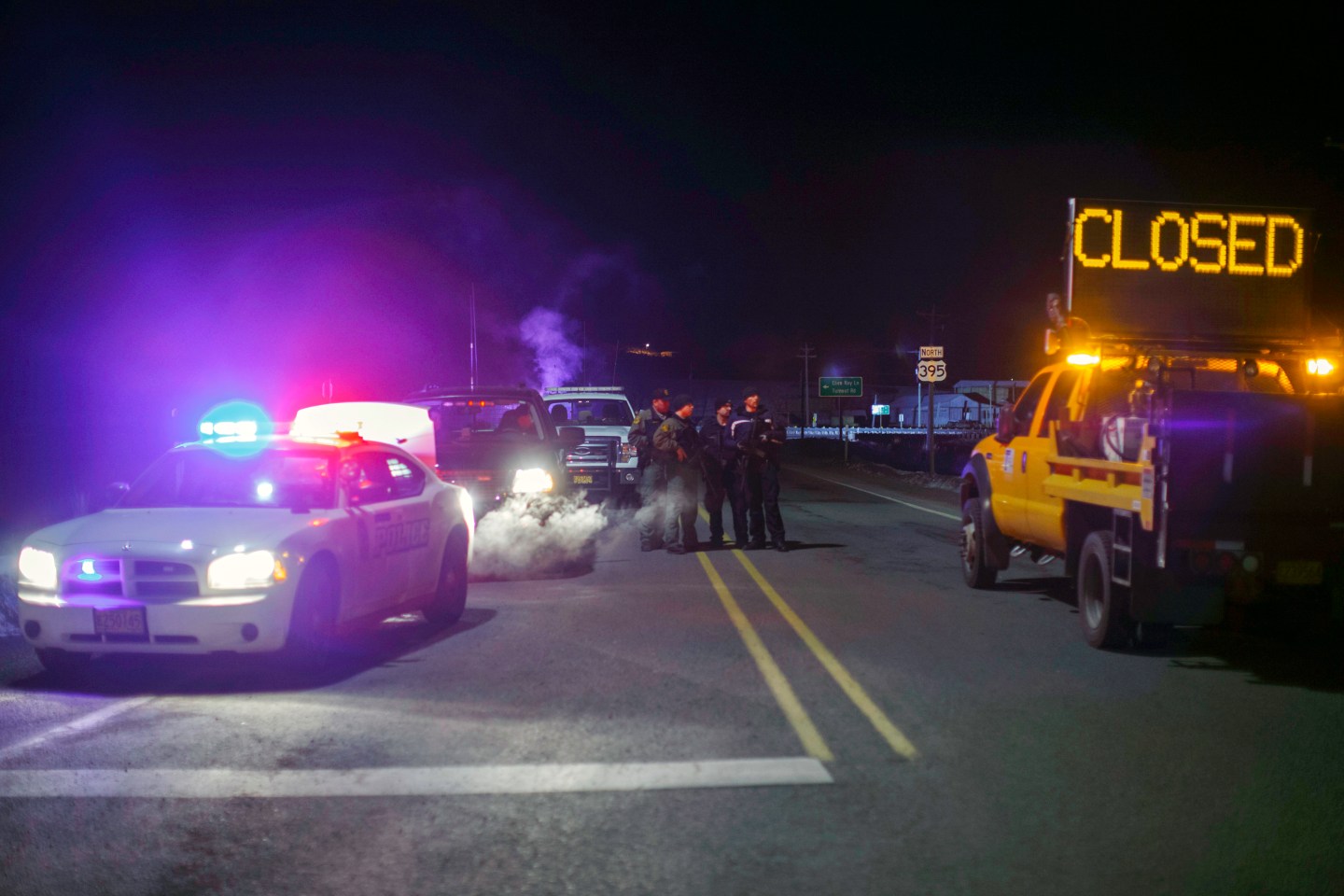 Law enforcement personnel monitor an intersection of closed Highway 395 in Burns, Oregon on January 26, 2016, during a standoff pitting an anti-government militia against the US authorities. One person died in an armed clash with police as they arrested the leaders of a group laying siege to an American wildlife refuge, the FBI said January 26. AFP PHOTO / ROB KERR / AFP / ROB KERR (Photo credit should read ROB KERR/AFP/Getty Images)
Photograph by Rob Kerr — AFP/Getty Images

The month-long occupation of a federal wildlife reserve in Oregon by an armed group of protesters turned violent Tuesday, with authorities killing one member of the group and arresting another eight.

The FBI said that at around 1625 Pacific Time, its officers, together with the Oregon State Police, “began an enforcement action to bring into custody a number of individuals associated with the armed occupation of the Malheur National Wildlife Refuge.”

It noted that shots were fired during the action.

However, the stand-off continues, as some of the protesters refused to abandon the wildlife refuge. Reuters reported that the FBI was setting up a perimeter around the location Tuesday night.

Jason Patrick, one of the occupiers, told Reuters that they would stay until their grievances were redressed.

All of those arrested face a federal felony charge of conspiracy to impede U.S. officers from discharging their official duties through the use of force or intimidation, the FBI said.