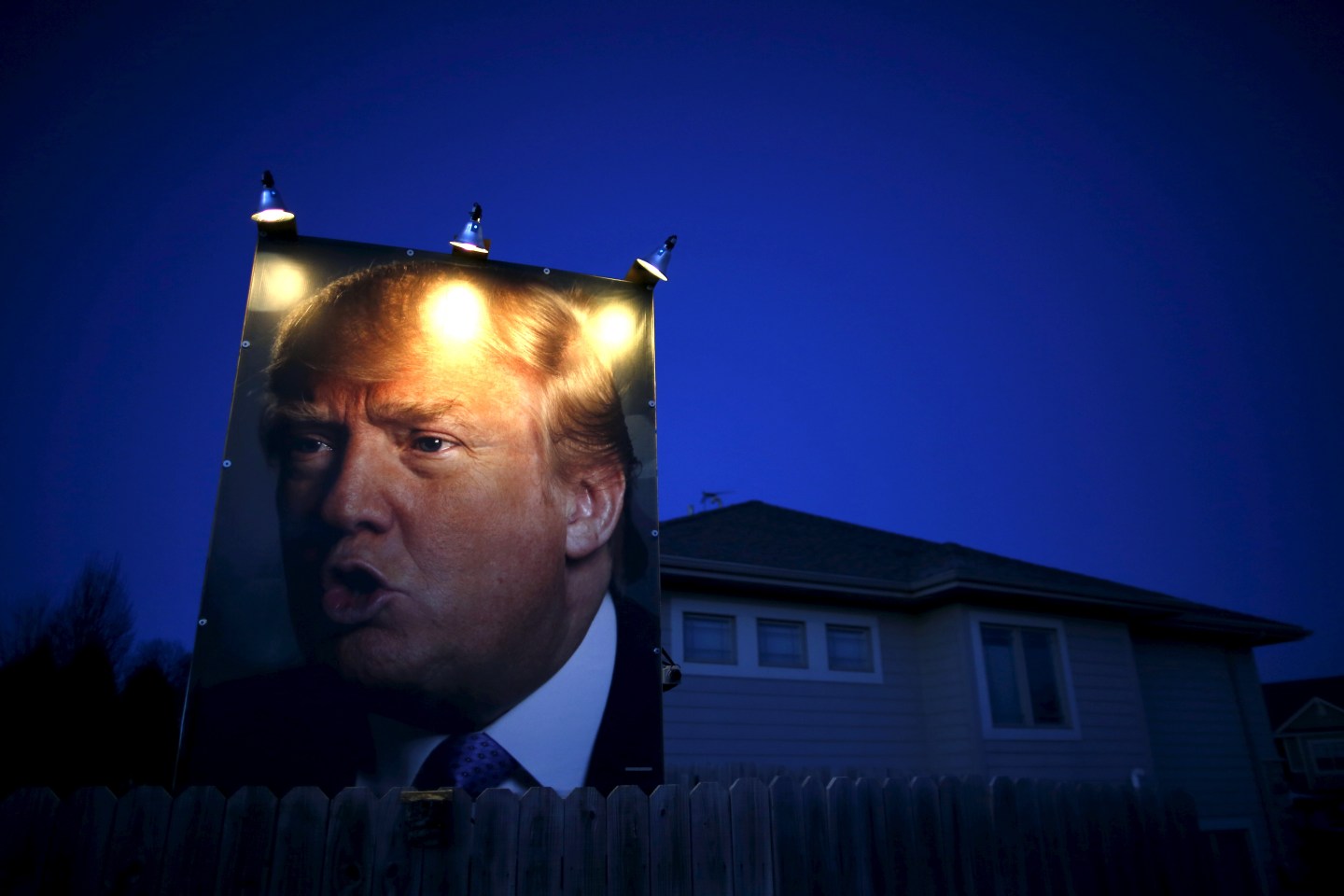 In the run-up to the Iowa caucuses on Monday, this much is already clear: Dumping a truckload of money into the Hawkeye State is no way for a presidential candidate to guarantee success there.

A final report on ad spending proves the point. The heaviest spenders — those promoting former Florida Gov. Jeb Bush and Florida Sen. Marco Rubio — have little to show for it, compared to the relatively meager investments the two leading campaigns have made.

The Bush team has spent the most, plowing $15 million into ads in the state, according to an NBC report citing spending figures from SMG Delta. For all that, the one-time frontrunner now is polling in the low single digits, good for fifth place. And the various accounts backing Rubio have spent $12 million to help him secure support from roughly 12% of the Republican electorate, placing him third.

But Texas Sen. Ted Cruz has only dropped $6 million in the state and he’s polling at roughly 27%, a strong second behind Donald Trump. The frontrunner himself has spent the least of the bunch on ads — $3.3 million — yet he apparently enjoys a solo share of the lead with roughly 33% support.

There’s no doubt this has been an unusual election. But strictly in terms of candidates’ ROI in Iowa, it’s actually not so different from recent cycles. Consider 2012, when former Pennsylvania Sen. Rick Santorum, all but left for dead by the press and relegated to traversing the state on a shoestring budget in a pickup truck, managed to pull out a shocking upset. He spent less than a dollar on television ads for every vote he won, while then-Texas Gov. Rick Perry spent more than $350 per vote and finished fifth.

That the process refuses to be bought is one of its chief virtues — and among the strongest arguments for its continued primacy on the calendar of primary events. But Trump’s candidacy is menacing Iowa’s political culture in a different way. While he hasn’t attempted to short-circuit the contest there by outspending the field, he’s also avoided the retail rigors that Iowa voters usually demand of their winners, forcing them to earn votes one at a time in diners and living rooms across the state. Instead, until this week, Trump’s mostly kept voters at arms length by sticking to appearances at rallies in arenas. If he pulls out a win on Monday, his refusal to submit to up-close inspection, rather than his tightfistedness, would prove the real affront to Iowa tradition.