Restaurants Have Lost the Battle Against Cell Phones 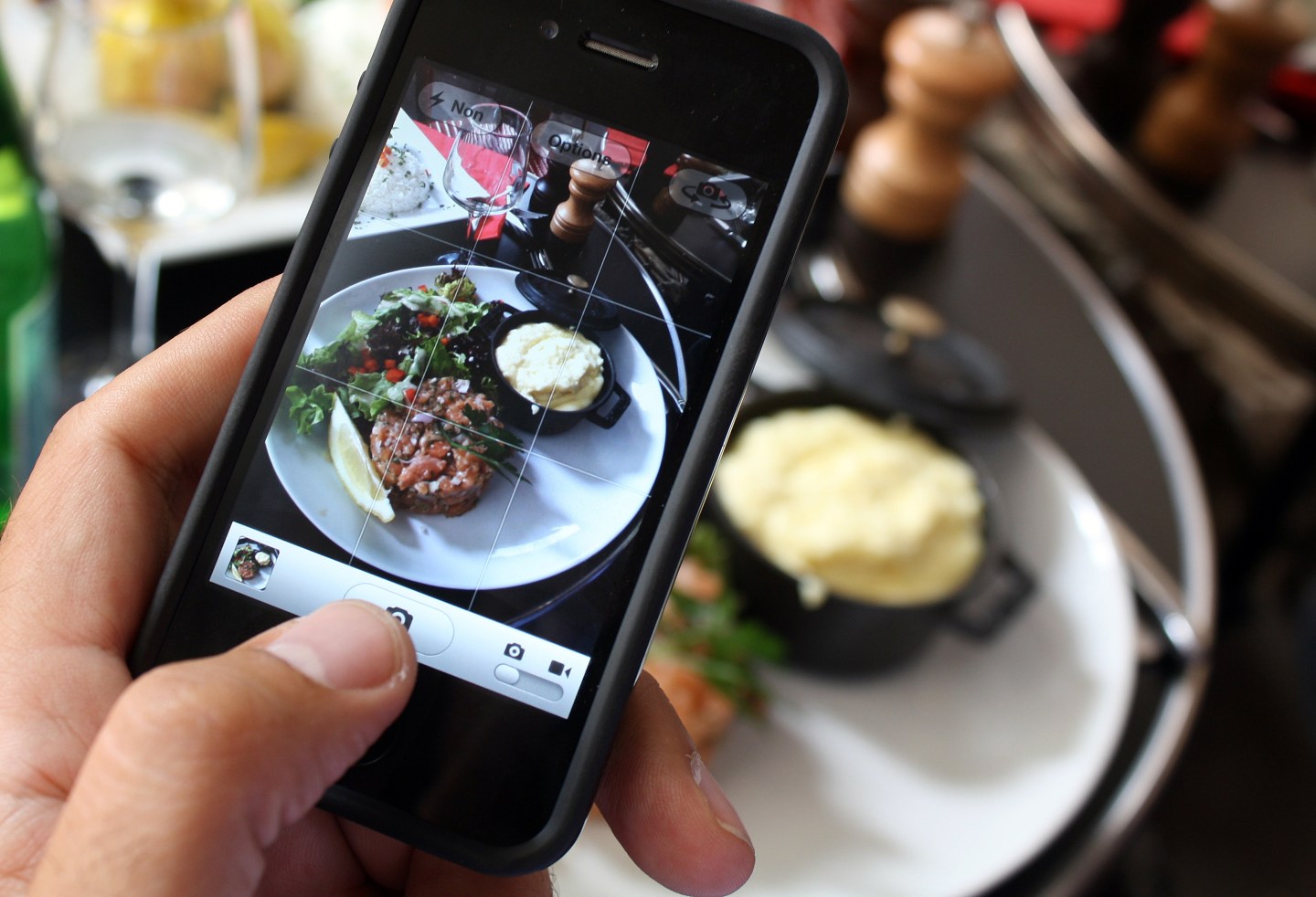 TO GOWITH AFP STORY BY Karine ALBERTAZZI et Isabelle TOUSSAINT A man takes a picture of his meal with his mobile phone to share it on the "Food Reporters" network on July 19, 2012 during his lunch in a restaurant in Paris. "Food Reporters" is a culinary social network accessible via a smartphone application and a website. AFP PHOTO / ANA AREVALO (Photo credit should read ANA AREVALO/AFP/Getty Images)
Photograph by Ana Arevalo — AFP via Getty Images

If you want to use your phone during a meal, restaurants won’t try and stop you anymore.

Cell phones made their way into virtually everyone’s pockets through the early 2000s and, soon after, Instagram sparked the rise of amateur food photography. It’s nearly impossible to go to a restaurant today without seeing someone whip out their phone to take a picture. The practice tends to bother some customers, making it incumbent on restaurants to respond.

Several restaurants have attempted to ban diners from using their phones during a meal, while others even encourage it. According to a Bloomberg survey of 20 highly respected chefs and restaurateurs, most of them are fairly indifferent. They appear to agree that talking on the phone during a meal is a restaurant no-no, and some even provide separate areas where it’s acceptable for patrons to take calls.

As for text messaging and taking pictures, many of them don’t necessarily agree with it saying that it detracts from the experience. However, they don’t mind as long as no one’s being bothered. Jonny Lake, head chef of the three Michelin star establishment Fat Duck, told Bloomberg, “I’d say 80% or more of guests take pictures of the food. If it makes people happy, why not?”

Many restaurants benefit from free advertising because of the #FoodPorn trend. “It’s weird when people sit looking at their phones during meals,” Oliver Milburn, co-owner of Kitty Fisher’s in London, told Bloomberg. “But we’ve benefitted from pictures on Instagram and Twitter, so I am biting the hand that feeds me if I criticize mobile phones.”