Why Tech is Winning the War for Talent 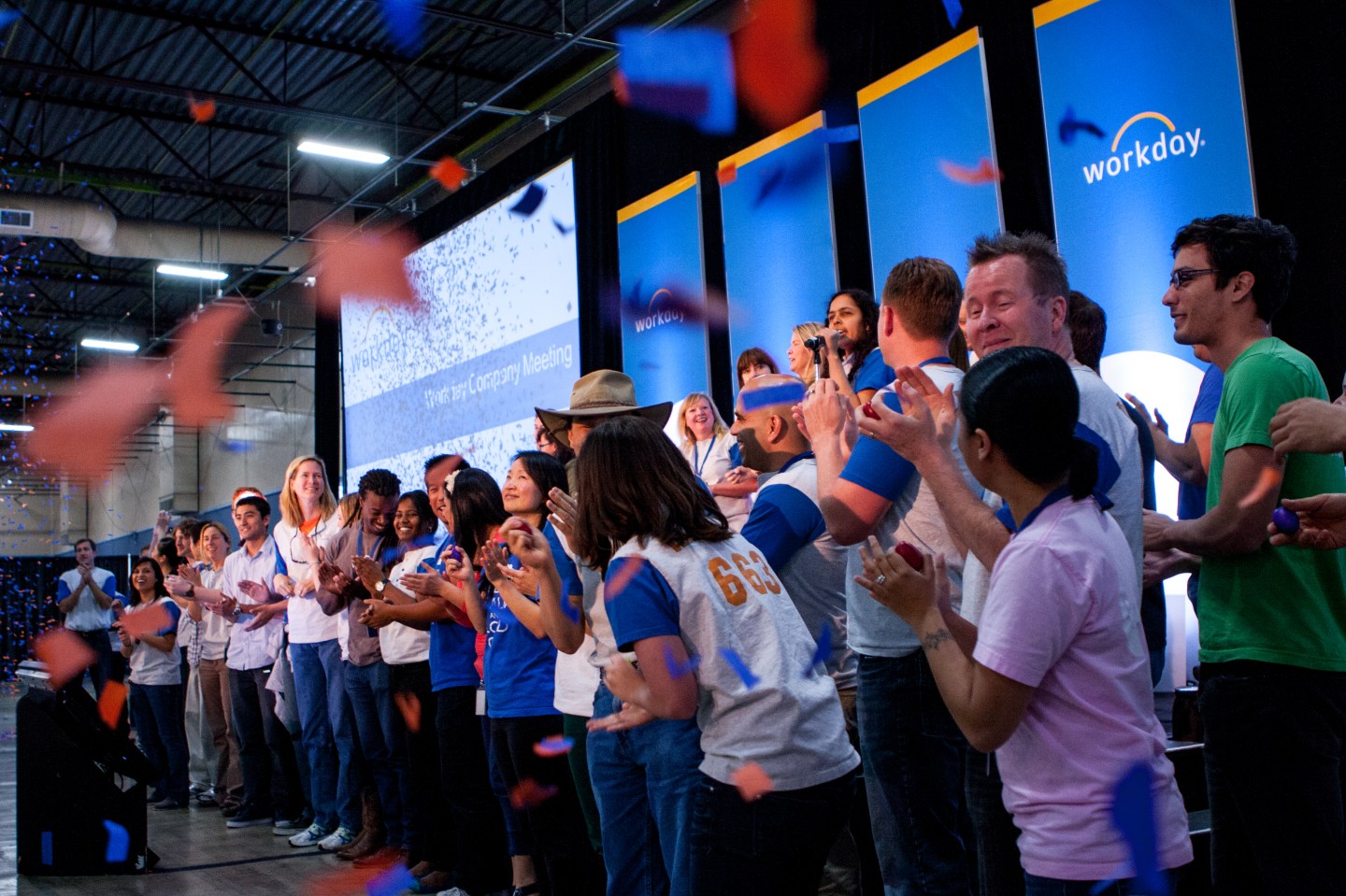 Thermostats that can check the forecast online and adjust themselves accordingly now sit on the shelves of chain hardware stores. At tractor dealerships, combines come equipped with sophisticated GPS software. The companies that make those machines can draw from terabytes of data to operate more efficiently. And even General Electric (GE) – which can trace its industrial roots back to light fixtures marketed by Thomas Edison – now promotes itself as “the world’s digital industrial company, transforming industry with software-defined machines.” Never before have businesses in so many parts of the economy relied on computing to stay relevant. Yet in one critical respect, most industries are falling behind.

It takes highly skilled people to make all that code and hardware function, and recruiting them means competing with tech companies that have built their work cultures in fundamentally different ways than organizations in older lines of business. Big names in Silicon Valley have fought over the best hires for years and learned long ago that retaining them takes more than a bigger paycheck. “In short, they build trust. They stand on trust. They use trust as a competitive differentiator,” says Chinwe Onyeagoro, a business strategy expert and EVP of U.S. consulting at Great Place to Work. “The perks and benefits are just what outsiders looking in get dazzled by. They are not the main event. Tech companies will keep winning by default, because the ‘competition’ still does not quite get that to be great you have to invest in better relationships, not in more things.”

Multiple university studies highlighted by business author Daniel Pink back that up. Research has shown that pay and performance aren’t linked as tightly as most managers would assume, and higher pay has even been correlated to lower performance in jobs that require cognitive tasks. While the companies considered for the recently announced Best Workplaces in Technology tend to pay well, the best pulled ahead of their peers by giving their people the level of autonomy and professional engagement they need to innovate. Employees say these organizations help them do what they love, gain mastery in their fields and work in an environment where they can throw out ideas without tripping over the chain of command.

“One of the things that tech companies do really, really well – they don’t rely a whole lot on hierarchy,”says our colleague Anil Saxena, a Partner at Great Place to Work. “What non-tech organizations can learn from tech companies is that it’s important to make sure they are allowing employees to share information as much as possible to whomever.”

For example, 88 percent of employees at the best tech workplaces say their managers involve them in decisions affecting their jobs, compared to just 62 percent among the bottom 30 companies considered for the list. Likewise, 92 percent of people at the winning organizations say their bosses genuinely seek out feedback from their teams. Overall, the leading tech employers outperform their peers by 23 to 41 percent on an index of innovation-driving behaviors. The result is a culture where people feel comfortable taking risks and communicate easily with those in different departments or positions of authority. “There’s a lot more collaboration,” says Saxena, “a lot more working toward common goals of the organization.”

Leading tech companies also enjoy positive feedback from employees on questions related to office politics, fairness in promotions and the staff’s share of profits. (In fact, they even score better in these categories than the organizations on Fortune and Great Place to Work’s broader list of the 100 Best Companies to Work For.) This means an engineer at a workplace like xMatters can focus all her energy on solving customers’ problems or getting a product to market quickly, rather than competing for the attention of her boss to ensure her efforts are recognized.

It is worth noting that technology organizations often benefit from teams that share similar professional backgrounds and interests, which can make them more homogenous than workforces in other industries. Enhancing the ranks of under-represented groups also remains an unresolved challenge across the technology sector as a whole. Nonetheless, some of its leading employers stand apart. Yelp (YELP), for instance, employs roughly as many women as men in management roles, while minorities make up more than a third of the workforce at Workday (WDAY) and six other companies on the best tech workplaces list. This success in incorporating different viewpoints and cultures will only become more important as growing companies expand into new markets at home and look toward fast-developing nations abroad.

Of course, no one at a non-technology company needs to be told that new thinking will be essential for survival in a digitally centered world. What many business leaders don’t realize, though, is that innovation can require fundamentally rethinking the workplace. Traditional hierarchies and office politics just don’t lend themselves to success in the “Internet of Things.” Organizations that fail to realize this will soon lose the best and brightest people – along with their ideas – to an American technology sector that’s well-aware of the competitive advantage offered by a fair and professionally fulfilling workplace.

Sarah Lewis-Kulin and Peter Barnes are vice-president & senior editor, and consulting editor, respectively, at Great Place to Work, the longtime research partner for Fortune’s annual list of the 100 Best Companies to Work For and other best workplaces lists, including the 30 Best Workplaces in Technology.