Pope Francis Is Starting a Sports Conference at the Vatican 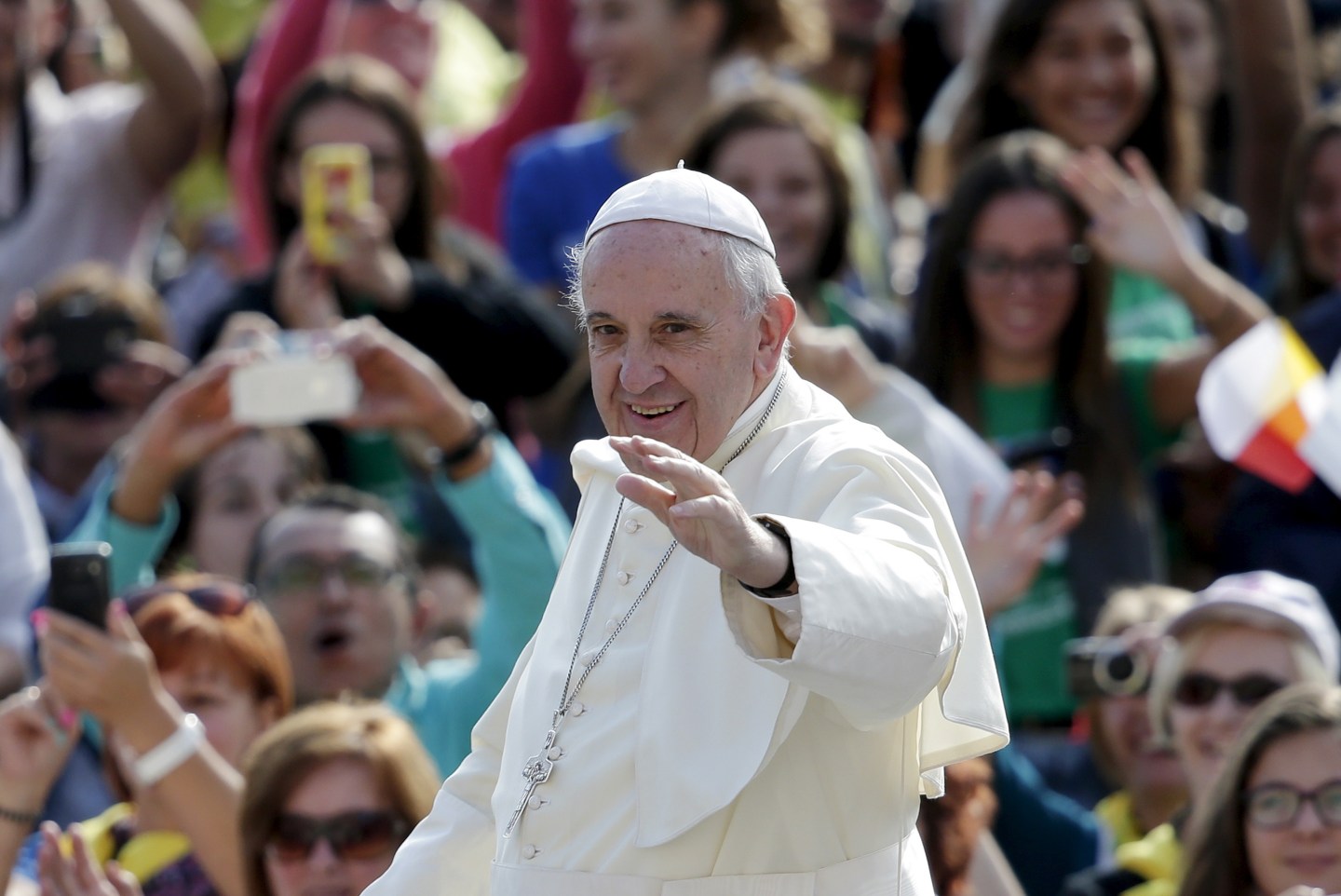 The Vatican is reportedly getting a sports conference this year—and the world has Pope Francis to thank.

Dubbed “Sports at the Service of Humanity,” the three-day conference is slated to run in the fall and is being conceived with the help of two North American marketing firms, as first reported by the Sports Business Journal.

The conference will be invitation-only and is expected to focus on the relationship between sports and society, according to the publication. The event is Pope Francis’ third global initiative focusing on education. About 150 of the world’s top figures in sports, government and religion are expected to attend.

The Vatican has tapped Lang Marketing, which is based in Canada, to develop and run conference from Oct. 5 – 7. The firm subcontracted The Aspire Group based in Atlanta to help organize and sell the event, according to the Sports Business Journal.

“There has never been such a meeting at the highest level of the Vatican on sports and faith,” said Monsignor Melchor Sánchez de Toca Alameda, the Vatican’s Secretary of the Pontifical Council for Culture, in an interview with the publication. “It is not a one-off event. The idea is to create a movement that brings in all religions and all countries.”

“We believe sports can be a powerful tool to make people grow,” he added.

“The official mission is to validate and endorse sport in the service of humanity,” Bernie Mullin, CEO of The Aspire Group, said to the Journal. “We’re looking to develop a declaration of principles and a set of guiding values that articulate how sport and faith can serve the greater good, and we want to develop partnerships to put these principles into action.”

“It is the Pope’s wish that the legacy movement developed from this Conference, will be to offer more children and their families, particularly those on the margins of society, the opportunity to play sport simply for the fun of it,” added Mullin in a statement to Fortune.

Fortune has reached out to Lang Marketing for comment, and we will update this post once we hear back.