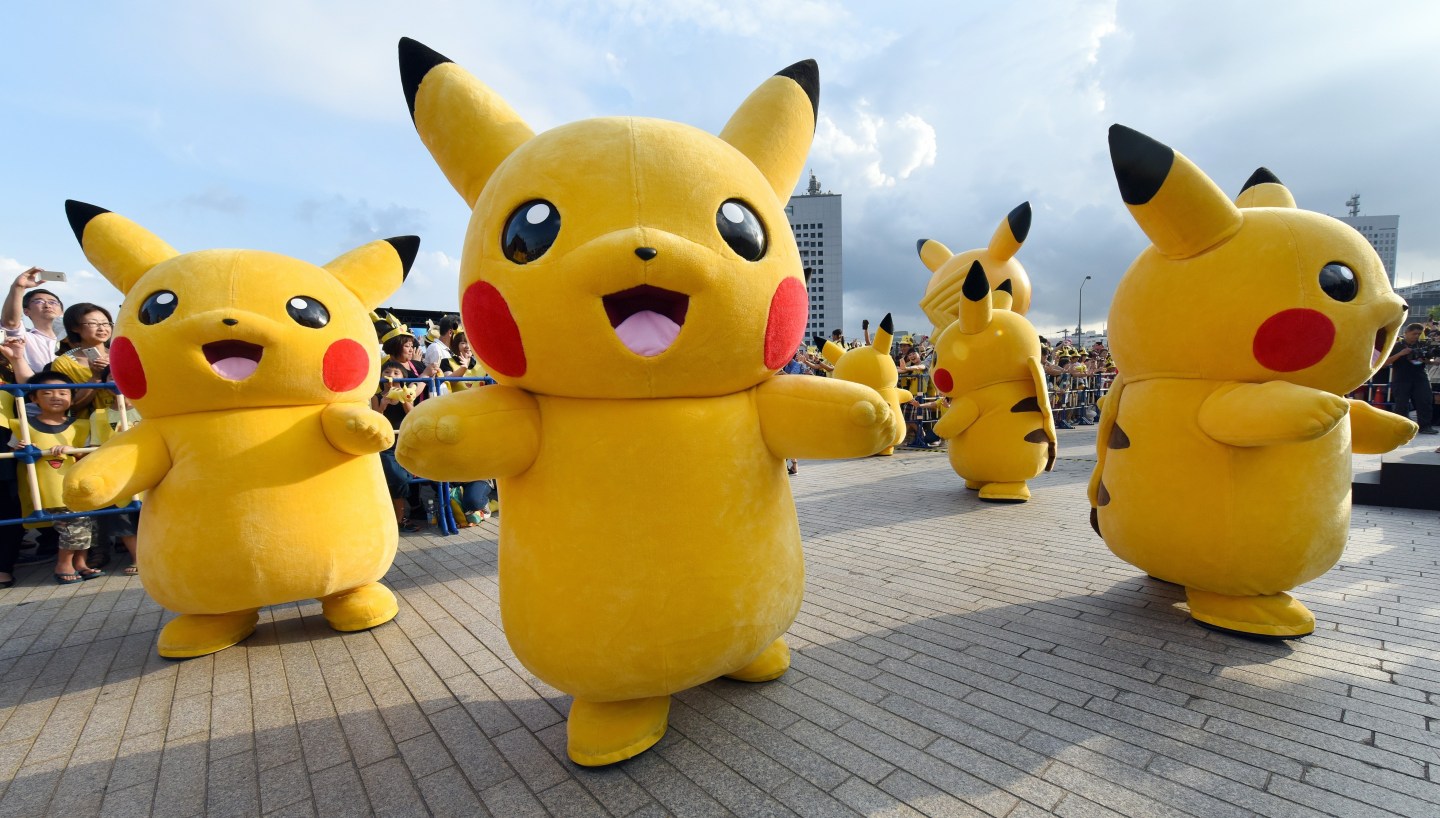 To celebrate its 20th anniversary, Pokémon is airing its first-ever Super Bowl commercial.

A 30-second version of the ad, which was shot in Rio de Janeiro, will be shown during the third quarter of the game which has the Denver Broncos take on the Carolina Panthers.

The ad “explores ambition, drive, and training, concepts that every Pokémon Trainer is familiar with,” according to a press release. “It celebrates the millions of Pokémon fans around the world who will enjoy identifying all of the hidden Pokémon references in the ad.”

“For 20 years, the Pokémon world has inspired fans to train hard and have fun,” J.C. Smith, senior director of Consumer Marketing at The Pokémon Company International, said in a statement. “This ad is reflective of that passion, and I can’t think of a bigger stage to share this story than the Super Bowl.”

The ad, which was made by the Los Angeles-based agency Omelet, is part of a yearlong campaign celebrating the franchise’s 20th anniversary, which can be found at Pokemon.com/20.

Check out a 70-second version of it here:

The news comes as the Pokémon Company announced Pokémon Go last year. The game, which is expected to be released in 2016, will have trainers search for and fight their Pokémon in the real world using their smartphones, as Fortune reported.