Staples Lays Off Hundreds of Employees 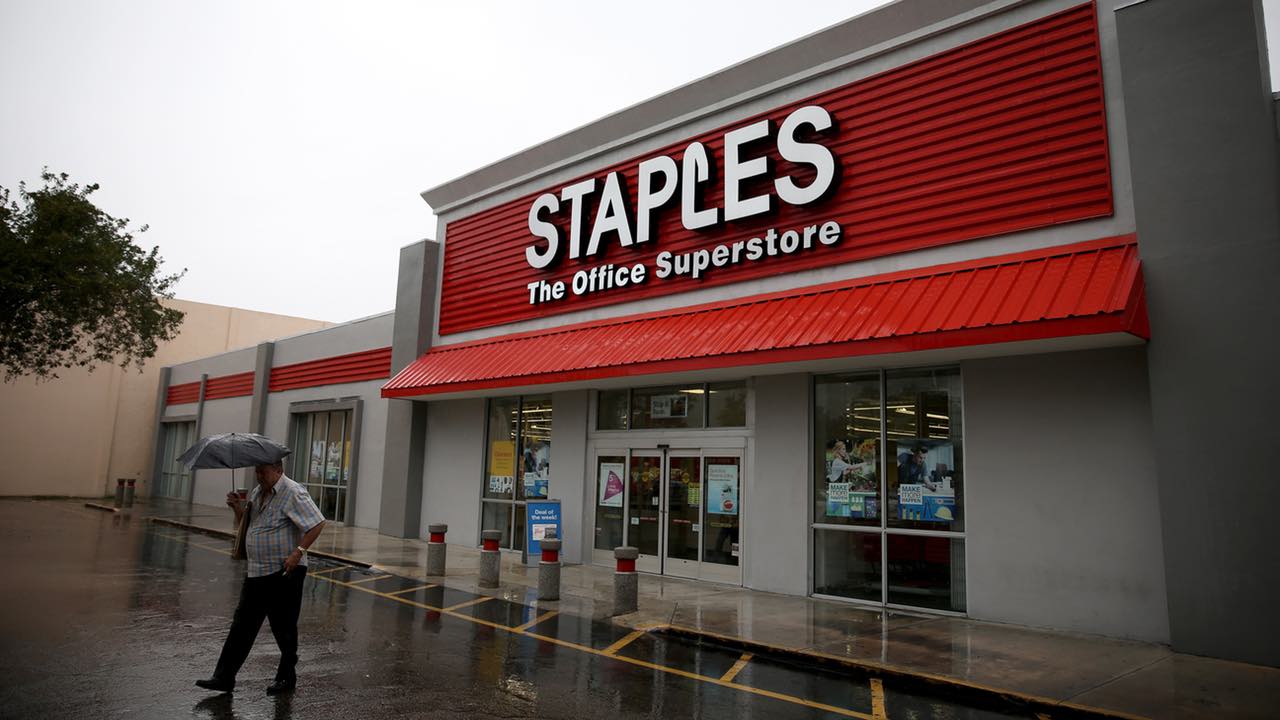 Staples Inc. on Monday laid off hundreds of corporate employees, according to multiple sources familiar with the situation.

“It was a bloodbath,” says one source, who adds that pink slips were handed to both senior and junior employees.

Company spokesman Kirk Saville declined to confirm or deny the layoffs, instead referring Fortune to a press release announcing various leadership changes and that Staples (SPLS) was “streamlining its structure.”

That official announcement made no mention of widespread firings, nor or any specific departures beyond Demos Parneos, president of North American stores and online.

One person not affected is chairman and CEO Ron Sargent, who continues to fight Federal Trade Commission opposition to his company’s planned acquisition of rival Office Depot (ODP).

Staples stock is down more than 7% so far in 2016, and down more than 50% from when the Office Depot deal was first announced last February. The company also has spent the past two years in a store closure process that was expected to affect at least 225 locations.