Someone Just Bought a Picture of a Potato For $1 Million 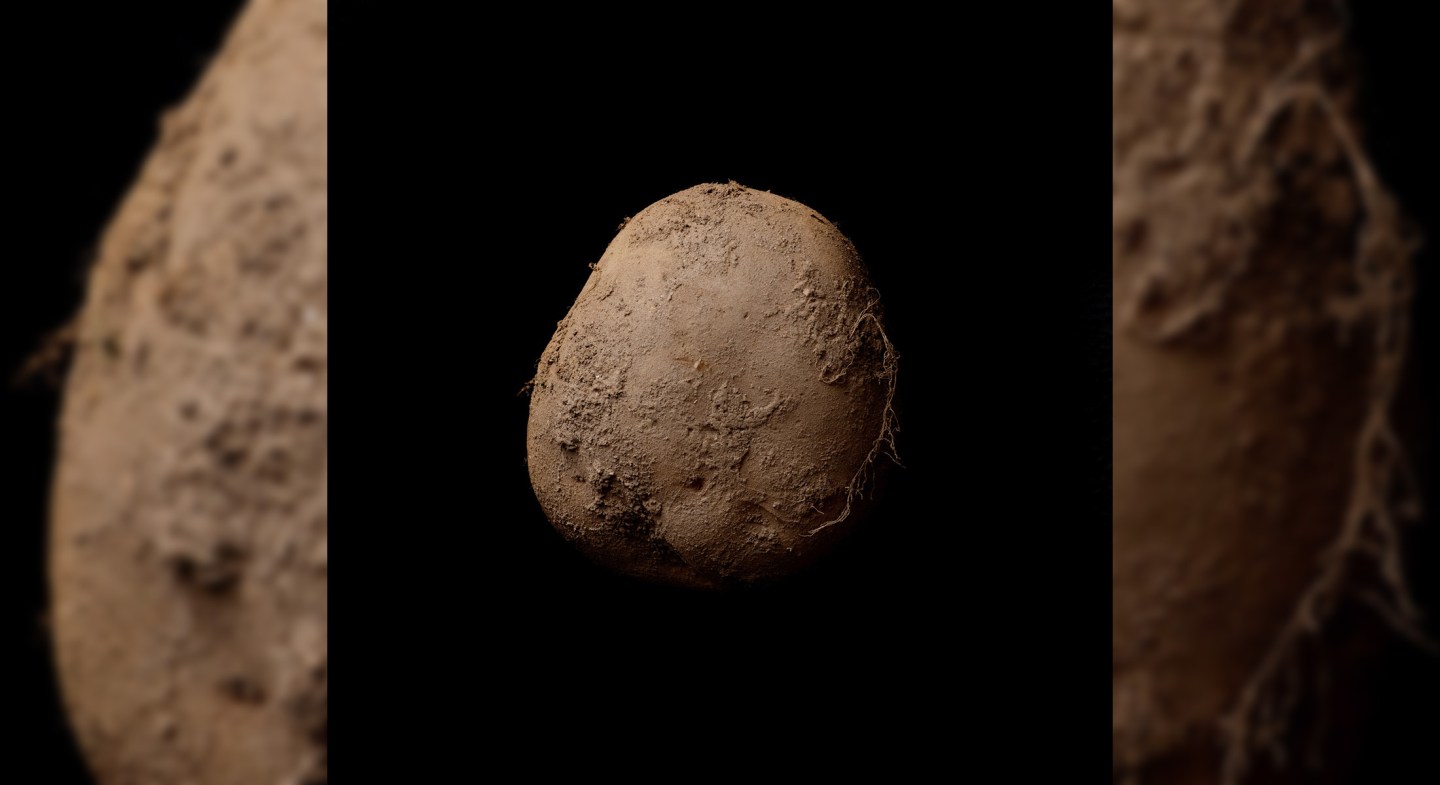 Photographer Kevin Abosch just sold a photograph of a potato for 1 million euros, equivalent to just over $1 million.

The photograph, titled “Potato #345,” was taken in 2010 as part of a series, the Independent reports. It’s a portrait of an Irish potato on top of a black background, a distinguished trademark of Abosch’s that is exceedingly sought after by his wealthy, and often well-known, admirers. The 46-year-old artist, who was invited to last week’s World Economic Forum in Davos, generally commissions photographs for at least $280,000.

The recently sold photograph is one of three in existence. Abosch keeps one in his own private collection and donated another to a Serbian art museum. The third was bought by an unidentified European businessman. Abosch recounted the story to the Sunday Times: “We had two glasses of wine and he said, ‘I really like that.’ Two more glasses of wine and he said, ‘I really want that.'” The two agreed upon a price a couple of weeks later, and it ended up being his most expensive non-commissioned work.

“Selling your own art is bittersweet,” Abosch said in a statement to Fortune. “You do it for practical reasons and hope that the work brings comfort and joy to its new owners.”