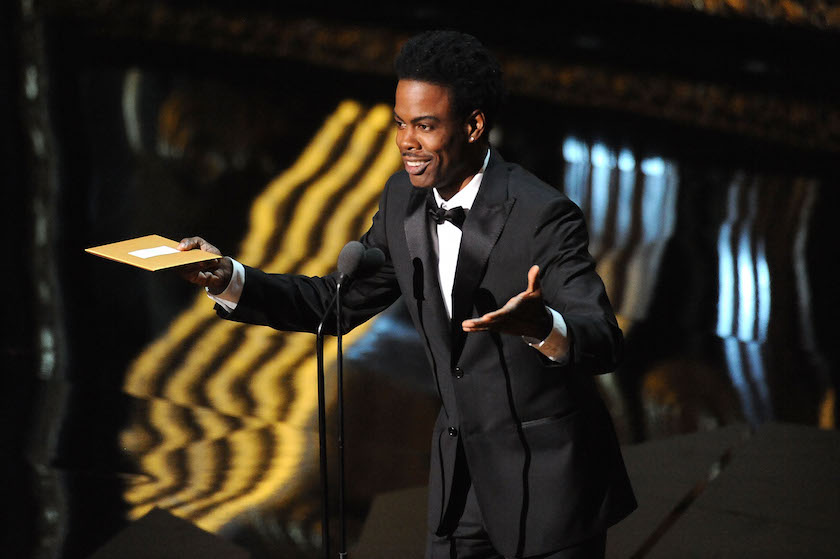 onstage during the 84th Annual Academy Awards held at the Hollywood & Highland Center on February 26, 2012 in Hollywood, California.
Photograph by Mark Davis — WireImage via Getty Images

All the recent talk about boycotts at this year’s Academy Awards have yet to deter Chris Rock, who’s apparently “hard at work” on jokes for the Feb. 28 telecast, the show’s producer said.

In an interview with Entertainment Tonight, Oscar producer Reginald Hudlin denied that the comedian was looking to bag his gig as the host of the Academy Awards. In fact, Hudlin said, Rock and his writing staff have “locked themselves in a room. As things got a little provocative and exciting, he said, ‘I’m throwing out the show I wrote and writing a new show.’”

In the last week, several Hollywood stars have declared they will not participate in the ceremony due to the dearth of nominees who are people of color. Will Smith and Jada Pinkett Smith said they planned to stay away from the show, while Spike Lee has said he will attend an NBA game instead. Others have weighed in on the nominations, including as Rashida Jones, Straight Outta Compton producer Will Packer, and actor Don Cheadle, who tweeted at Rock saying he’d be “parking cars on G level” during the show.

Even Rock referenced this year’s nominees in a tweet, calling the ceremony “The White BET Awards.”

The controversy prompted the Academy to change its membership rules with the intent to double the number of women and people of color in its ranks by 2020.

This article originally appeared on Ew.com.