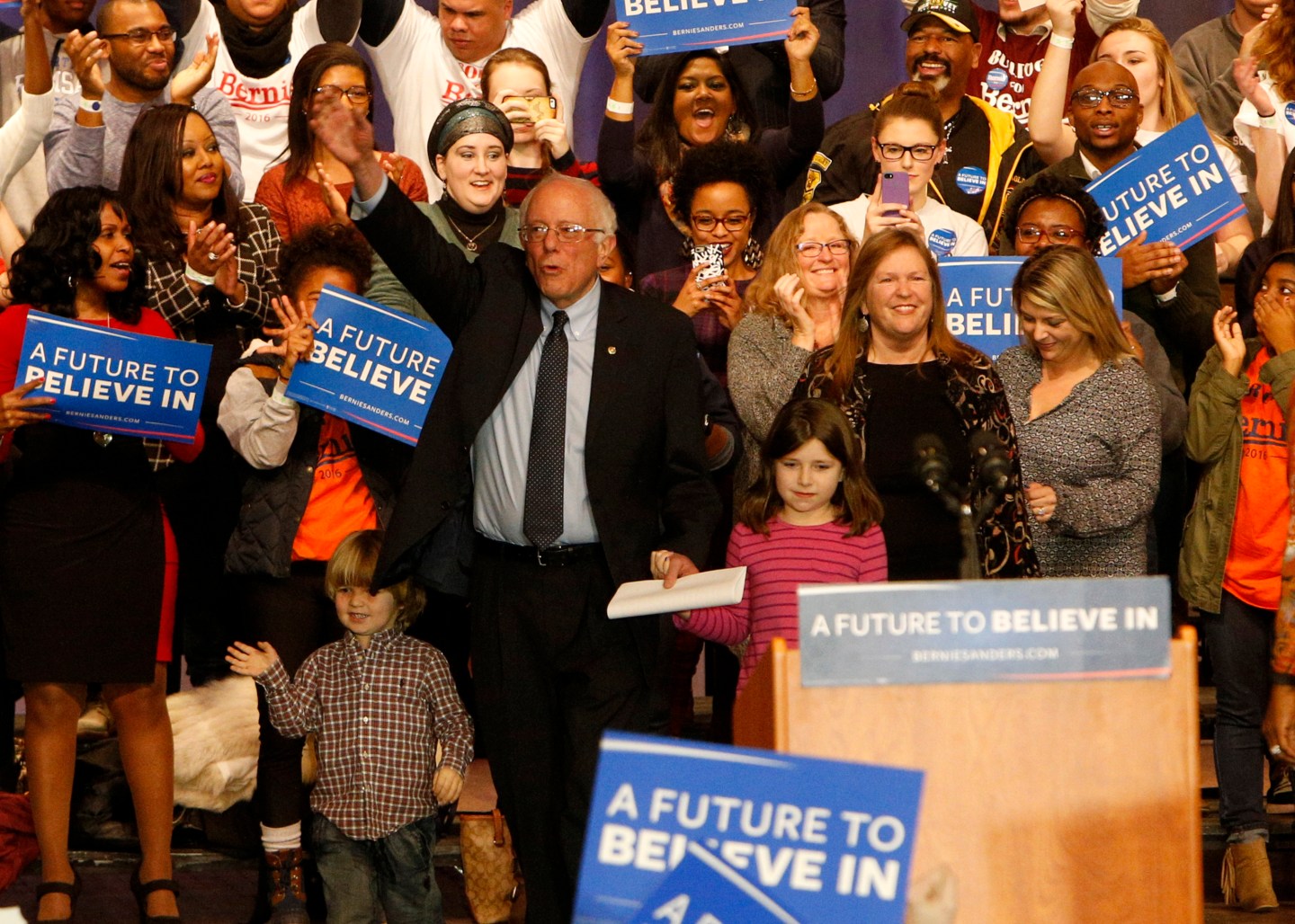 The Vermont senator discussed the possibility of taking on the duo on ABC News’ This Week, telling co-anchor Martha Raddatz the showdown would be “interesting.” “It will tell people what I have been saying for a long time,” Sanders said, “that this country is moving away from democracy to oligarchy, that billionaires are the people who are controlling our political life.”

“That is not what, to my view, American democracy is supposed to be about, a contest between billionaires,” he added. “If that takes place, I am confident that we will win it.”

Sanders’ comments come after Hillary Clinton said she will be the one to secure the Democratic nomination and save Bloomberg from having to make a decision. Bloomberg is exploring an independent campaign for president, TIME confirmed Saturday.

“He’s a good friend of mine,” Clinton said of the former mayor. “The way I read what he said is if I didn’t get the nomination, he might consider it. Well, I’m going to relieve him of that and get the nomination so he doesn’t have to.”