How the Carolina Panthers Are Ready For Sunday Despite Snow 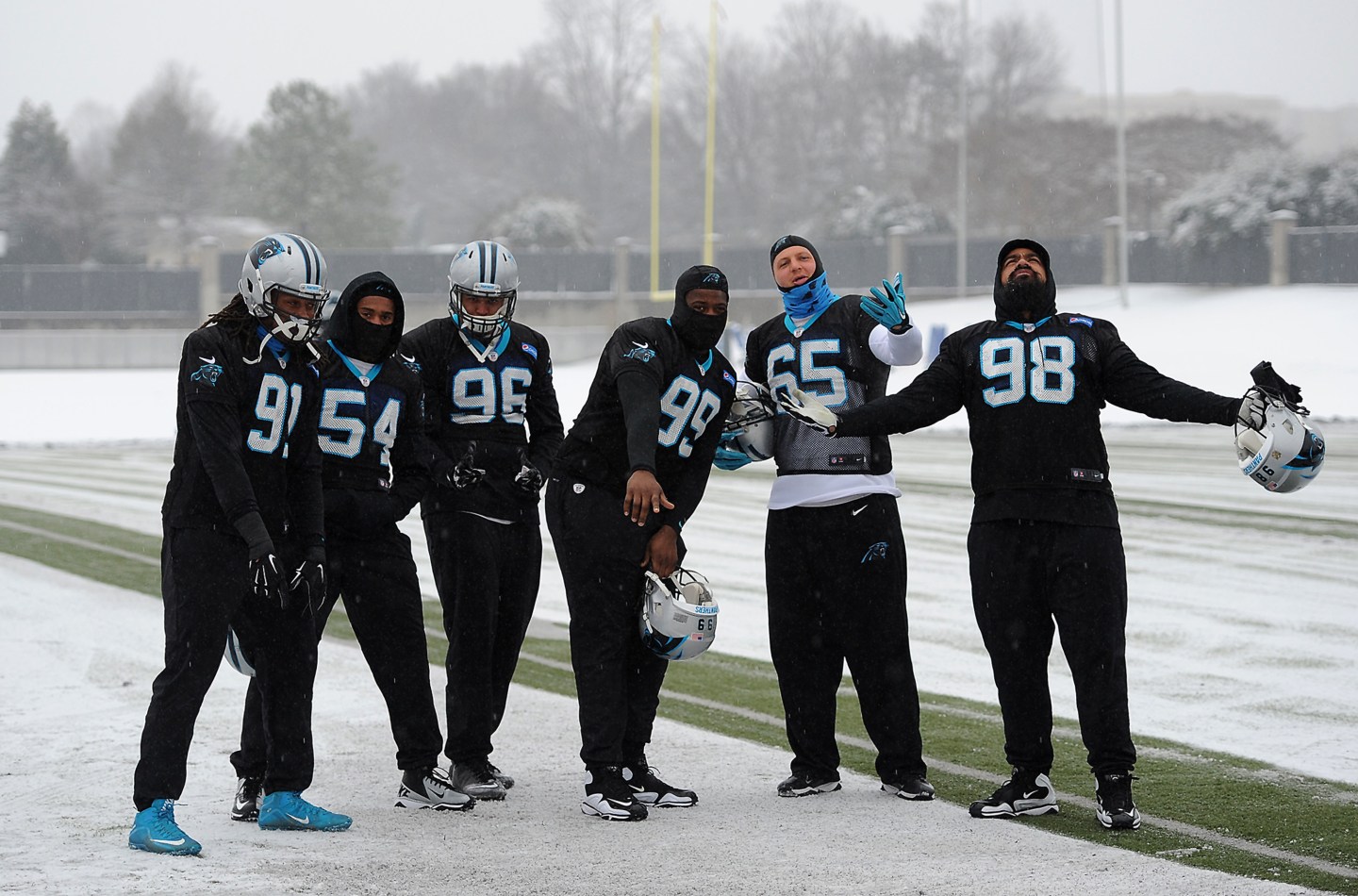 The Carolina Panthers are confident of their chances on Sunday to advance to the Super Bowl despite the blizzard that’s dumped snow on their stadium. Scott Paul, the NFL team’s stadium operations executive director, said everything should be good to go for Sunday’s NFC championship game at Bank of America Stadium.

Play against the Arizona Cardinals is scheduled for kickoff at 6:40 p.m. ET.

“We live in a great community. We have a lot of people wanting to help us,” according to Paul in a statement on the Panthers’ website. “We just want to thank them for everything they’ve done over the last few days to get this stadium ready for our fans.

“We had hoped to take the tarp off today, but we’re getting down into the 20s tonight, so we’re going to leave the tarp on,” he added. “We’ll have to get some more ice off the tarp in the morning, and then we’re hoping to take it off around 11, 12.”

In a post on Twitter, the Panthers wrote just after 3 p.m. ET on Saturday, “Bank of America Stadium is in good shape for Sunday’s NFC Championship Game!”

The announcement comes as North Carolina’s governor Pat McCrory declared a state of emergency on Thursday because of the blizzard. The Panthers did reportedly adjust their practice schedule, according to USA Today.

“This is the biggest game in the history of this stadium, but we’re not treating it any different,” said Paul. “It’s a championship game, and there will be more excitement, but from a security aspect and fan services aspect, they should expect the same as usual.”