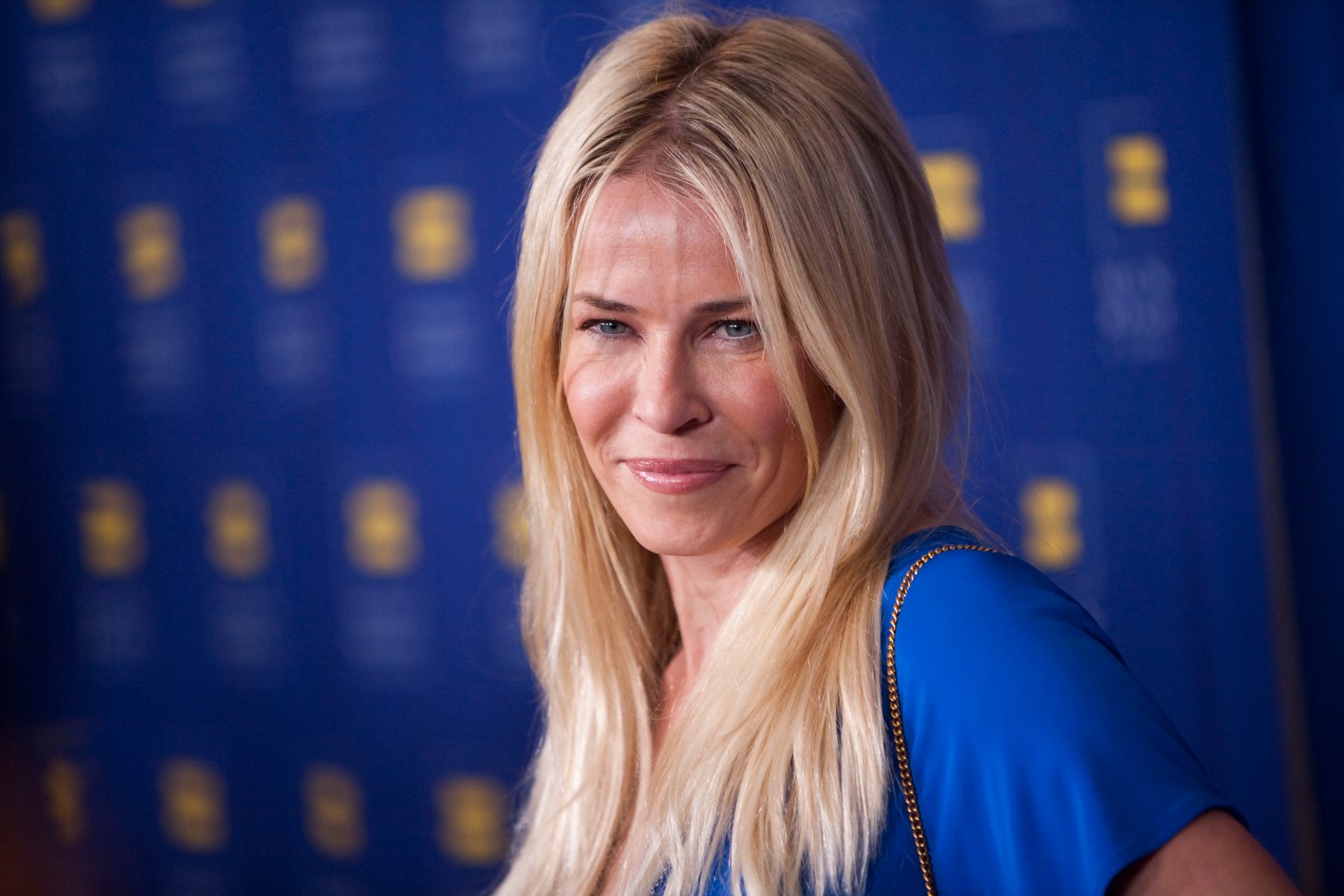 If you’ve ever made up an excuse to avoid a boring meeting or bad date, entertainer Chelsea Handler approves. In fact, she’s even created a mobile app to help make your excuse more believable.

Handler’s app, officially named Chelsea Handler: Gotta Go, lets you set up a fake phone call or text message that can provide you with an excuse that you, well, gotta go. It’s perfect if you need to be saved from an endless planning meeting, unpleasant date, or from talking to your mother-in-law.

The app is by no means the only or even first one in the genre. But Handler’s has a fairly good design, simple and bright, and it sends you real SMS messages and places a real phone call as part of the deceit. And if that’s not enough, when you pick up the fake phone call, you’re greeted with a pre-recorded message from Handler with instructions to help you act out your emergency.

For example, you could conveniently set up the app to send you a series of text messages from a panicked roommate about your apartment being broken into. Or you could get a phone call from your child’s babysitter about your bawling baby.

The clever and enterprising Handler, who is best known as a comedienne and actress, spent the better part of 2015 working with a development company, Yeti, to design and build the app. She happens to share friends with Yeti’s founders, and the two parties hit it off and decided to work together on the project, Yeti president and founding partner Tony Scherba told Fortune.

“It’s a little bit different from what we’re used to,” Scherba laughed when asked if celebrities are Yeti’s typical clients.

Still, he added that Handler had a pretty big hand in the app’s concept, design and content. She came in with a few initial ideas and together they nailed down the final concept.

“We wanted to build something that she could relate to, so we needed to find a problem that was a very Chelsea Handler problem,” said Scherba.

She even took her jokes and a pitch deck to Silicon Valley to convince investors to make an investment. With Yeti’s founders in tow, she met with Foundation Capital, a well-respected venture capital firm in San Francisco that has previously invested in Netflix, online lender LendingClub, and solar company Sunrun, among others.

The whole process—VC pitch included—is documented in the second episode of Handler’s new documentary, Chelsea Does, on Netflix, which explores marriage, race, the tech industry, and drug use. The show is available on the streaming service starting today.

Despite the investor meeting being for a show, Handler took it seriously, according to an interview by tech news site TechCrunch with two Foundation partners. Although she brought a dog and a eight-year-old boy along, an unorthodox presentation to say the least, the investors say she went through the usual process of pitching her idea. We won’t spoil the outcome for you.

The VC firm ended up helping her producers pick out filming locations around Silicon Valley and organizing a mixer so Handler could mingle with members of the tech industry. Now, the real question is whether Gotta Go will, to borrow some tech lingo, disrupt the world of fake excuses.