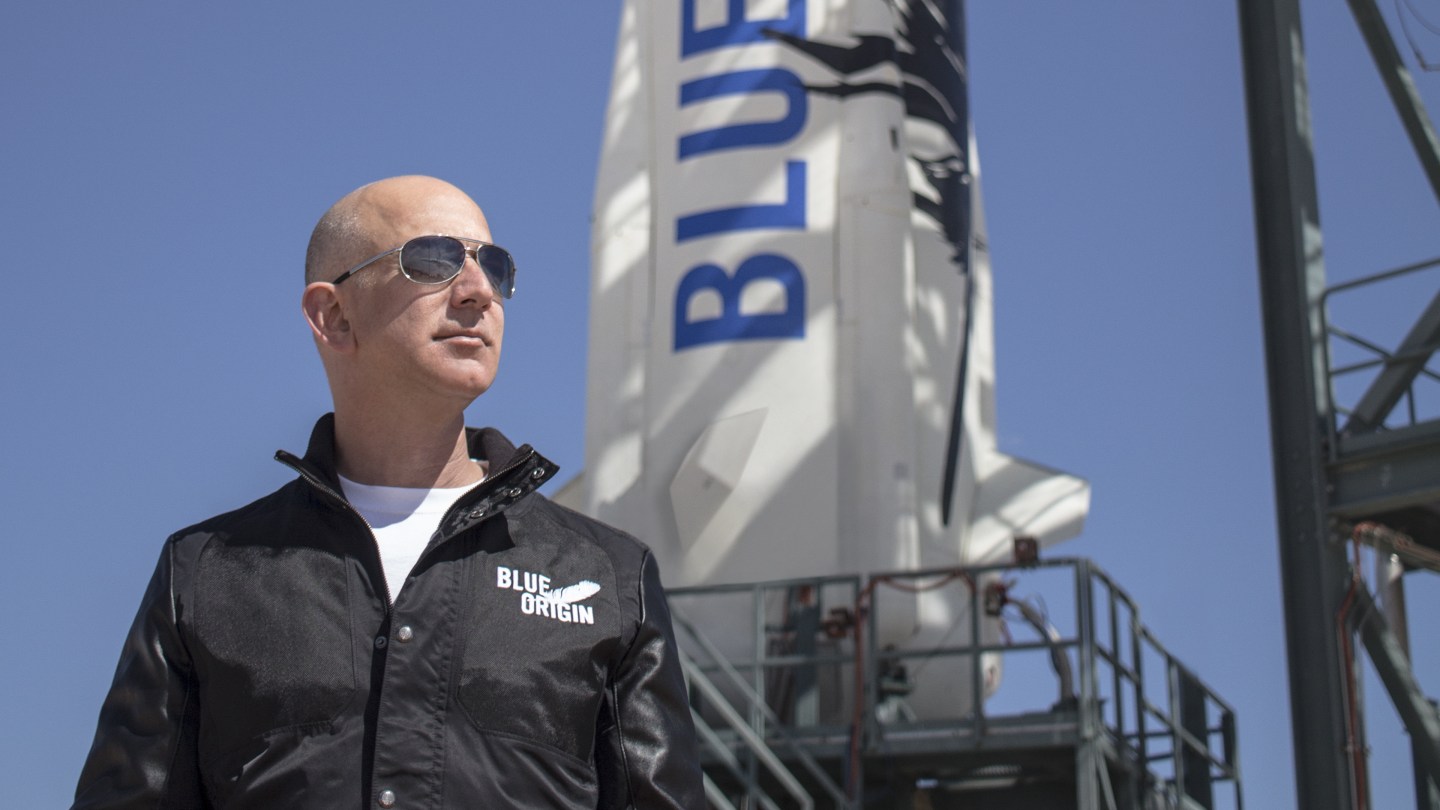 The New Shepard rocket and capsule, which is designed to carry six passengers, blasted off from a launch site in West Texas at 11:22 a.m. CST and landed itself minutes later back on the launch pad, the company said in a statement.

The rocket that flew on Friday was the same vehicle that made a successful test launch and landing two months ago, demonstrating reuse, Bezos said in a statement posted on Blue Origin’s website 10 hours after the flight.

“I’m a huge fan of rocket-powered vertical landing,” Bezos wrote. “To achieve our vision of millions of people living and working in space, we will need to build very large rocket boosters. And the vertical landing [system] scales extraordinarily well.”

Fellow tech titan Elon Musk’s SpaceX in December successfully returned a rocket to a landing pad in Florida after it blasted off on a satellite-delivery mission.

Blue Origin and SpaceX are among a handful of companies working to develop rockets that can fly themselves back to Earth so they can be refurbished and flown again, potentially slashing launch costs.

SpaceX on Sunday attempted to land a rocket on a platform floating in the Pacific Ocean, but one of the booster’s four landing legs gave way and the rocket keeled over and exploded.

For now, Blue Origin is flying suborbital rockets, which do not have the speed to put spacecraft into orbit around Earth. The company is working on a more powerful rocket engine, with testing slated to begin this year, Bezos said.