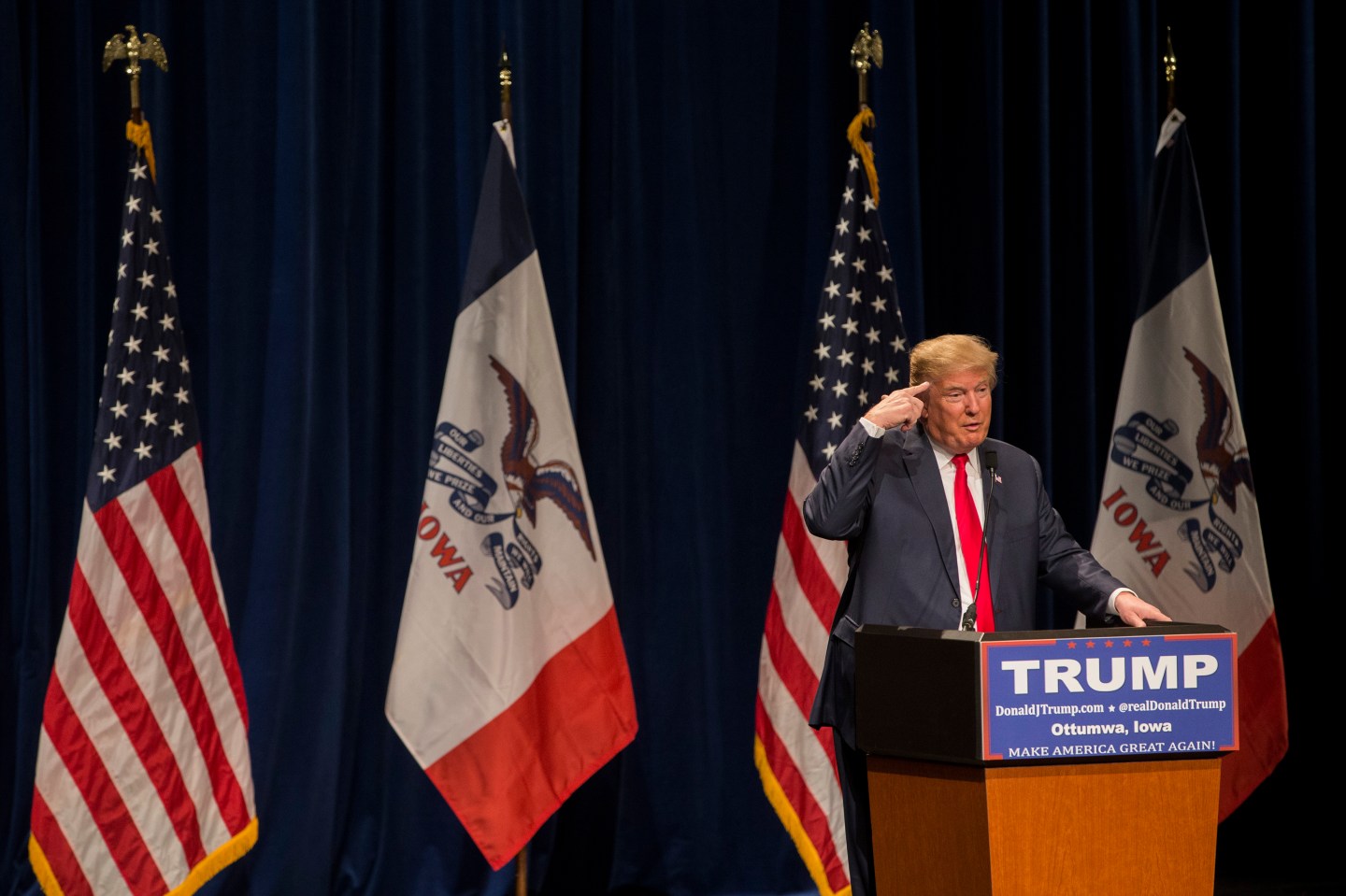 With just 10 days until the nation’s first presidential nominating contests, the Iowa Caucuses, the two main anti-establishment candidates of both parties are increasing their leads, according to the latest CNN/ORC poll.

The poll, which was taken of 2,002 Iowans, over the phone, from January 15 through January 20th. It showed Donald Trump as the favored candidate of 37% of voters, up from 22% in early August. The second-place republican was Ted Cruz, with 26% support.

On the Democratic side, Bernie Sanders garnered 51% support among those polled, compared with 43% for Hillary Clinton. In August, the same poll found Sanders trailing Clinton 50% to 31%.

Of course, this is just one poll among many. If you look at an aggregation of polls, like Nate Silver’s over at fivethirtyeight.com, you’ll find different results. Silver is still giving Clinton a 63% chance of winning the Iowa caucus, though his model has been trending towards a Sanders win for some time. Silver is giving Trump a 50% chance of winning in Iowa, versus 39% for Cruz.

Another point of concern for Clinton supporters is what is called the enthusiasm gap. Polls have consistently showed that Sanders supporters are more enthusiastic about their candidate than Clinton’s. This could be vital in a caucus setting, where voters gather in a large room in their respective precinct and sometimes work to woo the supporters of candidates who fail to garner 15% support.