LeBron James Was Not Consulted on David Blatt’s Firing 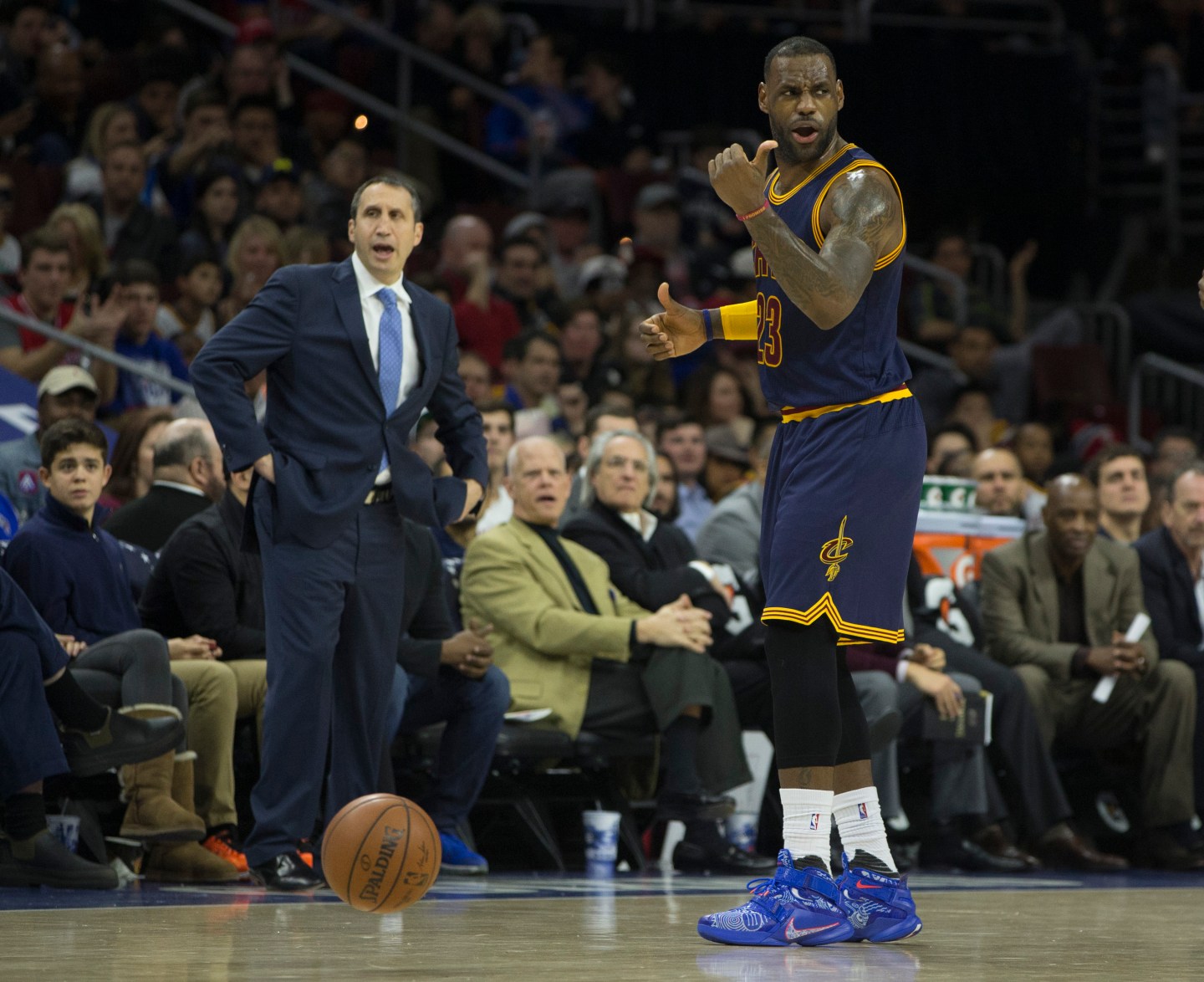 PHILADELPHIA, PA - JANUARY 10: Head coach David Blatt and LeBron James #23 of the Cleveland Cavaliers react in the game against the Philadelphia 76ers on January 10, 2016 at the Wells Fargo Center in Philadelphia, Pennsylvania. NOTE TO USER: User expressly acknowledges and agrees that, by downloading and or using this photograph, User is consenting to the terms and conditions of the Getty Images License Agreement. (Photo by Mitchell Leff/Getty Images)
Photograph by Mitchell Leff — Getty Images

Cleveland Cavaliers star LeBron James was reportedly informed of the team’s decision to fire head coach David Blatt on Friday, and was not consulted on the matter, according to ESPN’s Brian Windhorst.

Assistant Tyronn Lue has signed a multi-year deal to replace Blatt as head coach, according to Adrian Wojnarowski of Yahoo! Sports. James and his agent Rich Paul have been strong advocates of Lue becoming head coach in the past, Wojnarowski reports.

The Cavaliers are 30–11 and hold a 3 1/2 game lead in the Eastern Conference. Cleveland went to the Finals last season under Blatt in his first year as head coach before falling to the Golden State Warriors in six games.

Blatt was hired in June 2014, around two weeks before James decided to leave the Miami Heat and rejoin the team as a free agent. Blatt went 83–40 in 123 games as head coach of the Cavaliers. According to Elias Sports, Blatt is the first NBA head coach to be fired with his team atop its conference since the league began conference play. Blatt and Byron Scott are the only coaches since 2000 to be fired in midst of the season immediately after leading their teams to the Finals.

The decision to fire Blatt comes after back-to-back victories over the Brooklyn Nets and Los Angeles Clippers. The Cavaliers suffered their worst defeat of the season last week at the hands of the Warriors, 132–98, and days earlier lost 99–95 to the San Antonio Spurs, also viewed as a serious championship contender.

“I am very grateful to have had the opportunity to serve as the head coach of the Cleveland Cavaliers,” Blatt wrote in a statement released through his agency. “I’d like to thank Dan Gilbert and David Griffin for giving me this opportunity and am honored to have worked with an amazing group of players from LeBron James, Kyrie Irving and Kevin Love through our entire roster. I’d also like to express my extreme gratitude to my coaching staff. I am indebted to them for their professionalism, hard work and friendship. I am proud of what we have accomplished since I have been the head coach and wish the Cavaliers nothing but the best this season and beyond.”

Cleveland hosts Chicago on Saturday night in its first game since making the coaching change.