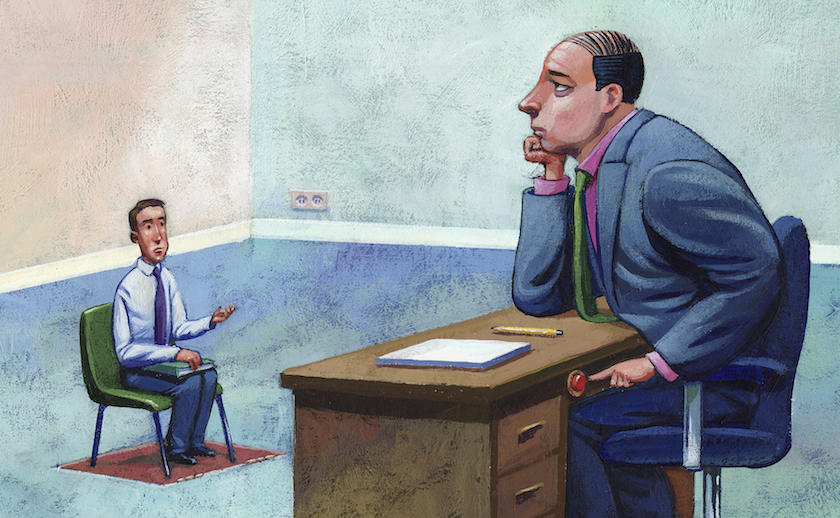 Dear Annie: My wife works for a global company that is promoting her to a much bigger job as head of her whole division. It’s a fantastic opportunity and we’re excited about it, but it also means we’ll be moving to Tokyo in a few weeks. I’m a software developer at a company that doesn’t have anybody in Asia (yet), so I’m getting ready to ask my boss whether I can keep my current job and telecommute from the other side of the Pacific Rim. But if he says no, obviously I’m going to need a Plan B. Would it be crazy to look for a tech job in Japan? Any advice for me? — Sayonara to Silicon Valley

Dear S.S.V.: Not crazy, no, but certainly difficult—partly because you’re moving so soon. The most frictionless way to break into an overseas job market is to sign on with a U.S.-based company that has operations in the country where you want to go, and let your new employer know up front that you’re aiming to end up there. “The only trouble is, doing it that way usually takes at least two or three years,” notes Eric Fung, “and you can’t wait that long.”

Fung spent several years crisscrossing the globe, doing business development for Oracle, before launching HackAbroad, a career site for tech professionals seeking work overseas. The site posts only jobs with foreign employers, from Amsterdam to Dubai to Shanghai, who are willing to sponsor American hires by handling their respective governments’ red tape (work permits, visas, and so on).

“You may get an especially warm welcome from Japanese companies that want to expand their markets in the U.S.,” says Fung. “But they will also have very high expectations that you understand all the cultural differences, beginning with your first job interview.”

Everyone knows, of course, that customs and manners vary all over the planet, but navigating the nuances can be tricky, particularly in Asia. “Hierarchy and seniority are much more important than here,” Fung says. “In the U.S., a hiring manager is likely to address a highly skilled job candidate as an equal. In Japan, though, a higher-ranking person takes his authority very seriously and will see you as ‘beneath’ him.”

In practical terms, that means interviewees speak only when spoken to. “Never ask a direct question, and never express any opinion unless asked,” Fung says. “Even then, don’t disagree with the interviewer, no matter how politely.” It’s not at all uncommon for even the best qualified Yanks to flunk job interviews in Asia, he adds, for “speaking out of turn.”

Eye contact is another example of a huge, but subtle, cultural gap. In the U.S., interviewers expect it. In Japan, however, looking directly at someone “shows a lack of respect; it’s rude,” says Julia Kruse, executive director of the Global Business Center at UNC’s Kenan-Flagler Business School. “Keep your eyes cast down to show you are listening and deferring to the interviewer,” she adds.

Likewise, in the U.S., job hunters are supposed to talk about their accomplishments. In Asia, however, that’s seen as unseemly bragging. “Modesty is a virtue,” says Kruse. “You may have been Employee of the Month, but don’t say so.”

Kruse knows about navigating cultural differences. She left her native Germany 20 years ago and since then she’s lived in four countries besides the U.S. She’s also fluent in three languages, although it’s not always the words themselves that trip up job hunters.

“The Japanese have an expression, ‘listening to the air,’ or hearing what is not said,” Kruse says. “It’s probably the hardest thing for Americans to grasp.” An interviewer in the U.S., for instance, might tell you frankly whether he or she sees you as a good fit for the company or the job, but not in Japan. “If a Japanese interviewer says ‘I think so,’ that is a resounding ‘no,’” she says.

Clearly, you’ve got your work cut out for you, but don’t be discouraged. With enough time and effort, you can learn what you’ll need to know. Two suggestions: First, both Fung and Kruse urge you to join online communities of Americans abroad, including LinkedIn groups and sites like Expat Forum and Expat.com. “You can find lots of tips and advice from people who have lived and worked in both the U.S. and Japan, who can really help you with your job hunt and the other cultural hurdles,” says Fung. “They’ve been in your shoes, and they’re usually happy to help.”

And second, Kruse recommends that anyone moving abroad study up ahead of time by reading Culture Smart! The Essential Guide to Customs and Culture, a series of handbooks that explain how to get along in specific countries (yes, there is one for Japan). She also recommends a book called The Culture Map, by Erin Meyer, an American scholar at INSEAD in Paris.

Curious about exactly how much adapting you’ll have to do to fit into Japanese life? Meyer designed a quiz, published in the Harvard Business Review, that should give you a pretty good idea.

Talkback: Have you ever worked in a part of the world that was very different from your native culture? What helped you adapt? Leave a comment below.