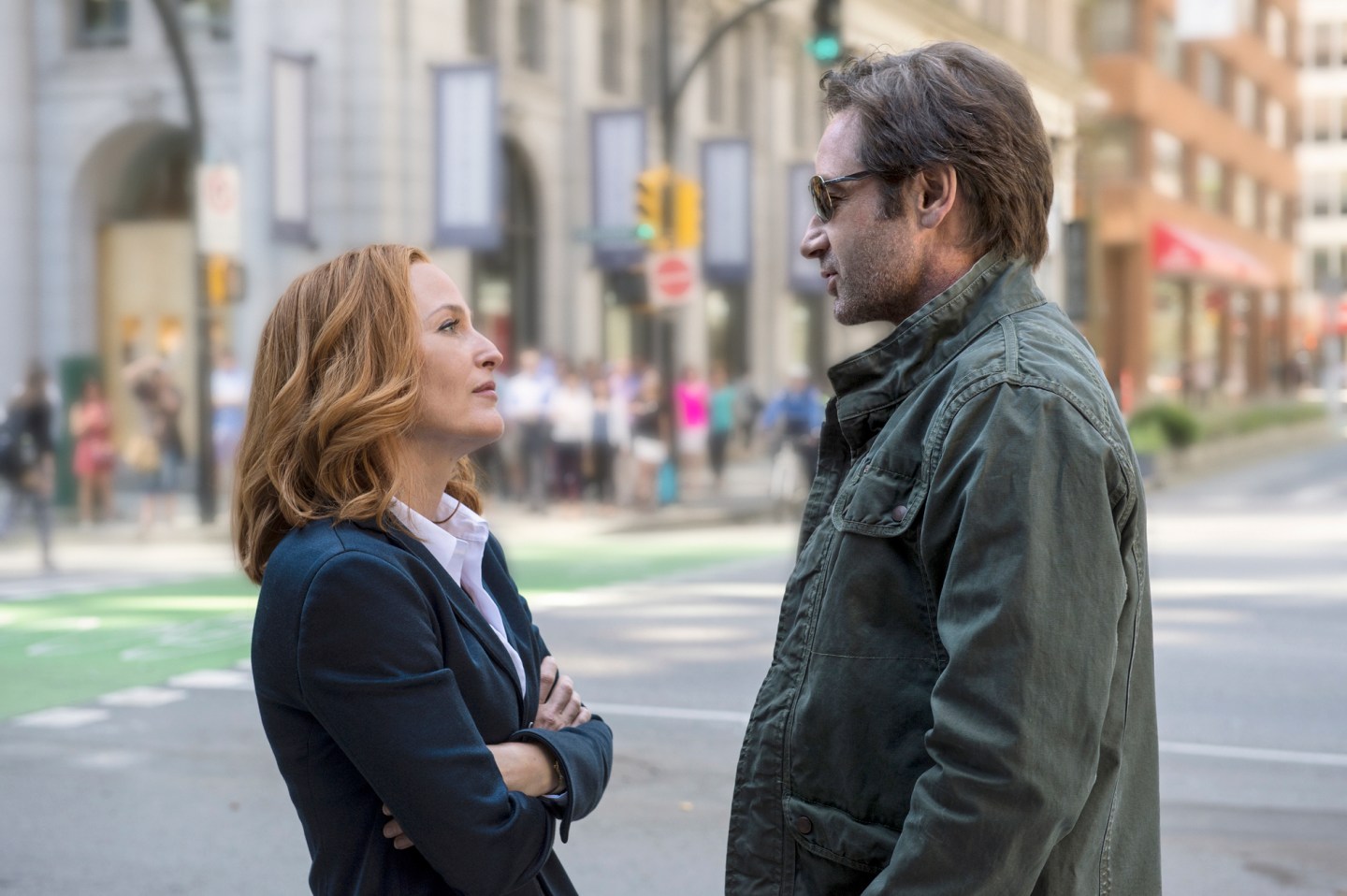 Mulder and Scully’s return may have fans feeling nostalgic for the ’90s, but according to Gillian Anderson, one aspect of The X-Files revival set her back two decades in the wrong way.

In an interview with The Hollywood Reporter, Anderson claimed that her initial pay offer for the revival was half that of costar David Duchovny. “There’s no point in dealing with my side [first],” she said, “because, as usual, they come to me with half of what they want to offer David.”

Anderson offered more thoughts on the matter in a recent conversation with The Daily Beast, looking back on her fight for equal pay during the series’ original run. She alleges that she was even instructed to stand a few feet behind Duchovny in every shot.

“I have such a knee-jerk reaction to that stuff, a very short tolerance for that s—,” Anderson says. “I don’t remember somebody saying, ‘Okay, now you get to walk alongside him.’ But I imagine it had more to do with my intolerance and spunk than it being an allowance that was made.”

According to Anderson, it took three seasons to achieve equal pay during The X-Files’ initial run. The series premiered in 1993.

“Even in interviews in the last few years, people have said to me, ‘I can’t believe that happened, how did you feel about it, that is insane,’ ” she says. “And my response always was, ‘That was then, this is now.’ And then it happened again! I don’t even know what to say about it.”

Anderson, who received a salary equal to Duchovny’s for the revival, calls the alleged disparity in their initial offers “shocking.”

“Especially in this climate of women talking about the reality of [unequal pay] in this business, I think it’s important that it gets heard and voiced. It was shocking to me, given all the work that I had done in the past to get us to be paid fairly. I worked really hard toward that and finally got somewhere with it.”

A representative for Fox had no comment when reached by EW.

This article was originally published in Entertainment Weekly.