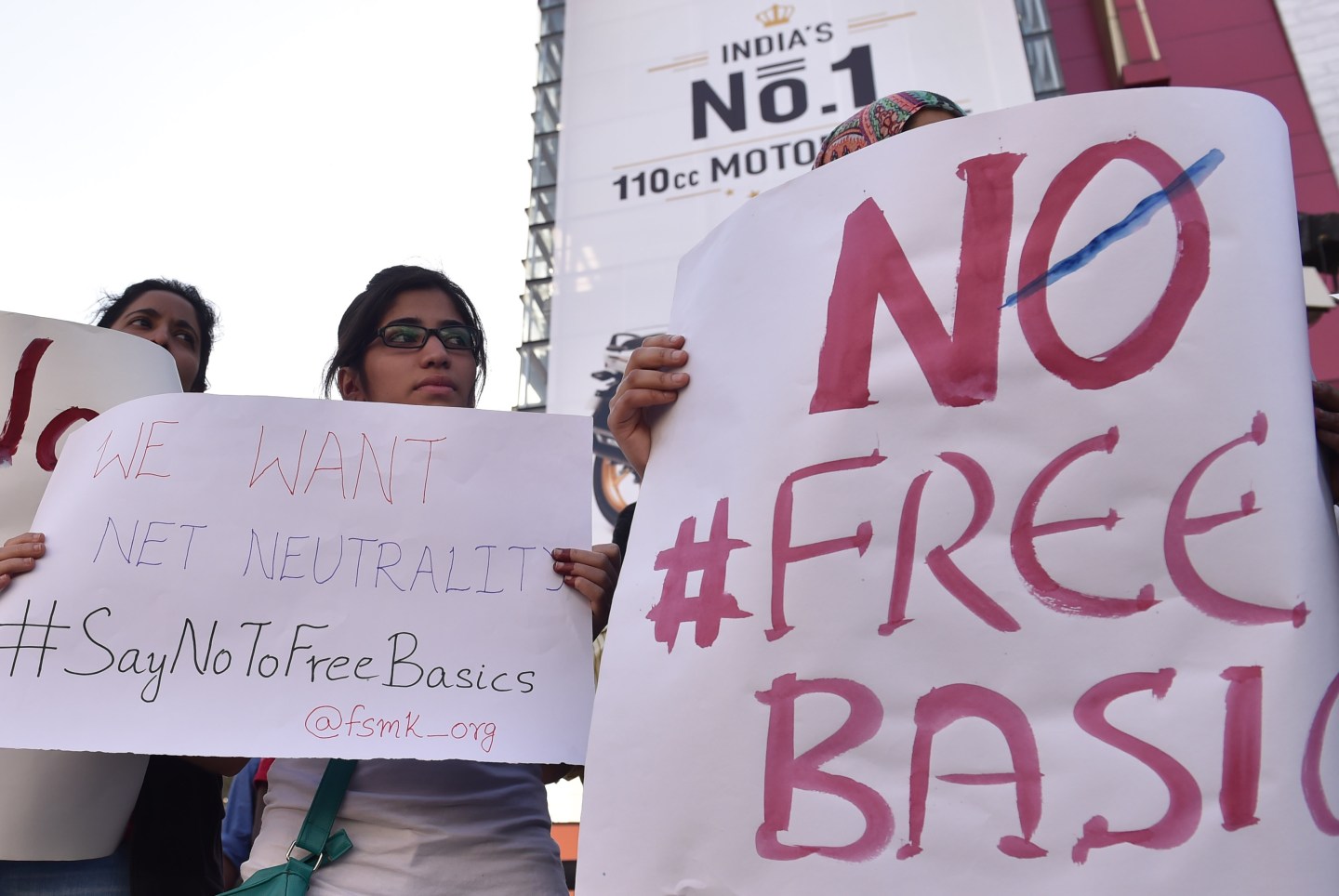 Indian demonstrators of Free Software Movement Karnataka hold placards during a protest against Facebook's Free Basics initiative, in Bangalore on January 2, 2016. The group's demonstration was aimed at urging members of the public to say "no to free basics" which they allege will affect net neutrality and give Facebook monopoly over the internet. AFP PHOTO/ Manjunath KIRAN / AFP / MANJUNATH KIRAN (Photo credit should read MANJUNATH KIRAN/AFP/Getty Images)
Photograph by Manjunath Kiran—AFP/Getty Images

Mark Zuckerberg is learning the hard way that philanthropy is never as straight-forward as it seems.

Less than a year later, Internet.org hasn’t gone over as well as Zuckerberg had hoped. On Thursday, hundreds of people gathered at a Telecom Regulatory Authority of India forum in India’s capital to discuss whether the initiative should be shut down, according to the Wall Street Journal.

Advocates for net neutrality argue that the free service, which offers access to only some websites, is “poor internet for poor people,” forcing users to only access parts of the web that are in Facebook’s best interest.

Last month, in an op-ed for the Times of India, Zuckerberg defended the initiative, writing: “If we accept that everyone deserves access to the internet, then we must surely support free basic internet services…Who could possibly be against this?” He added that the Internet.org platform Free Basics allows any developer to create services for users.

The Indian telecom regulator is expected to make a verdict on the free Internet service by the end of the month.