The Anatomy of the Art Market 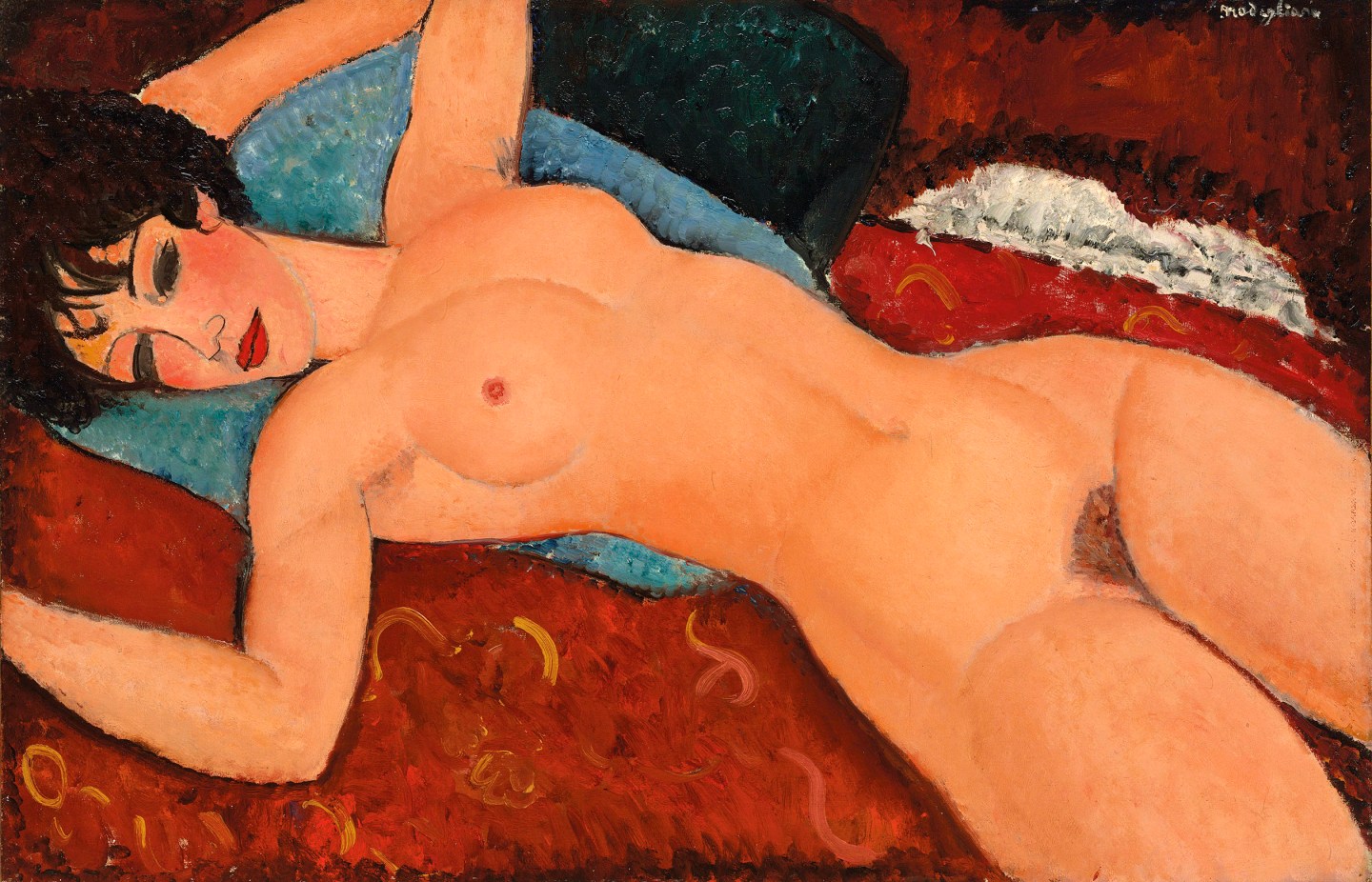 FILE - This undated file image provided by Christie's shows the painting "Reclining Nude," by Amedeo Modigliani, that sold for $170.4 million Monday evening, Nov. 9, 2015, at Christie's in New York, making it the second most expensive artwork at auction. The painting, which caused a scandal nearly a century ago, joined the ranks of nine other works that have reached price tags exceeding $100 million at auction including Pablo Picasso's "Women of Algiers (Version O)" that Christie’s sold in May for $179.4 million. The Picasso remains the highest sum ever paid for an artwork at auction. (Christie's Images via AP, File)
AP Images

On the night of Nov. 9 in Manhattan, Christie’s auctioned off Amedeo Modigliani’s Nu Couché, a painting featuring a voluptuous nude in dramatic color, smiling in a post-coital slumber. But more dramatic than the painting itself was its hammer price: $170.4 million, shocking for an artist on no one’s top 20 list.

That night in November made Nu Couché the second most expensive work ever sold at auction. The record was set in March by Pablo Picasso’s Les Femmes d’Alger, Version O, which brought $17.3 million against an estimate of $100 million. There were seven bidders in all for Nu Couché. Four were still in at $100 million—three at $142 million.

The auction brought a windfall for Christie’s, but a high guarantee and other fees meant it was also gamble. If the painting had sold at Modigliani’s previous record price of $71.7 million, the auction house could have lost money (though a third party stepped in at the last minute to guarantee a bid and share the risk).

More worrying: the night the Modigliani sold, 10 other works did not reach their high reserve prices and failed to sell at all. The auction market this year is actually down slightly, a fact that the booming market for top-shelf works can’t quite paint over.

In March, Pablo Picasso’s colorful geometric oil became the most expensive painting ever sold at auction.

Part of Monet’s iconic Water Lilies series, it’s one of a number of paintings that have come in on the low end of their price targets.

Don Thompson is the author of “The Supermodel and the Brillo Box,” out in paperback this fall.

A version of this article appears in the December 15, 2015 issue of Fortune with the headline “The Anatomy of a Record-Breaking Sale.”