Why Boeing Is Cutting Jumbo Jet Production in Half 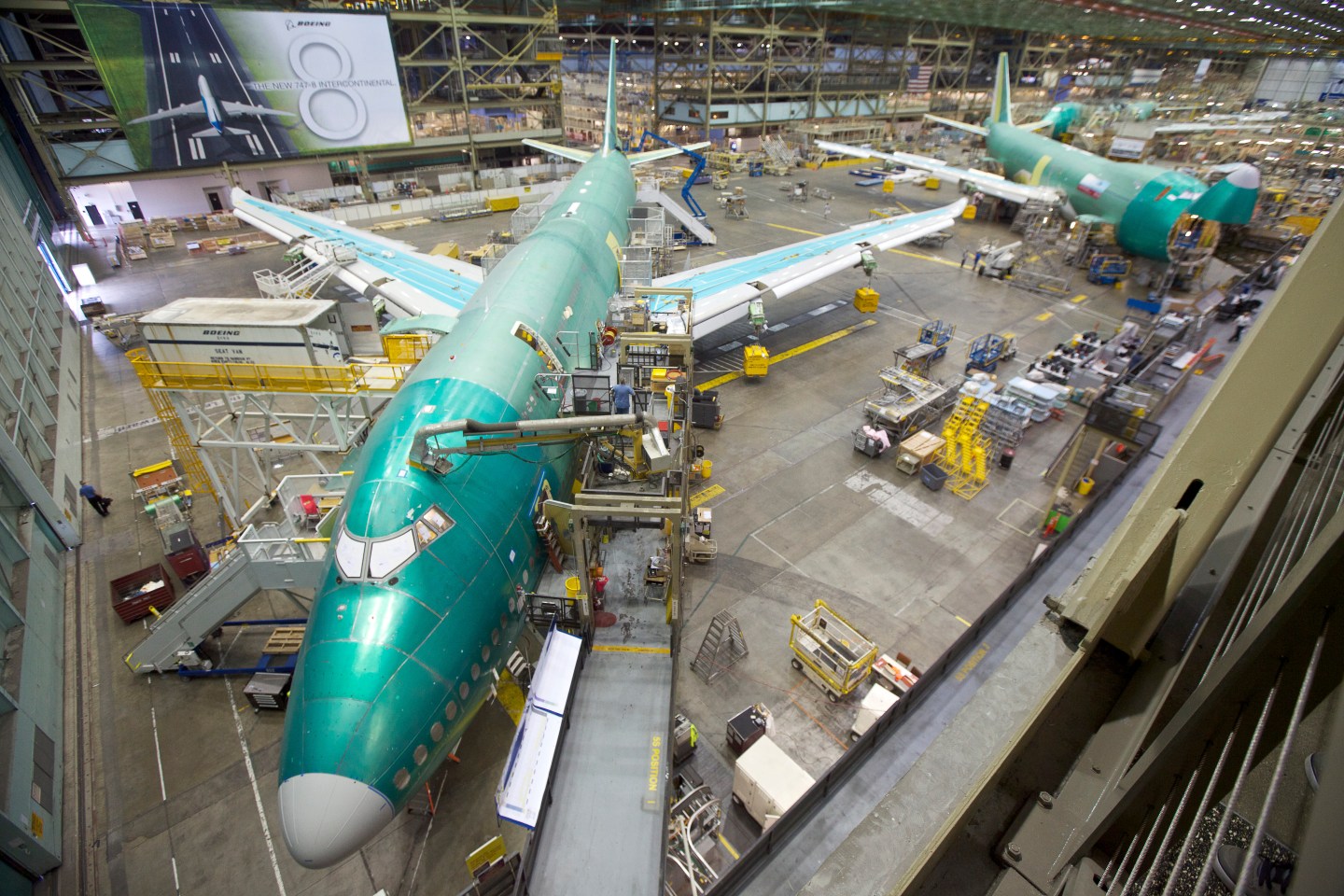 Boeing (BA) said on Thursday it will cut production of its 747-8 jumbo jet in half and take a $569 million charge in the fourth quarter as it faces dwindling sales.

The four-engine jet is now mostly a cargo workhorse, eclipsed by more fuel-efficient twin-engine jets for passengers. It also is being used to upgrade the U.S. Air Force One presidential fleet, but that will be a small number of planes.

“The air cargo market recovery that began in late 2013 has stalled in recent months and slowed demand for the 747-8 freighter,” Ray Conner, chief executive of Boeing Commercial Airplanes, said in a statement.

Boeing has disclosed in its regulatory filings for months that the costs of making the 747-8 were outstripping sales, suggesting an imbalance of about $1 billion, so the charge is somewhat less than analysts had expected and had already been factored into Boeing’s stock price.

Boeing said it will cut output to half a plane a month in September, down from a target of one a month that it will reach in March. Boeing had already announced plans to cut production to one a month from 1.3 a month currently.

The after-tax charge of $569 million, or 84 cents a share, will be taken in the fourth quarter of 2015, Boeing said. Before tax, the charge amounts to $885 million. Boeing said the charge will not affect 2015 revenue or cash flow.

The announcement, coming days ahead of Boeing’s release of fourth-quarter results on Wednesday, also suggests Boeing will not take a charge in the fourth quarter on its 787 Dreamliner.

Boeing has deferred more than $28 billion in production costs for the 787, leading some industry experts to suggest Boeing could take an accounting charge on that program. But the jet is still selling briskly, suggesting future sales could eventually cover those costs.