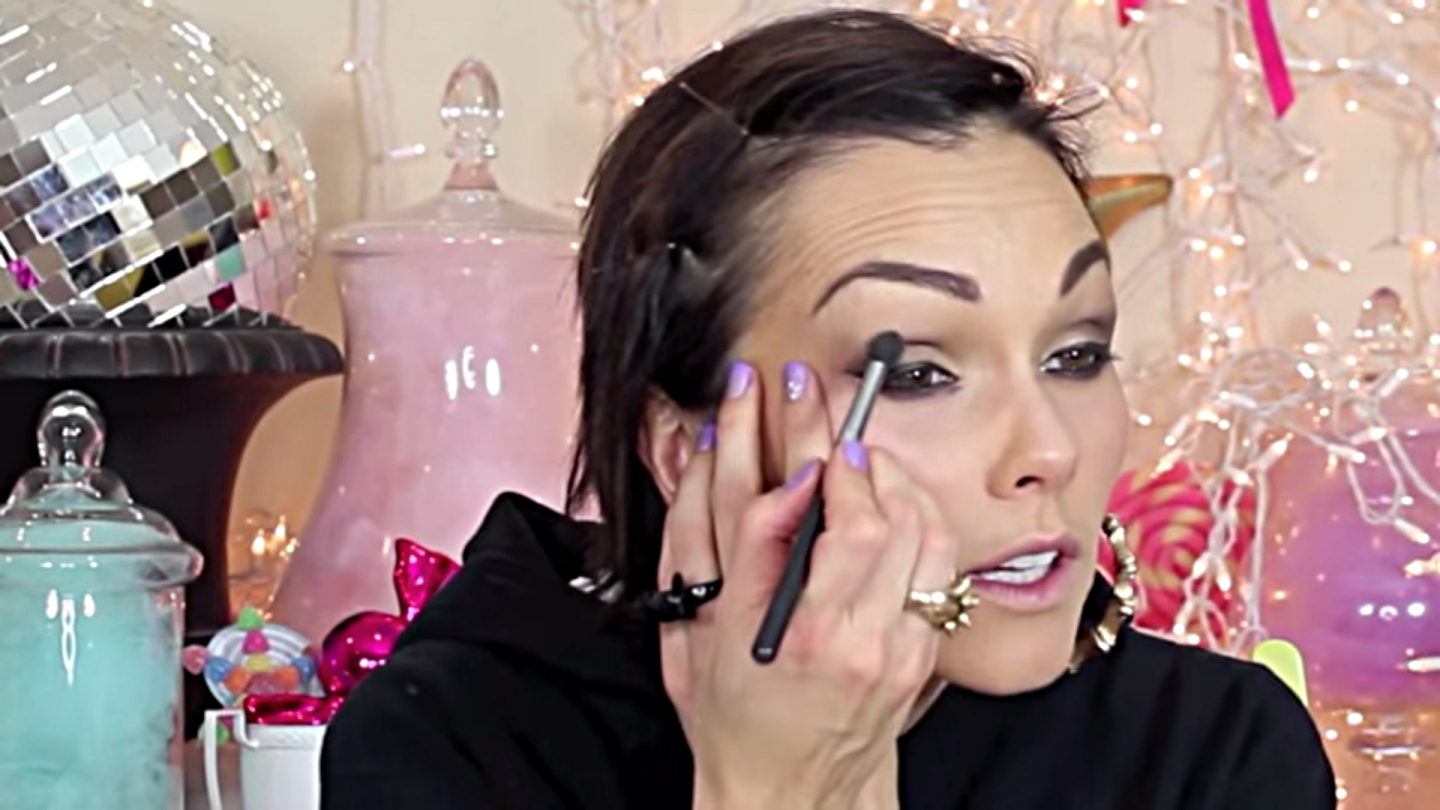 A frame from Kandee Johnson's Super Bowl makeup video on YouTube, which has 227,000 views.
Courtesy of YouTube

On Wednesday, YouTube invited a group of journalists to its New York headquarters to show off its newest advertising products ahead of the Super Bowl, to be held on Feb. 7.

The new products included “real-time” ads that can be customized to respond to live events. For example, if you happen to be watching a random YouTube video while the Academy Awards, or a presidential debate, or yes, the Super Bowl is on, you might see an ad congratulating the actress who just won an Oscar, or responding to a politician’s talking point, or cheering on the winning team.

That may seem like a slightly esoteric feature. If you’re already watching a YouTube video, why would YouTube want to tell you about what’s on TV at the moment? But it makes some sense when you consider that, for some reason, people like to watch YouTube while they’re also watching major events on TV. Last year people watched 300,000 hours of Super Bowl ads on YouTube during the actual game. It’s noteworthy, but not the strangest thing I learned at the event.

That distinction goes to YouTube’s collection of football makeup videos. No, I don’t mean face paint, or the black streaks that players paint under their eyes to reduce the sun’s glare. I mean makeup that female football fans can wear on game day, such as eye shadow that matches the home team’s colors. An example: Kandee Johnson’s guide to being “the most glamorous girl on Super Bowl Sunday,” which has 227,000 views.

Or Makeup Geek’s Denver Broncos-themed makeup tutorial, which has 48,000 views.

Or Casey Holmes’ “Wake Up With Me” video for college football game day has 220,000 views.
[youtube https://www.youtube.com/watch?v=9-I2sChXhlY]

There are guides for fans of the Kansas City Chiefs, the Seattle Seahawks, the Oregon Ducks, The Ohio State Buckeyes, the New Orleans Saints, and the New England Patriots.

YouTube counts 16 million of these football makeup videos as of 2015, a 216% increase over the prior year.

Makeup is just a tiny sliver of YouTube’s vast sea of of football content. The video network hosts 2,000 years worth of football content, it says, including 500,000 “fan reaction videos.” In other words, people like to watch videos of other people watching football. (A compilation of reactions to the Patriots’ 2014 game-winning interception against the Seahawks has 2.5 million views, for example.)

It’s a strange world out there, people. YouTube is just capitalizing on it.