Nielsen Is Adding Facebook to its Social TV Ratings 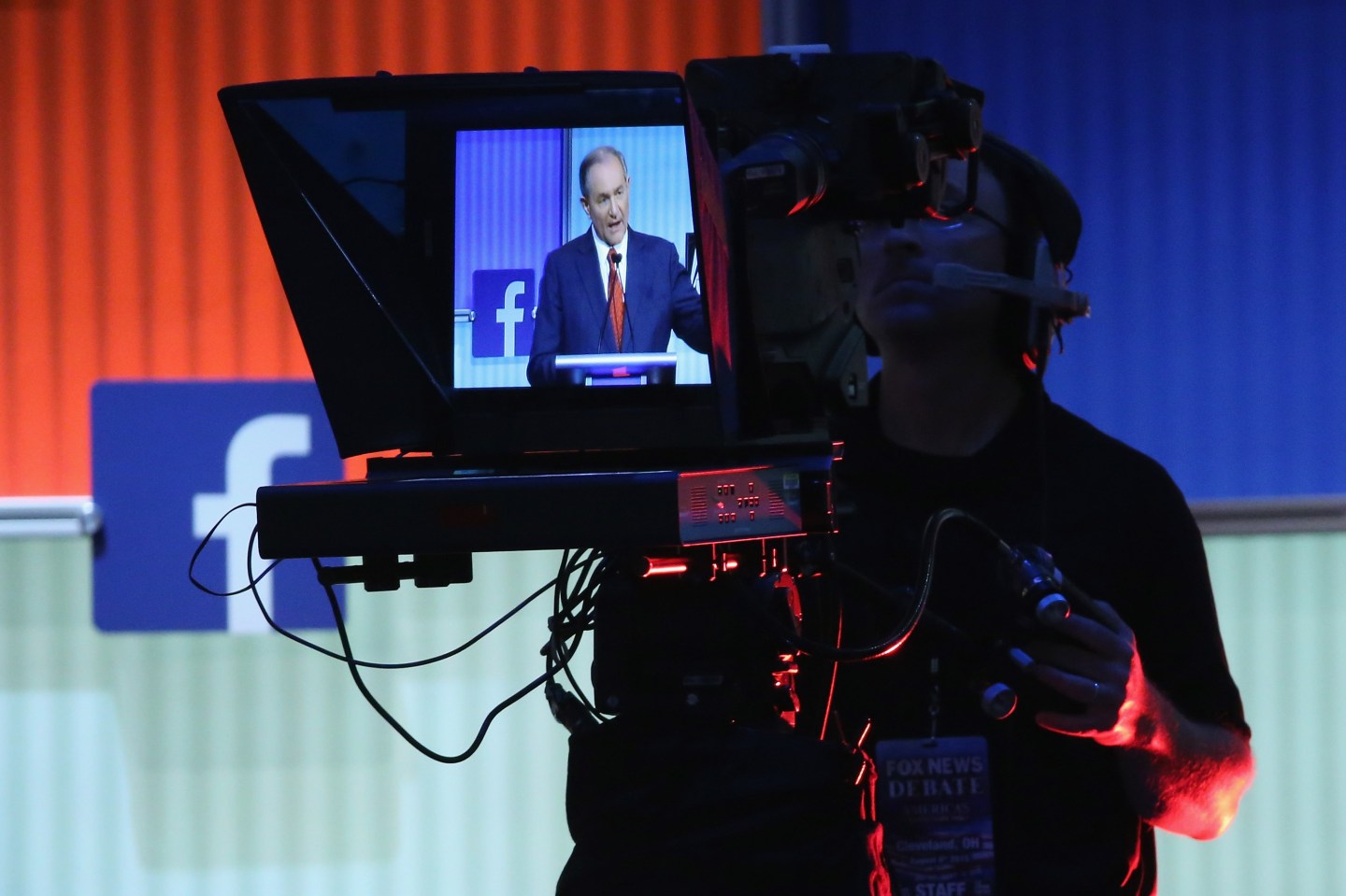 Onetime Republican presidential candidate Jim Gilmore appears on a teleprompter as he participates in a presidential pre-debate forum hosted by FOX News and Facebook in 2015.
Photograph by Chip Somodevilla—Getty Images

The company best known for measuring television ratings is taking a broader look at how social media plays into viewer engagement.

Nielsen (NLSN) announced Wednesday it will work with Facebook (FB) to include activity on the social network in the research company’s “Social Content Ratings,” which already track television-related conversations on Twitter (TWTR).

In other words, Nielsen wants ratings to reflect viewers’ engagement with TV and streaming by taking their thoughts and reactions to certain shows online for a social media conversation. Nielsen said it will track social media activity related to specific shows during their scheduled airtime as well as on a 24/7 basis.

Nielsen said it recently found that almost 60% of people who own a smartphone and/or a tablet use those devices while watching TV at least several times per week to do anything from reading social media conversations about a particular program to looking up information on an actor or athlete on the tube.

Sean Casey, president of Nielsen Social, said in a statement, “Nielsen Social measurement is evolving to provide a comprehensive, standardized picture of how consumers are responding to program content through social media, wherever and whenever.”

The Social Content Ratings will launch at some point in the first half of this year in the U.S. with the aim of finding out not only to what extent viewers discuss certain programs online, but also how those conversations differ across various social media platforms. Re/code, which first reported the Nielsen news Tuesday evening, notes that the research company says it will also eventually track conversations on Facebook-owned Instagram.