Martin Shkreli Is Looking For a New Lawyer 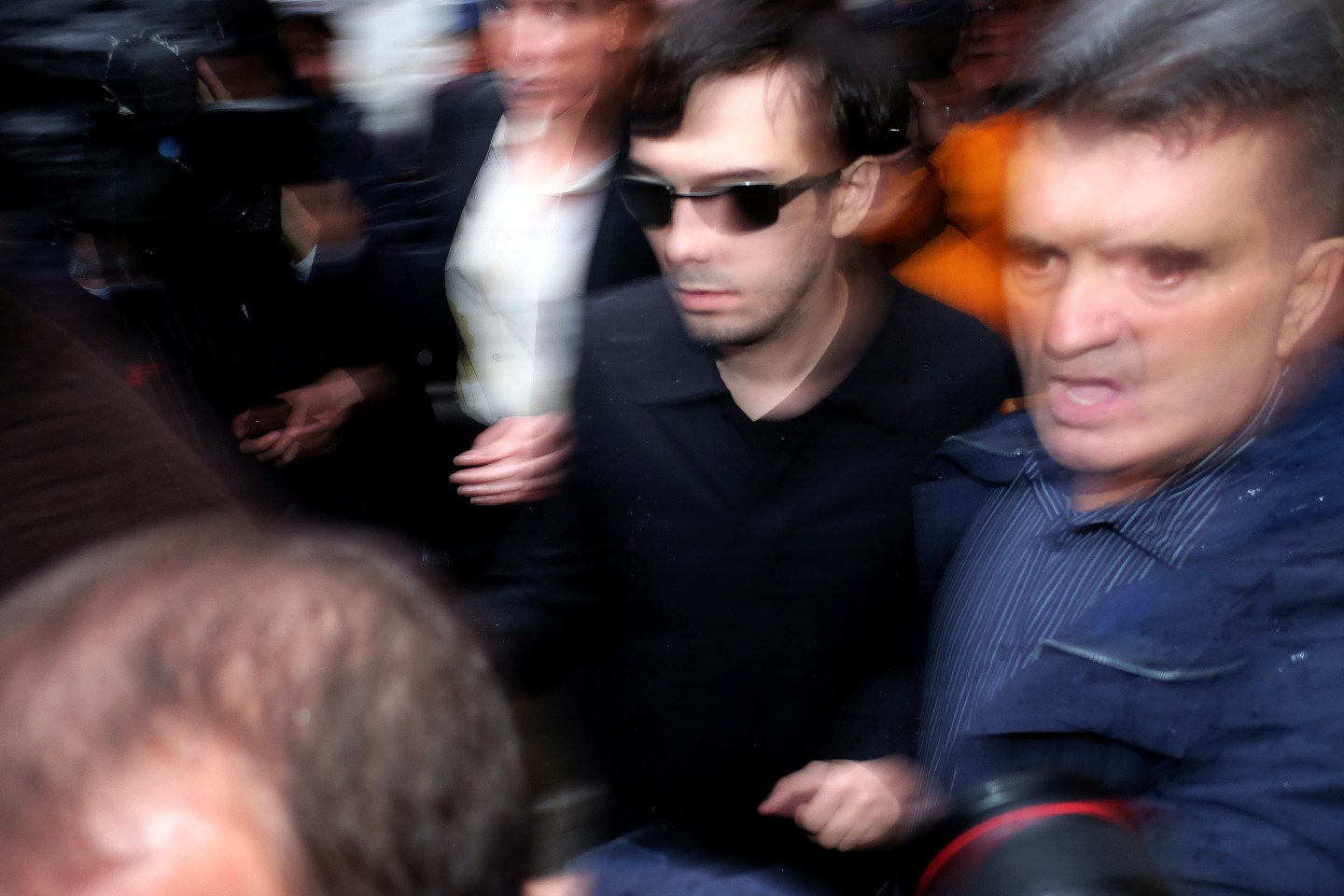 Martin Shkreli (C-with glasses), a former hedge fund manager and Chief Executive Officer of Retrophin, leaves the federal court after getting bail, in New York on December 17, 2015. Shkreli, the pharmaceutical CEO who caused a storm in September by jacking up the price of a life-saving drug, was arrested Thursday on fraud charges, prosecutors said. His arrest was not linked to the 5,000-percent increase in the price of Daraprim, a drug used to treat malaria and infections suffered by HIV-positive individuals. The FBI said he was targeted instead in an $11 million embezzlement probe at another company he once led, Retrophin. AFP PHOTO/JEWEL SAMAD / AFP / JEWEL SAMAD (Photo credit should read JEWEL SAMAD/AFP/Getty Images)
Photograph by Jewel Samad — AFP via Getty Images

This story was updated to reflect a response from Martin Shkreli.

The bad-boy ex-CEO of Turing Pharmaceuticals Martin Shkreli is on the lookout for new legal representation.

Shkreli’s current lawyer, Marcus A. Asner of Arnold & Porter LLP, filed a letter on Monday with the Federal District Court in Brooklyn, the New York Times reports. The letter states that the former pharma exec is in the process of retaining a new legal team, without providing any explanation as to why.

Shkreli’s infamy comes from his time at Turing, where he raised the price of a life-saving drug by 5,000%, a move that branded him “the most hated man in America.”

He was arrested last month under suspicion of securities fraud and has been accused of illegally taking stock from a drug company he once headed in order to pay off investors in an unrelated hedge fund. Shkreli maintains his innocence and in a recent television interview with Fox 5 News, he claimed that “the government’s case is fictitious” and took issue with his “most hated man” moniker.

When the Times inquired as to why he’s looking for new lawyers, Shkreli said it was “a dumb theory” that it comes as a response to the Fox interview.

Asner could immediately be reached, and Shkreli would not comment.