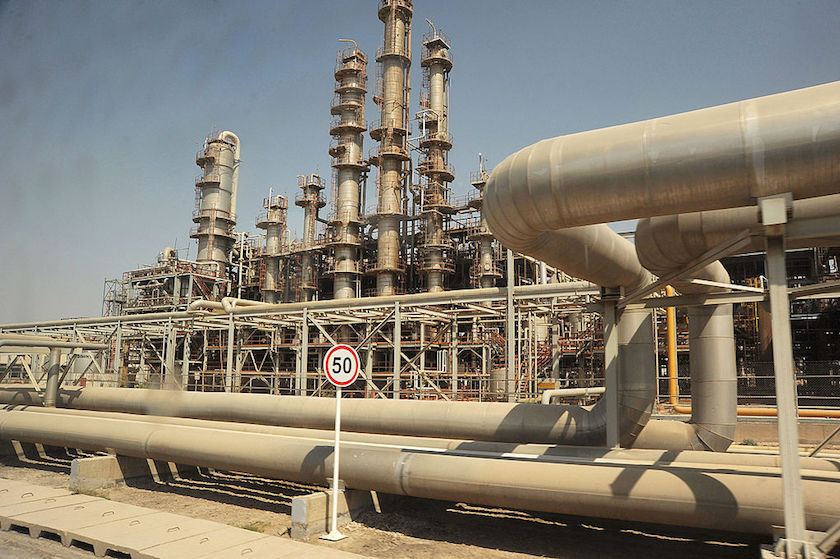 The lifting of economic sanctions against Iran this past week is no reason for the oil markets to panic. While the addition of somewhere between 500,000 and 1 million barrels of Iranian crude per day to an already oversupplied market may seem like the end of the world to those bullish on oil prices, the reality is far less dramatic.

As Iranian crude comes back online, non-OPEC oil supplies, especially those in the U.S., where production prices still remain well above current selling prices, will begin to fall off a cliff. This, combined with a subsequent increase in demand, should eat away at the worldwide oil glut, causing prices to rise, not fall, throughout the year.

One would think that the lifting of sanctions on Iran’s battered energy industry over the weekend came as a great surprise to the oil markets. Brent crude, the international crude benchmark, opened Friday, the day before the deal went into effect, trading at around $31 a barrel. By the close of trading on Tuesday (Monday was a market holiday in the U.S.), Brent crude had fallen 8%, closing at a new 12-year low of $28.55 a barrel. This sharp drop was blamed mostly on the lifting of the sanctions and the anticipated flood of Iranian supplies expected to hit the market.

If the markets had suffered such a sharp drop in the weeks just following announcement of the deal, that would make far more sense. Strangely, Brent crude prices hardly moved from the beginning of April, when the Iran nuclear deal framework was first announced, to the middle of July, when negotiations with Iran and the P5+1 coalition (United States, China, Russia, France, U.K., and Germany) concluded, holding at around $57 a barrel on both dates.

But in the months that followed, Brent crude prices responded, dropping 40% by the end of the year to around $37 a barrel. While this sharp drop in prices cannot be attributed solely to the prospects of Iran’s unrestricted return to the world oil market, it certainly contributed to it. That is why the recent 28% drop in Brent crude prices from the start of the year to around $28 a barrel seems a bit severe.

But there is real fear out there that Iran’s return to the global oil markets could have a profoundly negative impact on both the short and medium outlook on prices. Before the nuclear sanctions were instituted in 2012, Iran was OPEC’s second largest supplier of crude, producing around 4 million barrels a day, of which it exported some 2.3 million barrels. That is more than double the 1 million barrels of crude per day Iran is currently exporting to its sanctioned customers in Asia.

While it won’t take as long for Iran to build its production up to its pre-sanctions levels as the bears believe, it’s not going to happen overnight, as the bulls believe, either. Bears like to point out the long lead time that was needed in Iraq and Libya to get their oil wells back up and pumping following years of being under the yolk of Western sanctions. But that’s a poor comparison, as Iran’s oil infrastructure was neither damaged nor destroyed, as was in the case in those countries.

At the same time, it is not like Iran can just flip on a switch and return to full production. The National Iranian Oil Company (NIOC), the state-controlled oil company, is badly in need of new equipment, which was barred under the embargo, according to a person with knowledge of the situation. In addition, the company needs new rigs and newer equipment to replace supply from depleted fields. The government has set some bold targets for new projects. For example, in the West Quroon region of Iran, it wants to boost production from 160,000 to 700,000 barrels a day by 2020.

Iran has pledged $185 billion to help fund new oil and gas projects and get the NIOC back on track. But it will take time for that money to start making a real impact on Iran’s oil sector. Indeed, Iran may find it difficult to source the right kind of rigs, experience, and equipment needed to boost its production

While the NIOC may have the cash now, it will still be tough for oilfield services firms, like Schlumberger, Halliburton, Saipem, or Petrofac, which assist oil companies in getting the oil out of the ground, to trust Iran fully. They’d much rather team up with a foreign oil company doing business in Iran, namely Total, BP, and ENI, as opposed to dealing directly with the NIOC.

But for that to happen, Iran needs to repair its relationships with foreign oil companies. The government plans on conducting a road show in the next few months to attract European oil firms to come back into Iran, several people familiar with the situation told Fortune. They are expected to visit their old friends, such as Total, BP, and ENI, as well as Royal Dutch Shell, Spain’s Repsol, and Norway’s Statoil. European money managers are also expected to get a visit, as there is no longer any restrictions to buying Iranian debt, these people said.

It is still unclear what kind of terms Iran will offer to lure Western oil companies, but they will likely be much sweeter than in the past. In September, Tehran announced it was putting an end to the much-hated buyback contract system, which prevented foreign oil companies from booking reserves and owning oilfields. While the new system still won’t let foreigners own Iranian oilfields outright, it does permit them to take equity stakes in Iranian companies set up to exploit those resources, allowing them to finally book reserves, moving them from service provider to true partner.

Despite the sweeter terms, Western oil companies are still skeptical. Investing in an oil project requires a five to 10-year commitment, a risky endeavor even under perfect circumstances. With oil below $30 a barrel, and expected to average around $50 this year, it will be hard to convince them to commit billions of dollars to any new projects, especially those in high-risk areas such as Iran. Without financing, technology, and equipment from foreign oil companies, it is doubtful that Iran will be able to meet its ambitious medium to long-term production targets. If Iran behaves well in the next few months, it might get some contracts sealed, but it is a long way to production.

Notwithstanding the old equipment and lack of foreign partnerships, the Iranian government and several analysts expect the country will be able to boost production by at least 500,000 barrels a day by the end of the year. The biggest surge in supply is expected to hit sooner rather than later, as Iran moves to drain the millions of barrels of oil it supposedly has floating in the Persian Gulf. Many are supertankers that hold around 2 million barrels of oil, so it doesn’t take many ships to accumulate all this crude. There is concern that Iran will flood the market with this excess oil, sending prices into a free fall. But it’s unclear how big Iran’s crude oil flotilla looks like at the moment.

When talk started up last spring about Iran renting supertankers to store excess crude it was unable to sell due to the sanctions, ship trackers estimated that it had around 30 million barrels of oil out at sea. As the months went by, that number increased to 40 million barrels of oil and later to 50 million barrels. That equates to around half the world’s daily oil consumption, which is a lot to have just floating around.

Nevertheless, there is some dispute over what is in those tankers. Iran claimed in September that it only had 10 million barrels of crude stored offshore and that the rest of the ships were carrying fuel oil (heavy, refined oil) and condensate (ultralight oil), neither of which trade like normal crude.

“It is highly unlikely Iran would waste money storing fuel oil,” a London-based oil trader told Fortune. “But it isn’t a stretch to believe that most of the floating storage is condensate.”

Condensate is a semi-gaseous light oil, which, due to its high sulfur content, cannot be processed by most of the world’s refineries. The ones that do process this kind of oil usually have their supply totally covered, so there is no viable “spot market” for it. In April, one of Iran’s biggest customers of condensate stopped taking deliveries due to a fire at one of their facilities in China. So, out of the 9 million barrels of condensate Iran produces each month, 2 million had no home. This might help explain some of the buildup in floating storage, although it doesn’t account for all of it. In any case, it is safe to say that a large chunk of the buildup isn’t crude. So, the flotilla’s impact on the oil price may not be as pronounced as many in the market believe.

At the end of the day, it all comes down to supply and demand. As Iran ramps up production, it will be countered by a similar decrease in activity in places where oil is more expensive to produce. Hedges helped keep many shale oil producers in the United States afloat through 2014 and most of 2015. But those investment positions will begin to roll off this year, leaving many companies totally exposed to low oil prices. As a consequence, U.S. oil production is projected to fall by 400,000 barrels a day by the end of the year, according to Wood Mackenzie, an oil consultancy. The firm also predicts a decrease in production of around 200,000 barrels a day in the rest of the world, equating to a combined 600,000 barrel per day decline.

That essentially cancels out the 500,000 extra barrels that Iran says it will be producing by the end of the year, as well as most of the storage. Since demand is expected to increase by 1.3 million barrels a day next year, the current supply overhang could disappear fast. While we aren’t likely to see $100 oil by December, it is safe to say that oil prices won’t be ending the year in the $20s.