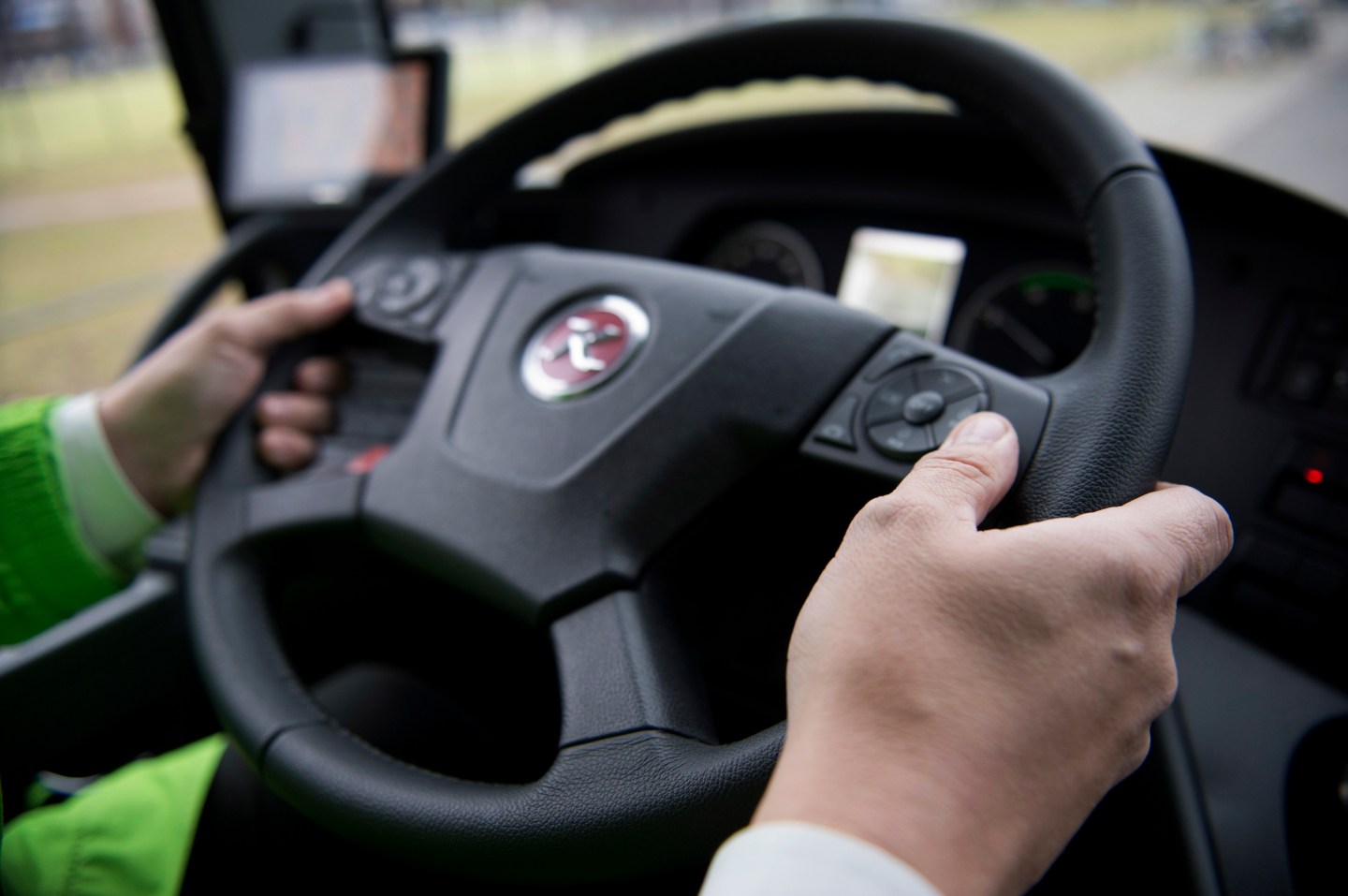 BERLIN, GERMANY - JANUARY 09: A driver keeps his hands on the steering wheel in a coach of german coach company Flixbus Mein Fernbus on January 09, 2015 in Berlin, Germany. The coach company announced its expansion with new routes to various European countries. (Photo by Michael Gottschalk/Photothek via Getty Images)
Photograph by Michael Gottschalk — Photothek via Getty Images

Drivers in the United States railing against the wild driving habits of teenagers may have to find another target for their road rage after the release of a new survey indicating that over the last three decades a smaller proportion of young Americans has been getting drivers’ licenses.

Researchers Michael Sivak and Brandon Schoettle from the Transportation Research Institute at the University of Michigan compared the percentage of people of different age groups with drivers’ licenses in the United States in 1983, 2008, 2011 and 2014. The study found that in every year examined, there has been a decrease in the percentage of 16- to 44-year-olds with driver’s licenses in the U.S.

The authors would not speculate as to the reason for the decreases, but a survey they conducted in 2013 of 618 respondents between the ages of 18 and 39 found that the primary reason reported for not having a driver’s license was that people were simply too busy (37%), followed closely by the cost of owning and maintaining a vehicle (32%), and the ease of getting a ride from someone else (31%). The authors did not, apparently, survey the friends from whom respondents were constantly mooching rides for their own opinions on the matter.

Further down the list of reasons for not getting a license in the 2013 survey were a preference for biking or walking (22%), public transportation (17%), concern for the environment 9%), the ability to do business online (8%), and disability (7%).

The drop in gas prices of late is unlikely to push more people to ditch the driver’s license—as it will make the cost of operating a car a much cheaper—but the rise and ease of telecommuting in recent years may mean fewer people are in a hurry to get a license. That doesn’t mean people never will get a license; 69% of respondents said they plan to get a license in the next five years.

At the other end of the lifecycle, the study found that persons 70 and older are much more likely in 2014 (79%) to have a driver’s license than they were in 1983 (55%). The 2013 survey did not include respondents from this age cohort, but one suspects the rise of car culture in the post WWII era and improvements in health and longevity over the past three decades have contributed to more of the elderly sitting comfortably behind the wheel. With fewer teenagers to blame for troubles on America’s highways, drivers prone to outbursts may have to focus their road rage on older folks.