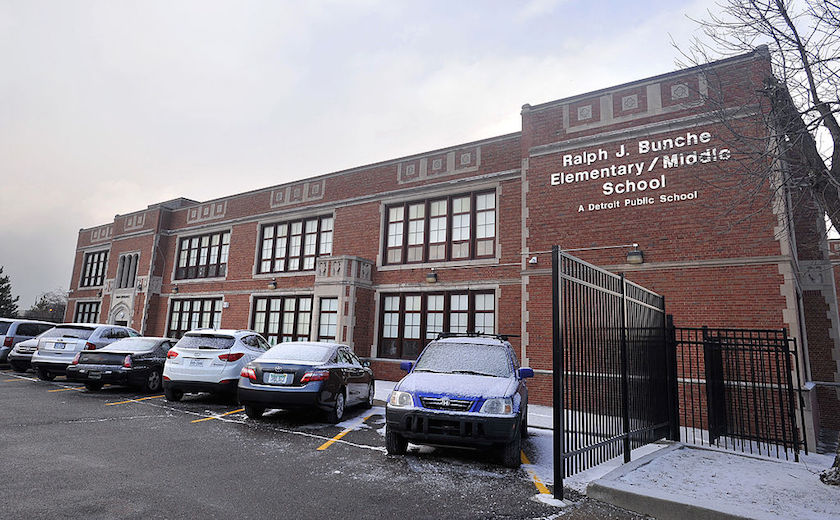 DETROIT, MICHIGAN - DECEMBER 11: Bunche Elementary-Middle School, Detroit Public School (DPS), seen Wednesday December 11, 2013 in Detroit. Bunche is one of the schools were efforts have been successful in keeping student enrollment up and consistent. (Photo by Bryan Mitchell/Bloomberg)
Photo by Bryan Mitchell—Bloomberg via Getty Images

More than 80 Detroit schools will be closed Wednesday due to high teacher absences, according to the school system’s website. Educators are coordinating calling in sick in order to protest low funding levels and poor working conditions at schools.

“Detroit’s public schools are in a state of crisis,” the Detroit teachers’ union wrote on its website. “Children are struggling in schools with hazardous environmental and safety issues. Educators have made significant sacrifices for the good of students, including taking pay cuts and reductions in health benefits.”

Teachers are expected to hand out leaflets and petition at the North American International Auto Show Wednesday, an event that President Obama is planning to attend. Obama will also meet with Detroit Mayor Mike Duggan, and White House officials say the two are expected to discuss the teacher absences.

In order to increase school funding, the state Legislature is considering creating a second public school system in Detroit that could accept money for classroom needs while the current Detroit Public School system retains the city’s debt. Currently $1,200 of the government funding allocated per student is used to pay down debts, according to Republican legislator Geoff Hansen.