President Obama to Meet with Flint Mayor Amid Water Crisis 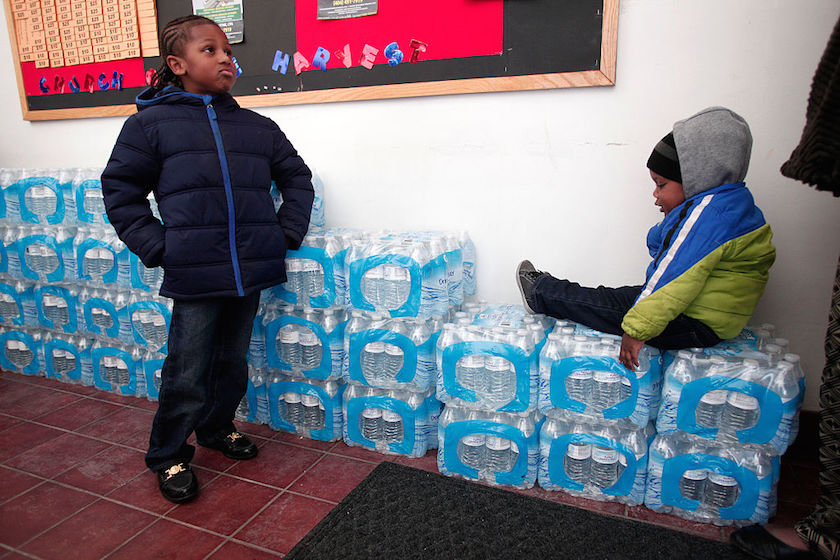 FLINT, MI - JANUARY 17: Justin Roberson (L), age 6, of Flint, Michigan and Mychal Adams, age 1, of Flint wait on a stack of bottled water at a rally where the Rev. Jesse Jackson was speaking about about the water crises at the Heavenly Host Baptist Church January 17, 2016 in Flint, Michigan. U.S. President Barack Obama declared a federal emergency in Michigan, which will free up federal aid to help the city of Flint with lead contaminated drinking water. Michigan Gov. Rick Snyder requested emergency and disaster declarations after activating the National Guard to help the American Red Cross distribute water to residents. (Photo by Bill Pugliano/Getty Images)
Photograph by Bill Pugliano—Getty Images

White House Press Secretary Josh Earnest said that President Obama is likely to meet with the Mayor of Flint, Mich. at the White House on Tuesday.

Mayor Karen Weaver is in Washington this week for a meeting of the U.S. Conference of Mayors and stopped by the White House on Tuesday for a series of meetings. Weaver has already met with White House Senior Adviser Valerie Jarrett and Earnest said Tuesday a meeting with the president is also likely.

The White House did not say whether the president is scheduled will stop in Flint, Mich. during his visit Detroit on Jan. 20. Obama will be in Detroit for the 2016 North American International Auto Show where he hopes to tout strong auto sales and “experience firsthand the remarkable progress made by the City, its people and neighborhoods, and the American auto industry.”

Earnest gave reporters a sense of the White House’s involvement in the response to the water crisis, just days after Obama signed an emergency declaration on Saturday because of the significant levels of lead that have been found in the Flint water supply.

The Department of Health and Human Services has been deemed the lead agency in charge of the response, dispatching a team led by Dr. Nicole Lurie, the HHS Assistant Secretary for Preparedness and Response, who will coordinate with state and local officials as well as identify areas where the Obama administration can help further. Overall, however, Earnest said the response should be led by the state.