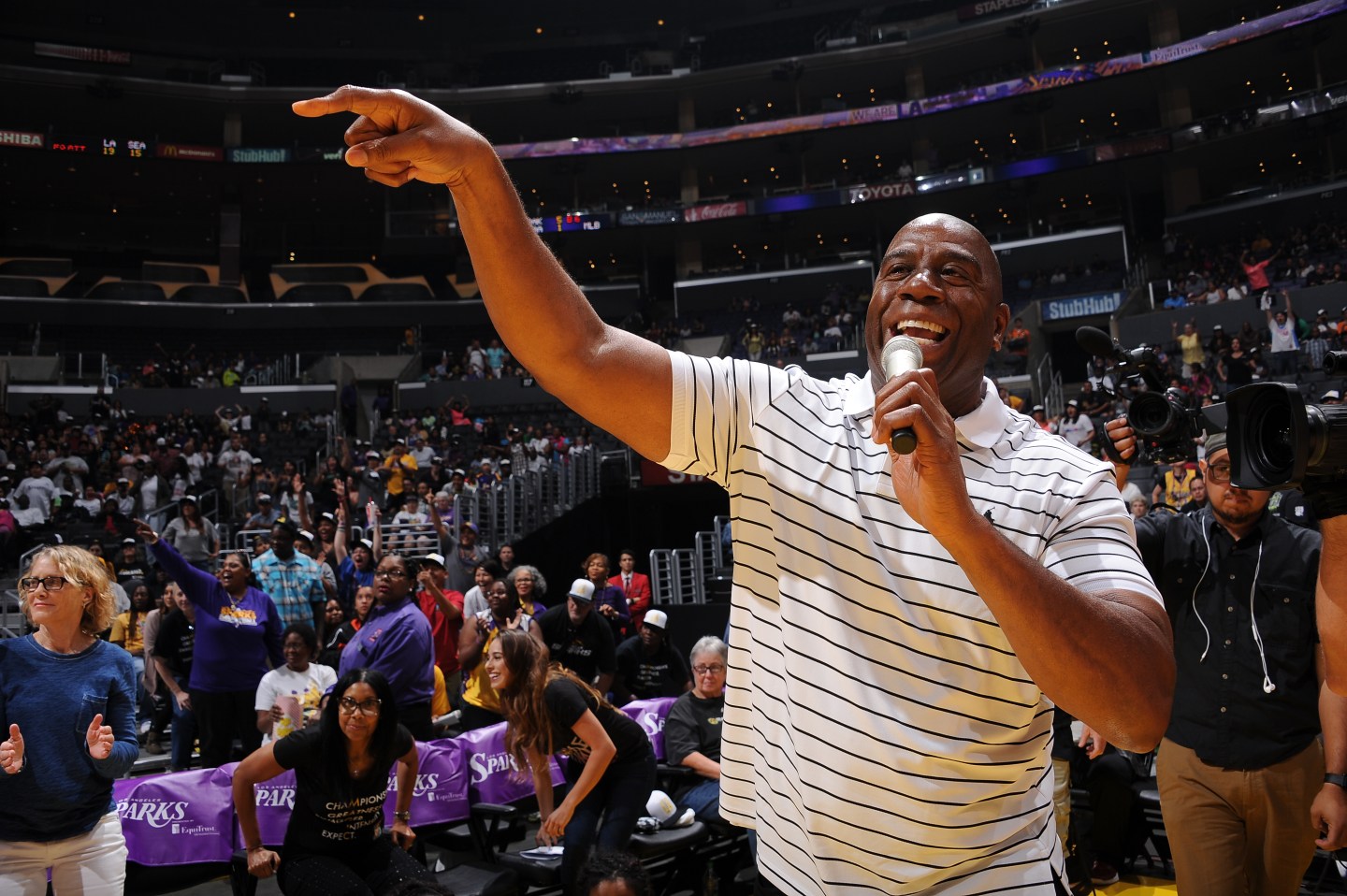 LOS ANGELES, CA - JUNE 14: Magic Johnson attends the game between the Seattle Storm and the Los Angeles Sparks on June 14, 2015 at STAPLES Center in Los Angeles, California. NOTE TO USER: User expressly acknowledges and agrees that, by downloading and or using this photograph, User is consenting to the terms and conditions of the Getty Images License Agreement. Mandatory Copyright Notice: Copyright 2015 NBAE (Photo by Juan Ocampo/NBAE via Getty Images)
Photograph by Juan Ocampo — NBAE/Getty Images

The Los Angeles Rams started selling 2016 season tickets on Monday and Los Angeles Lakers legend Magic Johnson was among the first to put down a deposit.

At last count, over 8,000, $100 deposits had been placed for tickets, according to the team. At least 5,000 of those tickets sold in the first five minutes they were available.

The tickets are for a spot at the Los Angeles Memorial Coliseum, where the Rams will call home through at least the 2018 season.

I got my @RamsNFL season tickets! I'm so excited and can't wait to see OUR team next season! #Rams

The Rams will begin construction soon on a $2 billion, 80,000-seat stadium in Inglewood that is scheduled to open in 2019.

Fans who put down deposits for season tickets this year will also have the first opportunity to buy personal seat licenses for Inglewood when those go on sale.