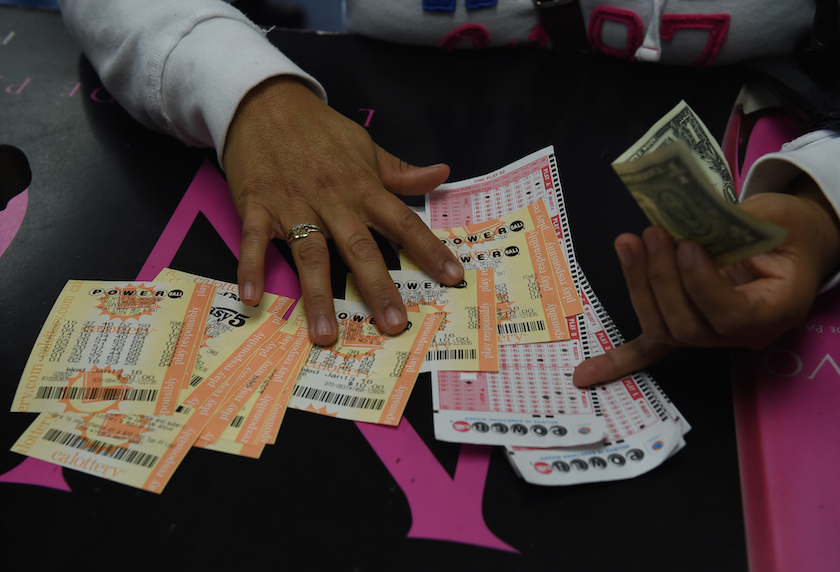 A customer picks up her California Powerball lottery tickets at the famous Bluebird Liquor store which is considered to be a lucky retailer of tickets, in Hawthorne, California on January 13, 2016. Record sales drove up the largest jackpot in US history to a whopping $1.5 billion as people dreaming of riches flocked across state lines and international borders to buy tickets. / AFP / MARK RALSTON (Photo credit should read MARK RALSTON/AFP/Getty Images)
Photograph by Mark Ralston — AFP/Getty Images

A Tennessee couple stepped forward Friday to claim their share of the Powerball jackpot.

Lisa and John Robinson had one of three winning tickets for $1.6 billion prize drawing, the Tennessee lottery president Rebecca Hargrove announced. Appearing at a news conference at Tennessee lottery headquarters Friday afternoon, the Robinsons told the media that they have elected to take their earnings as a lump sum payment since they are “not guaranteed tomorrow.”

The Robinsons say they bought their tickets at a local grocery store in Munford, Tenn., at the behest of Mrs. Robinson, who watched the Wednesday night drawing, carefully writing down the winning numbers. Two other winning tickets were sold in Chino Hills, Calif., and Melbourne Beach, Fla., but the winners there have not been announced yet.

Lump sum payments for each of the winners will payout about $327 million after taxes, the Associated Press reports. The first thing the Robinsons say they plan to do? Pay off their daughter’s student loans and show up for work on Monday.