Welcome to the ‘Academy Awards’ of Coin Collecting 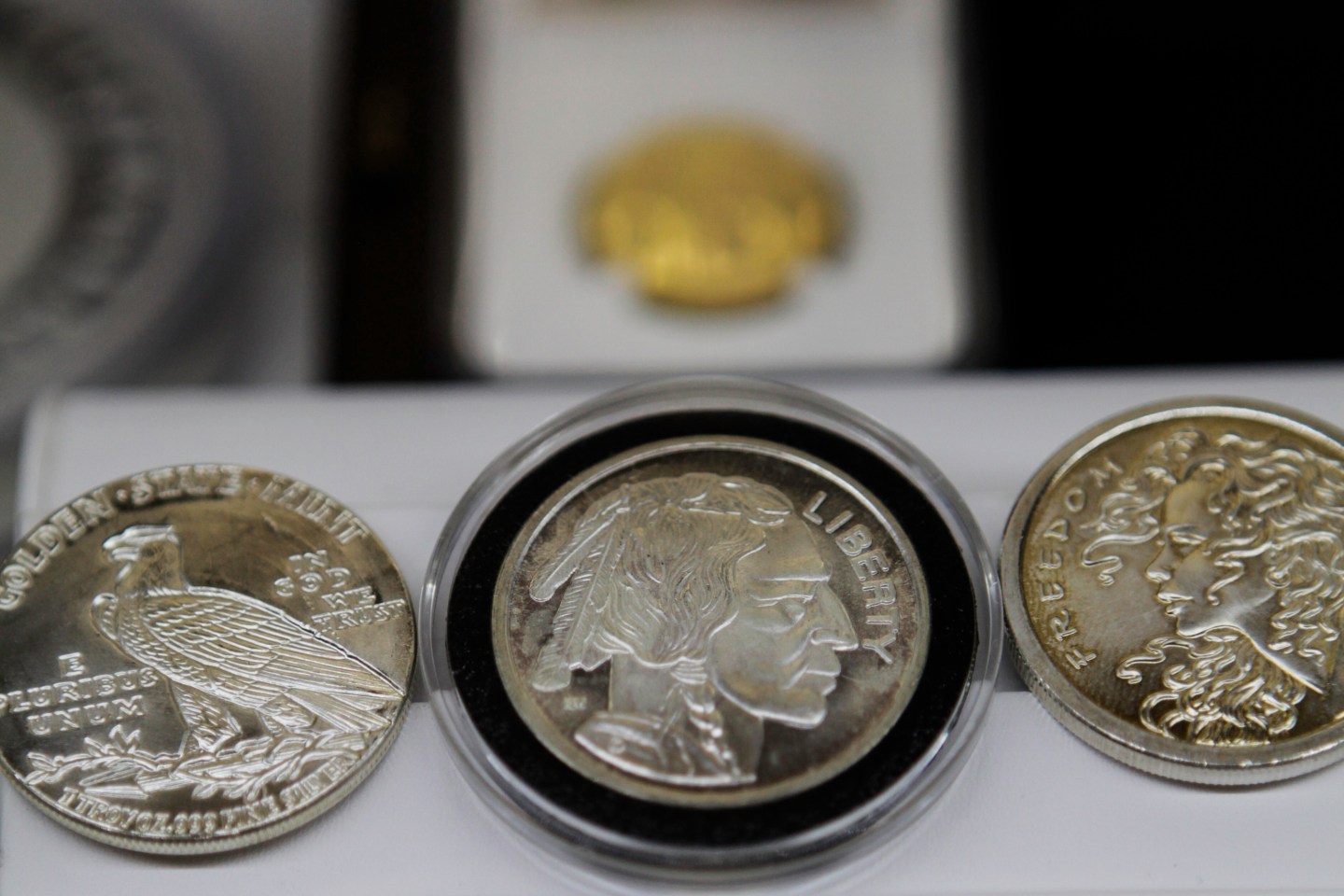 On January 7, on a brisk winter evening, a throng of the money-obsessed gathered at the Waldorf Astoria, on Park Avenue in New York. But unlike many meet-ups at this Manhattan moor, this occasion wasn’t marked by hedge fund managers, investment bankers, and corporate lawyers fixated on making more money. Rather, this group was consumed with the study, collection, and dealing of it. Such was the annual dinner gala of the American Numismatic Society (ANS), an organization devoted to the preservation and scholarship of coins and currency.

“This is our Academy Awards,” said Sydney Martin, the president of the organization. The event was part fundraiser ($600 per ticket), part awards ceremony in which numismatic luminaries were recognized for their contributions to the field. But a more apt comparison would have been the Golden Globes, as guests were seated under three dimly lit chandeliers and at round white-linen clothed tables, as they dined on a menu of cucumber wrapped chopped salad, sliced tenderloin au poivre (with sugar snap peas), and chocolate savarin. They imbibed Canyon Road cabernet and chardonnay, with a night-cap of Remy Martin VSOP cognac, while dancing to a twinkling jazz quintet performing “Someday My Prince Will Come.” There were even whispers of an after party in a coin dealer’s suite. Though Ricky Gervais wasn’t on hand to emcee the event, Andrew Reinhard, ANS Director of Publications, amused the guests with plenty of pecuniary puns: “Take it on face value that they know how to coin a phrase,” and “If they went on strike, I think we would die.”

Among the notable guests were David Bowers, a legendary numismatist, and one half the namesake of Stack’s Bowers Galleries, an auction house and coin dealer located near Carnegie Hall. Larry Stack whose family founded the firm was also in attendance.

Also joining the occasion was Paul Volcker, former chair of the Federal Reserve, who isn’t a coin collector. “But once I got a bunch of coins from my grandmother, and they weren’t worth anything,” he said. He was there to support his friend John Adams who he had met on a fishing trip. Adams, along with his wife Regina, were the recipients of the Trustees’ Award, which honors those who have advanced the mission of the ANS. Adams was the founder of a Boston-based investment bank, and has written several numismatic works including Monographs on Varieties of United States Large Cents, 1793-1794. In his acceptance remarks, Adams confessed that numismatists are an odd bunch, but “these eccentricities are endearing,” he said.

One of the charming qualities of these collectors is how they see their muse as portals to the past. “Unlike an Ionian or Roman vase that is locked away at a museum, you can actually touch the coins that circulated in these ancient worlds,” said Matthew Wittman, an assistant curator at the ANS who runs their blog Pocket Change. “They are little pieces of history that anyone and everyone can interact with,” he said. At his table was a wide cross section of professionals who had fallen for the coin — an electronic technician interested in New Jersey pieces and a radiologist who wrote a book on pine tree shillings.

In remembering a forgotten world, collectors and dealers have recreated another, specialized one in which little chunks of silver and gold are touchstones not just for ancient times but current events. “We have a real problem with ISIS,” said Martin. “Many coins are showing up on eBay (EBAY) from Syria, and nobody knows how they ended up there,” he said. ISIS is apparently selling these antiquities to help fund its operations. Ute Wartenberg Kagan, executive director of the ANS, authored a paper on the topic of money from Syria, in which she notes that a senior ISIS commander was captured while in possession of several valuable coins. And numismatics books were among the items confiscated from ISIS fighters last year. Of concern is whether these antiquities should be bought or sold at all.

That these little pieces of history are hoarded among radicals and venerated among scholars speaks to their universal value and appeal. However, not everyone recognizes the value of understanding the coin. “Not once has an economist visited our headquarters,” said Kagan. “They miss understanding the very real ways in which people use money. Coins let us see the bigger historical picture.”