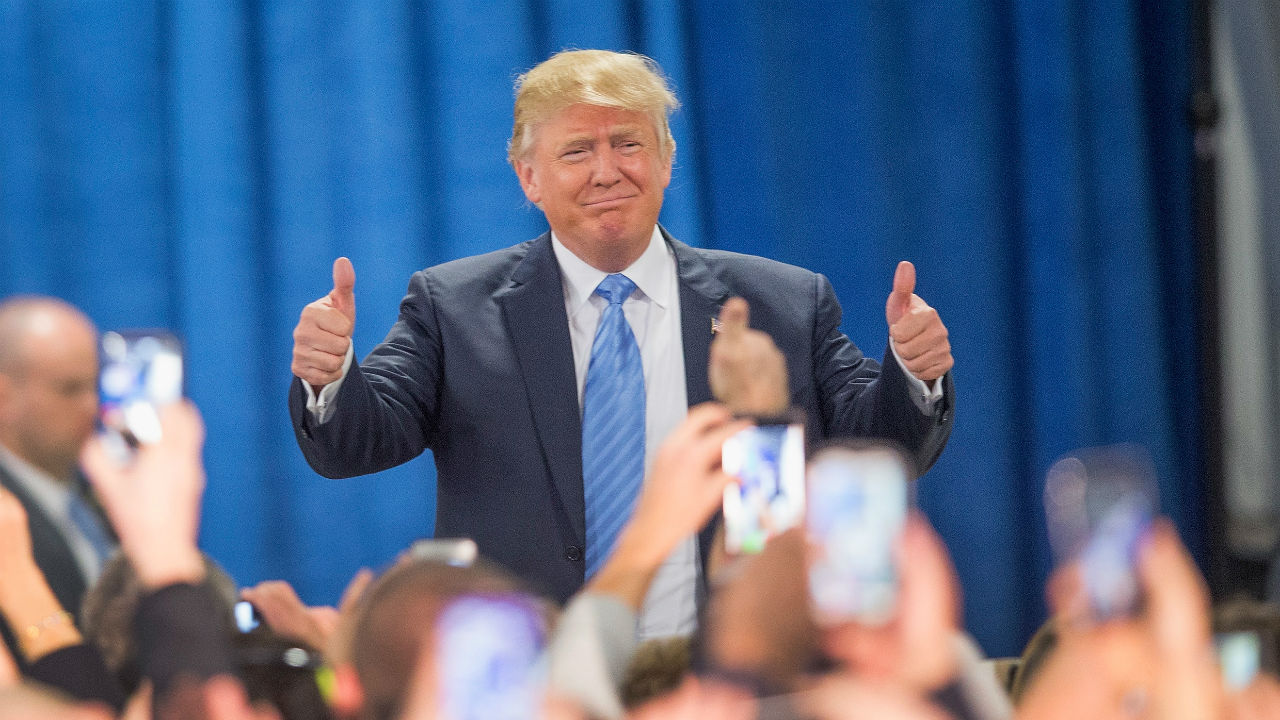 Donald Trump took a potshot at The New York Times during last night’s GOP debate, repeatedly insisting that he didn’t tell the paper’s editorial board that he would slap a 45% tariff on goods coming into the U.S. from China. The only trouble for Trump? The editorial board meeting was being taped.

Here was the beginning of the debate exchange:

CAVUTO: Mr. Trump, sometimes maybe in the heat of the campaign, you say things and you have to dial them back. Last week, the New York Times editorial board quoted as saying that you would impose, “up to 45 percent tariff on Chinese goods.”

TRUMP: That’s wrong. They were wrong. It’s the New York Times, they are always wrong.

TRUMP: They were wrong.

On Friday afternoon, the NY Times posted audio of the exchange, in which Trump clearly says the following:

I love free trade, but it’s gotta be reasonably fair. I would do a tax. And let me tell you what the tax should be, the tax should be 45 percent. That would be a tax that would be an equivalent to some of the kind of devaluations that they’ve done. They cannot believe that we haven’t done this yet.

Don’t expect an apology from the Trump camp any time soon, but we have reached out for comment just in case…