Rupert Murdoch is Getting Married to Jerry Hall 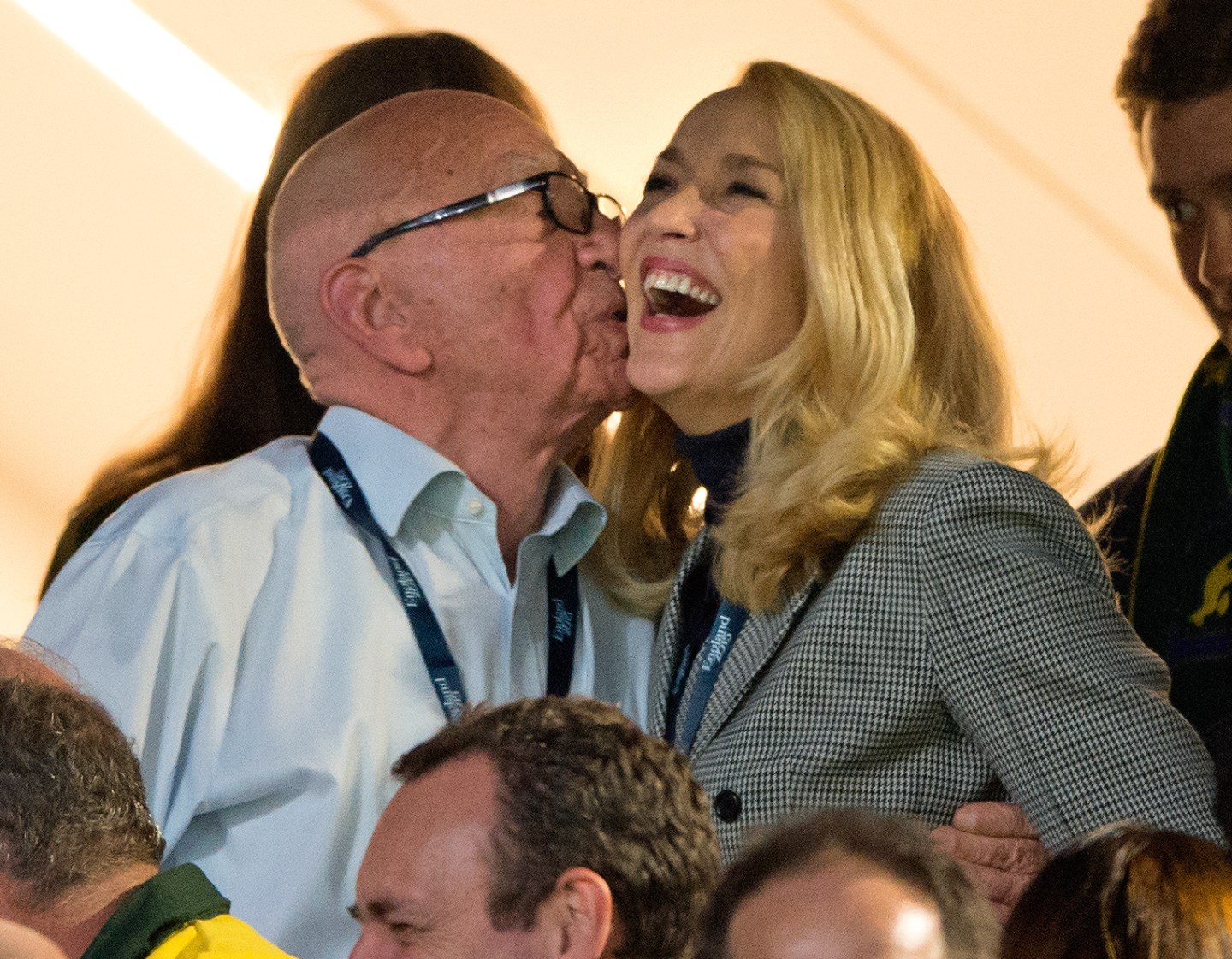 Well, how’s that for a tonic to put a smile back on the world’s face after the carnage on world stock markets and the death of David Bowie?

Billionaire media mogul Rupert Murdoch is getting married for a fourth time at the age of 84–to ex-supermodel Jerry Hall, 59.

The couple announced their engagement to the world via an advertisement in The Times of London, one of the newspapers owned by Murdoch’s News Corp. (NWS).

Separately, The Times reported that the couple had been dating “since late summer”, when they were introduced by one of Murdoch’s sisters and his niece Penny Fowler, in Australia. They had been pictured together at the Rugby World Cup final in London in October, sparking rumors of something more serious. The couple got engaged last weekend in Los Angeles, where they were attending the Golden Globes awards ceremony, and spent Christmas introducing their respective children to each other on a yacht in the Caribbean, The Times said. Murdoch has six children, Hall four.

Ms. Hall is marrying for the first or the second time, depending on your view of the validity of her union with Rolling Stones frontman Mick Jagger. When the two divorced in 1999, Jagger claimed that their Hindu ceremony, performed in Bali in 1990, was invalid.

Murdoch has been one of the world’s most eligible bachelors since 2013, when he divorced his third wife, Chinese-born Wendi Deng. That marriage hit the rocks amid allegations that Deng had had an extra-marital affair British ex-Prime Minister Tony Blair. Blair’s office has vigorously denied any improper liaison with Deng.

For reasons that competing media organisations can only guess at, commentary on social media about the forthcoming union was overwhelmingly cynical, ageist and imbued with a small-minded, generally left-wing anti-Murdoch spirit, and it would be beneath this title’s dignity to reproduce any of it here, just to satisfy the urge for a cheap laugh. Oh alright, here’s one. Just one, though. You can find the rest yourselves.